It is one of those rare events that captures the imagination of people around the Earth for more than a few minutes. While the headlines were filled with what is considered newsworthy yesterday, people around the world took the time, if the weather permitted, and location, to view an event most will likely never see again.

Reports are coming in from far and wide of thousands people who gathered here or there to watch the last transit of Venus for 105 years. I attended one such event in Mississauga, which is just west of Canada’s largest city Toronto. Over 1000 people came to see Venus and to ask questions of the astronomers. They were excited. 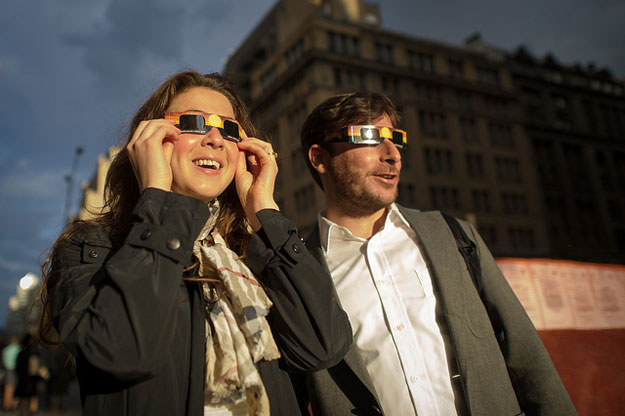 I’ve not seen this kind of excitement since the 2003 closet approach of Mars to the Earth in almost 60,000 years. At that time people lined up for a glimpse through a telescope at Mars, though many just looked up and saw our bright redish-orangish neighbour.

Where I was, astronomer and SpaceRef editor Randy Attwood, was shouting out the countdown. “1 minute to go” his voice rang out. Smiles and anticipation could be seen on everyones face. And Venus did not disappoint. 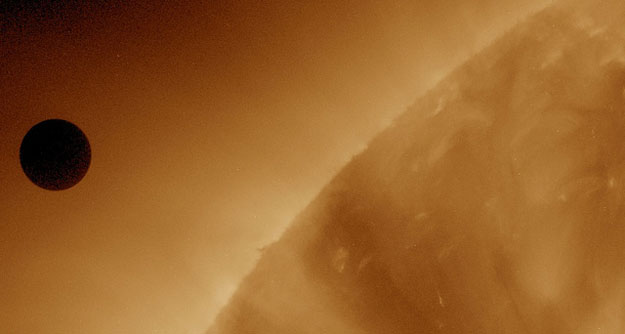 It took a few minutes for Venus to show a teardrop shape at the edge of the Sun, but once it did people lined up for the view. We were fortunate as the weather cleared just in time to watch the event. And as the sun set the clouds moved in again. It was almost as if divine intervention had allowed us to see Venus on its journey through the sky.

There are tens of thousands of pictures posted online of this event making it one of the most photographed events of all time. As well, NASA and others like the Keck Observatory had unprecedented live broadcast coverage on the Internet. 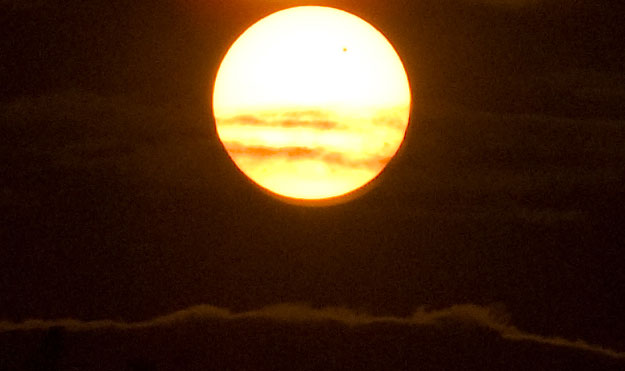 Boucher is an entrepreneur, writer, editor & publisher. He is the founder of SpaceQ Media Inc. and CEO and co-founder of SpaceRef Interactive LLC. Boucher has 20 years working in various roles in the space industry and a total of 30 years as a technology entrepreneur including creating Maple Square, Canada's first internet directory and search engine.
@marckboucher
Previous Today is your Last Chance to see the Transit of Venus Until 2117
Next Canadian Space Agency Launches Photo Contest with Astronaut Chris Hadfield 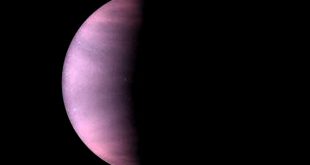 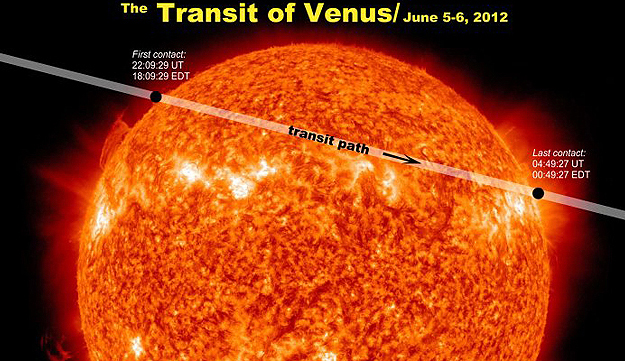