A synthesized false color image of Venus using 283-nm and 365-nm images taken by UVI. Images are colorized as follows: 283 nm → blue; 365 nm → red; mixture of both → green. In the 283 nm band observed by UVI, there is an absorption band of sulfur dioxide (SO2). Also, there is an absorption band of an unidentified chemical substance in the 365 nm band. For example, it can be said that the amount of SO2 is relatively low in the bluish areas in this image. A lying V-shaped pattern can be seen in a UV image of Venus like this. Credit: PLANET-C Project Team/JAXA.
Share

Venus, our “sister” planet, is Earth sized with an atmosphere that some scientists say has been overlooked as we explore the solar system to learn more about Earth.

Recent missions have been led by the European Space Agency (ESA) and the Japanese Aerospace Exploration Agency (JAXA).

The ESA mission was the Venus Express orbiter which entered orbit in 2006 and was last heard from in November 2014.

The JAXA Akatsuki orbiter failed to make orbit in 2010 and spent another five years making it back before succeeding in entering orbit on December 7, 2015. The mission is ongoing.

What do we know about Venus

Venus has no seasons and takes 225 days to circle the sun. Because Venus spins backwards, one day lasts 243 Earth days with its sun rising in the west and setting in the east.

According to NASA “the planet’s surface temperature is about 900 degrees Fahrenheit (465 degrees Celsius) — hot enough to melt lead” and scientists believe water once existed on the surface.

To learn more about the history and some of the unique qualities of Venus, NASA’s Jim Garvin of the Goddard Space Flight Center, recently narrated a fascinating 30 minute video which were featuring in this episode of Science Weekend.

This is how they introduce the video:

“Venus, our nearby ‘sister’ planet, beckons today as a compelling target for exploration that may connect the objects in our own solar system to those discovered around nearby stars. Yet, humanity’s exploration of Venus has been hampered by confusion, technological challenges, and lack of tenacity. In an era that will soon witness a return of people (women and men) to the surface of the Moon and the arrival of samples from the planet Mars to Earth laboratories, together with space tourism and perhaps a new space-based economy, Venus stands out as the least explored of the planets in our solar system. That must change. Building – but woefully incomplete – evidence suggests Venus may have harboured oceans as recently as 1 billion years ago, yet today is as uninhabitable as any location we have explored in the past 60 years of the current space age. Thus, Venus may offer glimpses of Earth’s distant past, while holding insights into our own planet’s environmental destiny.”

“As humanity pushes the frontiers of exploration here on Earth and commemorates the 500th anniversary of Magellan’s circumnavigation, a new ‘frontier’ looms – that of Venus and its massive, chemically complex atmosphere, hellishly hot surface, and mysterious mountainous regions. It is conceivable that over the next decade or so, robotic emissaries from Earth will return to Venus to unravel her untold secrets and illuminate her Earth-relevant history. These missions of exploration will connect Earth and Mars to our sister world, and arm scientists with perspectives needed to understand how ocean-bearing planets evolve, potentially fostering life.”

Jim Garvin takes us on a visit to Venus

NASA recently selected four Discovery Program class missions to develop concept studies for new missions. Two of those mission concepts are for Venus. NASA may elect to one or more missions, though it could decide to pass on all of them. A decision is expected next year.

Here are the two Venus missions:

“DAVINCI+ will analyze Venus’ atmosphere to understand how it formed, evolved and determine whether Venus ever had an ocean. DAVINCI+ plunges through Venus’ inhospitable atmosphere to precisely measure its composition down to the surface. The instruments are encapsulated within a purpose-built descent sphere to protect them from the intense environment of Venus. The ‘+’ in DAVINCI+ refers to the imaging component of the mission, which includes cameras on the descent sphere and orbiter designed to map surface rock-type. The last U.S.-led, in-situ mission to Venus was in 1978. The results from DAVINCI+ have the potential to reshape our understanding of terrestrial planet formation in our solar system and beyond. James Garvin of NASA’s Goddard Space Flight Center in Greenbelt, Maryland, is the principal investigator. Goddard would provide project management.”

“VERITAS would map Venus’ surface to determine the planet’s geologic history and understand why Venus developed so differently than the Earth. Orbiting Venus with a synthetic aperture radar, VERITAS charts surface elevations over nearly the entire planet to create three-dimensional reconstructions of topography and confirm whether processes, such as plate tectonics and volcanism, are still active on Venus. VERITAS would also map infrared emissions from the surface to map Venus’ geology, which is largely unknown. Suzanne Smrekar of NASA’s Jet Propulsion Laboratory (JPL) in Pasadena, California, is the principal investigator. JPL would provide project management.”

“The concepts were chosen from proposals submitted in 2019 under NASA Announcement of Opportunity (AO) NNH19ZDA010O, Discovery Program. The selected investigations will be managed by the Planetary Missions Program Office at NASA’s Marshall Space Flight Center in Huntsville, Alabama, as part of the Discovery Program. The Discovery Program conducts space science investigations in the Planetary Science Division of NASA’s Science Mission Directorate, guided by NASA’s agency priorities and the Decadal Survey process of the National Academy of Sciences.”

Boucher is an entrepreneur, writer, editor & publisher. He is the founder of SpaceQ Media Inc. and CEO and co-founder of SpaceRef Interactive LLC. Boucher has 20+ years working in various roles in the space industry and a total of 30 years as a technology entrepreneur including creating Maple Square, Canada's first internet directory and search engine.
@marckboucher
Previous The Hubble Space Telescope Turns 30
Next The Canadian spaceport launch vehicle power rankings 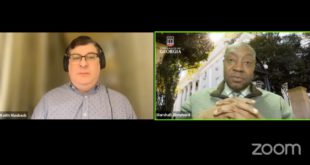 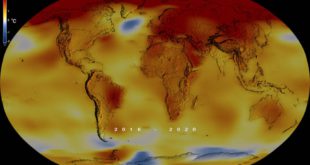