The first thing people often wonder when they explore Slooh is about where its name comes from. The second thing they wonder is what it’s supposed to be. Is it a multiplayer game? An educational website? An astronomy tool? To a greater or lesser extent, Slooh is all of those things. But which one is the focus. Which is it supposed to be?

It may be best to look at Slooh as the answer to a deceptively simple-sounding idea: “can you make an observatory that everybody can use?” Slooh founder Micheal Paolucci and his team have been working on answering that question for over a decade. They proved it was possible by building two remotely-controlled multi-telescope observatories in Chile and the Canary Islands that can photograph  both very distant and very close objects in space. The name, by the by, is a play on the telescope movement term of “slewing”.

It’s the control mechanisms that make Slooh truly unique, as it’s the users that tell the telescopes where to look. Users can make half-hour reservations (called “missions”) where they direct the telescope at whatever they’d like to look at. Other users can join missions as well. At the start of each half-hour mission, Slooh’s proprietary technologies and algorithms present a clarified and enhanced image of that area of the sky and information on the telescope’s direction and zoom.  Slooh then automatically saves the image for each user on the “mission.” Users slowly build a portfolio of images.

This is the realization of Paolucci long-standing dream. After losing a friend in the 9/11 attacks, and inspired by the works of Carl Sagan, Paolucci came to believe that one powerful tool for reducing conflict would be creating communities of people who watch the stars together.

In an interview with SpaceQ, Paolucci said that they realized they faced a big problem: people didn’t do that anymore. Vast numbers of people live in areas with significant light pollution, and the number of local astronomy hobby shops and clubs has significantly declined. People often don’t even know how to use a telescope to explore the stars, let alone have the opportunity or drive to do it.

So, as is often the case in the 21st century,  Paolucci and the Slooh team started building this community online. Over fifteen long years, they found locations for their fully-automated observatories, got them built, and began developing and acquiring the digital technology they needed to make Slooh happen.

When Slooh launched, it fit that basic role of a community-driven observatory, and it began developing a tight community of users, while getting promotional drive from news publications and online streaming. Paolucci said he is still very proud of how Slooh powered the Google Doodle of the total Lunar Eclipse on June 15th, 2011, for example. Yet while the underlying technology is impressive and the community was growing, the UI was simple and straightforward. It was largely built from off-the-shelf parts.

Slooh has recently moved in a more education-focused direction over time, reflecting Paolucci’s belief that people need to learn how to observe space. In 2017, Slooh started exploring the site’s educational possibilities, led by their VP of Education, Paige Godfrey. They were awarded an NSF grant in late 2017 aimed at using “gamified, curated astronomy curricula that bring authentic remote observing practices into the classroom” in order to help students develop an interest in astronomy. This funded an outreach to educators. It also funded an extensive revamp of the Slooh experience that has been refined into Slooh’s recently-relaunched user interface.

Now, Slooh focuses on “quests” — multimedia interactive presentations that use the students’ own Slooh photographs to teach them about space. Students are directed to either create or join a Slooh mission, and if the mission successfully gets images of the sky, those images are used as part of lessons that teach students about everything from Nebulae to the Moon.

Since Slooh works from real images — and since users must use images that they’ve gathered themselves from their own missions — it helps to teach patience. Even if there’s no cloud cover or other issues, many stellar objects will not be available during certain times of the month, or even times of the year. That means that one “quest” can take a week, a month, or whole seasons to finish. Paolucci pointed to one quest involving the Pleiades which can only be done on one day per year. If you miss it? You’ll have to wait for next year. That’s the reality of astronomy that Slooh works to teach.

Slooh is working on building another observatory to give the site 24-hour astronomy capabilities, and is continuing to add new education quests with the help of their large and growing community of astronomy fans and experts. Each mission and quest also now gives students “gravity points,” which are tracked for individuals, for groups, and for the whole Slooh community. These sorts of systems are a key part of educational gamification.

Slooh is also working on an “object map” that will help people who are more interested in tracking particular stellar objects. Paolucci demonstrated the new interface, talking about a Slooh user group that is particularly focused on tracking asteroids, and set up a mission to observe Asteroid Flora to demonstrate how users like these could work together to focus on a particular object.

And that’s how Paolucci sees the resolution of this question of “is it a game? Is it educational? Is it a tool”? To Paolucci, Slooh is a community. He wants “democratize access to space,” helping people join each other in live stargazing wherever popular. They aim to continue to create tools where users can come together and excitedly talk about the same Cosmos that Sagan wrote about.

Craig started writing for SpaceQ in 2017 as their space culture reporter, shifting to Canadian business and startup reporting in 2019. He is a member of the Canadian Association of Journalists, and has a Master's Degree in International Security from the Norman Paterson School of International Affairs. He lives in Toronto.
Previous How to see the great Jupiter and Saturn conjunction
Next The Lunar VIPER rover and the space economy 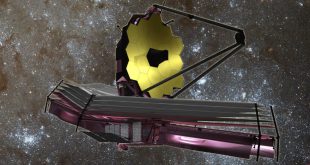