The Lunar VIPER rover and the space economy

NASA’s Volatiles Investigating Polar Exploration Rover, known as the VIPER rover, is a precursor science mission for the Artemis program. It is scheduled to be delivered to the surface of the Moon in December 2022. It’s also important to the space economy.

Today is December 21st, the Winter Solstice, and also the Great Conjunction of Jupiter and Saturn. For the Space Economy podcast, it is the beginning of our annual three part Winter Series where we feature content from other creators.

This year we’re featuring three episodes all related to NASA’s return to the Moon with the Artemis program, and all are intertwined in the space economy of today and tomorrow.

The first episode is on NASA’s VIPER rover, a precursor science mission that does double duty in providing new data that will help scientists better understand the Earth-Moon dynamic, while at the same time providing key data to those interested in using lunar resources as part of a future lunar economy. The content originated from the Future in Space Operations weekly teleconference. The guest speaker is Dan Andrews, Director of Engineering at NASA’s Ames Research Center. The presentation that goes with this podcast is available below.

SpaceQ’s podcasts, The Space Economy and Terranauts, are available on Spotify, Apple Podcasts, Google Podcasts and your favourite podcast app.

Boucher is an entrepreneur, writer, editor & publisher. He is the founder of SpaceQ Media Inc. and CEO and co-founder of SpaceRef Interactive LLC. Boucher has 20+ years working in various roles in the space industry and a total of 30 years as a technology entrepreneur including creating Maple Square, Canada's first internet directory and search engine.
@marckboucher
Previous Slooh’s unique approach to community-driven astronomy
Next CASCA sets astronomy observation, funding and diversity recommendations in new report 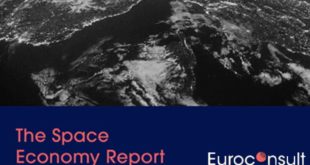