Women in Space are Having a Greater Impact

When Larisa Beach started in the aerospace industry more than three decades ago, she was a lone woman in a man’s world.

“I was basically told I would go nowhere because I wasn’t a man,” she says, “I even had one place I applied to say you’re just going to get pregnant, have kids and leave.”

Early in her career in Canada, Beach tried to enter the technical sector, but even when hired for technical jobs, she’d be put into data collection. If it was not what she wanted to do, Beach would quit. She worked hard and etched out a space for herself. After some time building knowledge in the aerospace and defence sectors, Beach founded Neptec 27 years ago. She’s spent much of the past two and a half decades with the company, which develops space technologies, for governments and industry, including NASA.

“The difference between then and now, is like night and day,” says Beach, “the battle today is the same one men and women face. You have to be qualified.”

Yet, there is still a representation problem with women in science, technology, engineering and math (STEM) industries. Which is why Beach was onstage at the annual Canadian Space Society (CSS) Space Summit in Ottawa last week. She was one of four women discussing their experiences as women in the space industry.

These included Taryn Tomlinson, an engineer and chief of staff at the Canadian Space Agency (CSA), Stella Melo, a manager in observation based research at Environment Canada, and Elise Harrington, a master’s student in Earth and planetary sciences at Western University.

While former astronaut, Julie Payette recently became Governor General of Canada, raising the profile of women in STEM, she is part of an exclusive club of women.

Out of the more than 500 people who have been to space, 59 have been women.

Out of the 14 Canadians recruited for astronaut training, 3 have been women.

According to the 2011 Statistics Canada census, women made up only 39 per cent of graduates from STEM programs. This is compared to 66 per cent graduating from non-stem programs.

While women graduating from STEM programs was up 16 per cent from 30 years earlier, it marks an area where women are still fighting for representation. In engineering, it’s worse. Only 23 per cent of engineering graduates between the ages of 25 and 34, were women.

While these statistics are from 2011, they point to a trend which has gotten more and more attention in recent years. The 2016 census results for education levels, will be released on November 29, making a more current trend study possible.

The factors preventing women from reaching parity in STEM and space sectors are systemic and social, but are changing.

The youngest panelist, Harrington, comes from the millennial perspective. She speaks of “imposter syndrome” which she says she finds is higher among women. Imposter syndrome is where someone feels as though they do not belong, or are not good enough for the position they are in, or want to be in. Has implications for women applying for jobs in which one does not meet all the criteria.

A high profile example of this comes from just last year. Even with a conscious effort by the CSA to have women apply to their astronaut recruitment program, fewer than a quarter of the applicants were women.

Yet, qualified candidates are out there, one of the two CSA astronaut candidates selected last year was a woman, Jenni Sidey. The Cambridge lecturer with a PhD in combustible engineering beat out thousands of Canadians for this opportunity.

Panelists pointed to more inclusive job postings as one way of opening up jobs to women. Rewording job descriptions so that they’re not male-centric could encourage women to put their name in the running. Qualifications that could put women off could be as simple as demands for heavy lifting.

Tomlinson has space science and electrical engineering degrees, she’s worked with the European Space Agency, cofounded a space start-up, and has worked on the International Space Station’s Canadarm 2 and Dextre.

When hiring, Tomlinson says, look at candidates’ character and treat them as more than a list of CV-appropriate accomplishments, as people do many wonderful things that they do not list on their resumes.

Tomlinson mentioned a story where a few months ago, she was speaking with an executive director she admired. However, in this instance, he told her, “‘I’ve just reviewed a pile of CV’s, and mid-career, I find that men are just more qualified than women.’”

“That ‘more’ word is what bothers me,” says Tomlinson. “I think he’s talking about the titles, the accomplishments, the certifications, all the things you can check off on a CV. And some images of himself.”

Tomlinson stresses that she likes and respects these people who are doing this hiring, but that it’s a shift in thinking that needs to happen.

“You need people beside you who are not thinking like you, and we keep seeing people hire cookie-cutter images of themselves.”

This is an important observation considering a recent study that found that five per cent of Canadian CEOs in the technology industry are women. The study found as well, that the average technology company executive team is, on average, only 13 per cent female.

The study was conducted by PwC, MaRS Discovery district and MoveTheDial.

Sexual harassment is a media darling topic today. There is an ongoing massive takedown of powerful Hollywood men who have been accused of sexual harassment by women as successful as Angelina Jolie and Uma Thurman. The popular hashtag #metoo has helped women in other industries speak up about their own experiences being objectified or harassed.

While some women at the conference noted that they in no way felt that they could compare their experiences in industry with Hollywood, Harrington comments that, “Just because other women have it worse, doesn’t mean we don’t need to have these conversations.”

Harrington tells the story of, as an undergraduate, being on internship in Japan. An older, male, PhD student announced to Harrington that she’d been voted, by his male colleagues, most attractive of the female interns.

“Why was I being critiqued in such a way?” Harrington asks the audience, “I’m here to look at meteorites and to dissolve them in acid and run them through multi-million dollar instruments, I’m not here to look pretty for you.”

“It’s not comfortable when you know that this is a way people are judging you,” says Harrington, “and this is something all women seem to face in all aspects of industry.”

In industries where there are fewer female mentors, and where women might still be breaking through preconceptions of inferiority, the more experienced panelists suggest looking for women outside the industry for guidance. Sometimes it’s as little as just needing someone to talk to.

Melo suggests the social sciences, “Those people are great, and then you’re building a bigger bridge.”

While stories of implicit and explicit sexism dominated the women in space discussion, a genuine excitement about STEM professions permeated the discussion and the conference in general.

Tomlinson calls her engineering degree, “A passport to the world.”

Indeed, women made up 38 percent of the panelists at the Space Summit.

They ranged from scientists studying the impact of space travel on human health, to industry representatives for space commerce, to space science museum directors.

After more than thirty years in the business, Beach has found her way through the adversity.

“I’ve always met people, even recently, who were in some ways inappropriate. And you just ignore it. It’s no use getting angry because then you’re just an emotional woman if you do that. You ignore it and prove yourself with your deeds and actions.”

“Nothing is impossible, seize the opportunities, both personal, and in your career,” says Beach, “and then take care of other people.”

Contributed by: Bronwyn Beairsto is a graduate of the Masters of Journalism program at Carleton University and was an apprentice with SpaceQ. 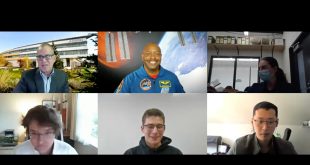 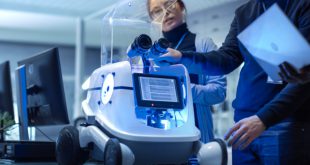 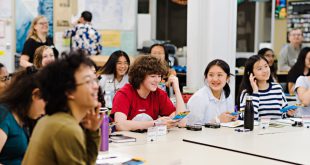 Shad Canada teams up with Luna Design and Blue Origin