CETA’s provisional implementation date is now set for September 21 and it’s an agreement that will benefit both Canada and the European Union (EU). However, as we previously wrote about on this topic, Canada’s space industry is very concerned about CETA as it appears the deal is lopsided in favour of the EU with respect to the space sector.

The one lesson from CETA that space stakeholders should take to heart is that they must insist their industry groups be diligent in dealing with Global Affairs Canada on a free trade deal with China, should it move forward.

At this point we don’t know what, if any space sector related provisions would be included in a free trade agreement with China. But industry groups should be preparing in case negotiations move forward.

In the Court of Public Opinion

According to a Nanos poll reported in the Globe and Mail, “an overwhelming majority of Canadians oppose the sale of two domestic technology companies with military customers to Chinese investors and believe these takeovers should be a top priority for national-security reviews, according to a new public opinion survey”.

This comes after the controversial sale of BC based Norsat International Inc. to China’s Hytera Communications Co.

Canadians have concerns about China’s accumulation of Canadian assets, and in particular those with military implications.

China has also recently been in the news on the 20th anniversary of the handover of Hong Kong by announcing that the signed Joint Declaration “was ‘now history’ and no longer had ‘any practical significance nor any binding force‘”.

That Joint Declaration agreement was registered with the United Nations in 1995. If China is willing to renege on a signed agreement of this nature, it brings into question if they can be trusted. And that is what Canadians seems to be saying in the Nanos poll. Can China be trusted? And is China willing to earn Canadians trust?

Boucher is an entrepreneur, writer, editor & publisher. He is the founder of SpaceQ Media Inc. and CEO and co-founder of SpaceRef Interactive LLC. Boucher has 20+ years working in various roles in the space industry and a total of 30 years as a technology entrepreneur including creating Maple Square, Canada's first internet directory and search engine.
@marckboucher
Previous Vector Space Systems – Small Rockets, Small Satellites and Possibly a Big Payday
Next The Canadian Space Agency Issues RFP for Space Astronomy LiteBIRD Satellite Mission 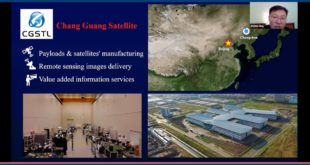 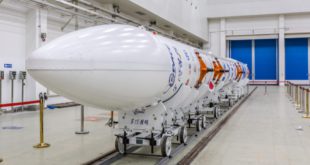