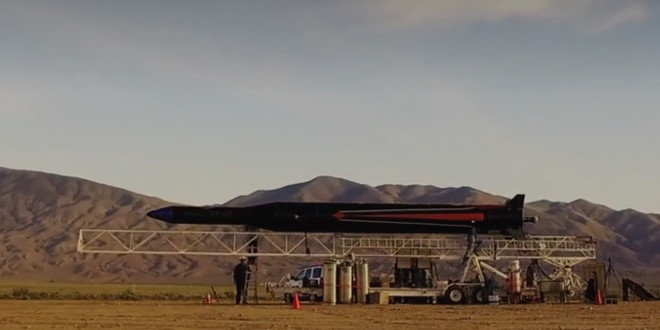 In 2016 Jim Cantrell and group of veteran space professionals started Vector Space Systems. Their goal? Nothing less than than building a small satellite launch company capable of launching upwards of 100 small satellites a year from at least three spaceports.

Jim Cantrell is the CEO and one the founders of Vector Space Systems. I spoke with Jim at length about Vector and their plans. You can listen to the full podcast below.

Some of the highlights of the interview include a company which has just closed its Series A round of funding from Sequoia Capital with participation from Shasta Ventures and Lightspeed for $21 million and having raised just over $31 million in its first year.

The company had a head start though, having purchased Garvey Spacecrafts with its heritage of 15 years of rocket development. John Garvey became one of the founders and Chief Technology Officer.

The company has already completed a block 0 test of a full scale version of the Vector-R rocket, the smaller of the two currently planned launch vehicles. That test went well except for the recovery shute having failed. The company plans another sub-orbital test in August from Camden, Georgia, which is in the process of being certified by the State as a spaceport.

Vector will start doing orbital test flights next year and said it was on track to launch its first customer payloads in 2019.

The smaller of the launch vehicles, Vector-R, will cost $1.5 million while the Vector-H will cost $3 million. An optional third stage is available for both at a cost of $500k to $1 million depending on needs.

To be successful Cantrell said the company will need to develop a rapid assembly line factory to churn out the rockets to meet their goals of launching at least 100 times a year. Some of those satellites being launched will include their own Galactic Sky satellites which will be used to build an “Amazon Web Services” type of constellation in low earth orbit for companies to runt their “space apps”. Satellites as a Service is coming soon it seems.

The company plans on launching from the Pacific Spaceport Complex in Alaska for polar and Sun Synchronous orbits and Cape Canaveral Air Force Station in Florida for low inclination orbits. They will also need another spaceport and are looking at the future Camden Spaceport and even Canada, where a new spaceport may start construction as early as next spring. At some point the company also plans on going public.

If this isn’t the coolest damned angle for a rocket shot then I don’t know what is. @vectorspacesys Vector-R B0.1 first launch today #space pic.twitter.com/rd3Tt33JH4

Boucher is an entrepreneur, writer, editor & publisher. He is the founder of SpaceQ Media Inc. and CEO and co-founder of SpaceRef Interactive LLC. Boucher has 20+ years working in various roles in the space industry and a total of 30 years as a technology entrepreneur including creating Maple Square, Canada's first internet directory and search engine.
@marckboucher
Previous Satellite Canada Looking to Launch Space Innovation Supercluster
Next Opinion – Canada Must be Extremely Cautious in any Free Trade Deal with China