On Tuesday, June 1, Euroconsult hosted a webinar on China’s space industry. It included presentations and discussions from some of China’s notable commercial companies.

Note that SpaceQ now has a section dedicated to China’s space program. It includes stories, notable reports and podcasts.

The Chinese space industry has seen rapid growth over the past 10 years in terms of both scale and technological prowess, and this will likely continue into the next decade. Having built out a formidable infrastructure of satnav, EO, and comms satellites, China has created a clear strategy for internationalizing this infrastructure and bringing it to international markets, while at the same time accelerating innovation at home via partial commercialization of the space sector. With more than 100 commercial companies having been founded since 2014, it is expected that an increasing number of sub-verticals in the Chinese space industry to be opened to private investment and commercial companies.

In this webinar, Steve Bochinger, Euroconsult COO and Blaine Curcio, Editor-in-Chief of Euroconsult’s China Space Industry Report & Affiliate Senior Consultant will draw on our market intelligence and the knowledge and expertise of a distinguished panel of experts to offer a bird’s eye view into the Chinese manufacturing value chain, its business models, technology trends and the opportunities therein for commercial companies.

Boucher is an entrepreneur, writer, editor & publisher. He is the founder of SpaceQ Media Inc. and CEO and co-founder of SpaceRef Interactive Inc. Boucher has 20 years working in various roles in the space industry and a total of 28 years as a technology entrepreneur including creating Maple Square, Canada's first internet directory and search engine.
@marckboucher
Previous Momentus problem delays next Kepler satellite launch
Next The Canadian Symposium on Remote Sensing is virtual once again 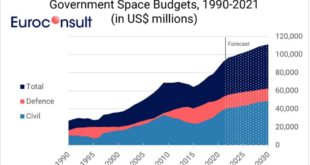 With record spending by governments on space, how does Canada fare? 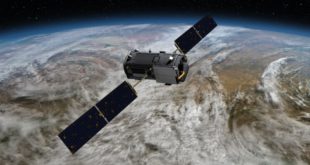 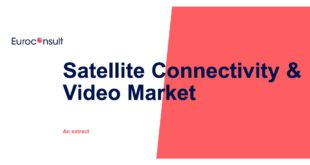 Despite Covid-19 impact Satellite Connectivity and Video Market to double