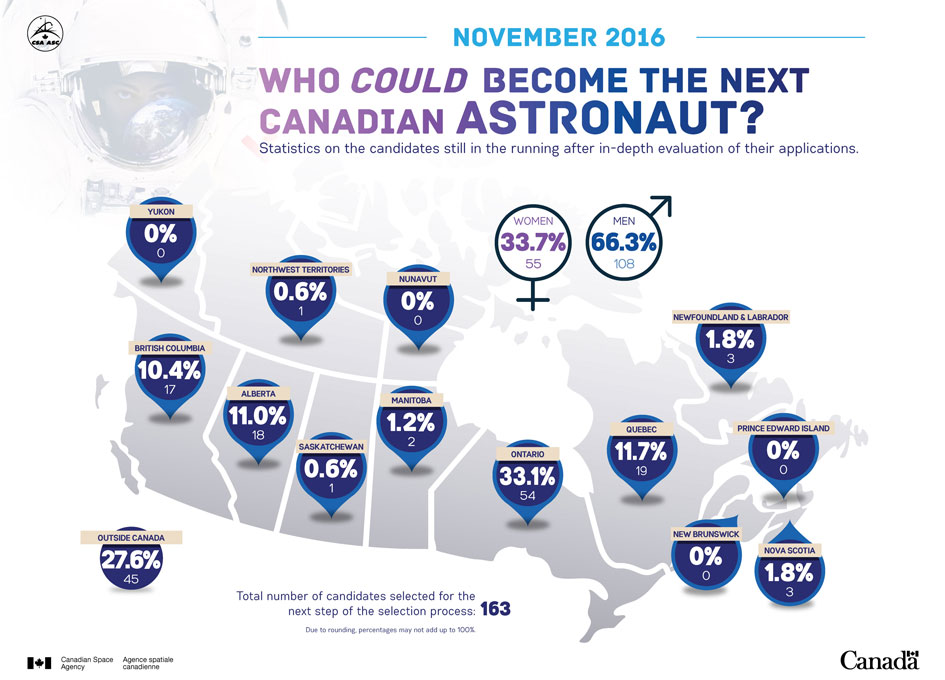 The Canadian Space Agency (CSA) will shortly finish notifying up to 100 candidates out of the 3,772 who had originally applied, that they’ve made it to the next round. The lucky “100” will continue on in their quest in trying to become one of two astronauts selected next summer. While the CSA released information yesterday saying it had identified 163 qualified candidates available for the next round, they are limited to selecting up to 100 to continue.

The candidates will now complete a preliminary interview and initial medical exams which will then be followed by additional tests and medical exams as well as getting vetted for security clearance. Those who make it through that process will go through a final interview and medical exam. It seems you can’t have enough medical exams!
The CSA provided a breakdown by province of the 163 who had made it through to this phase. Of the candidates, 66.3% are men and 33.7% are women. The breakdown by province and territory is listed below. 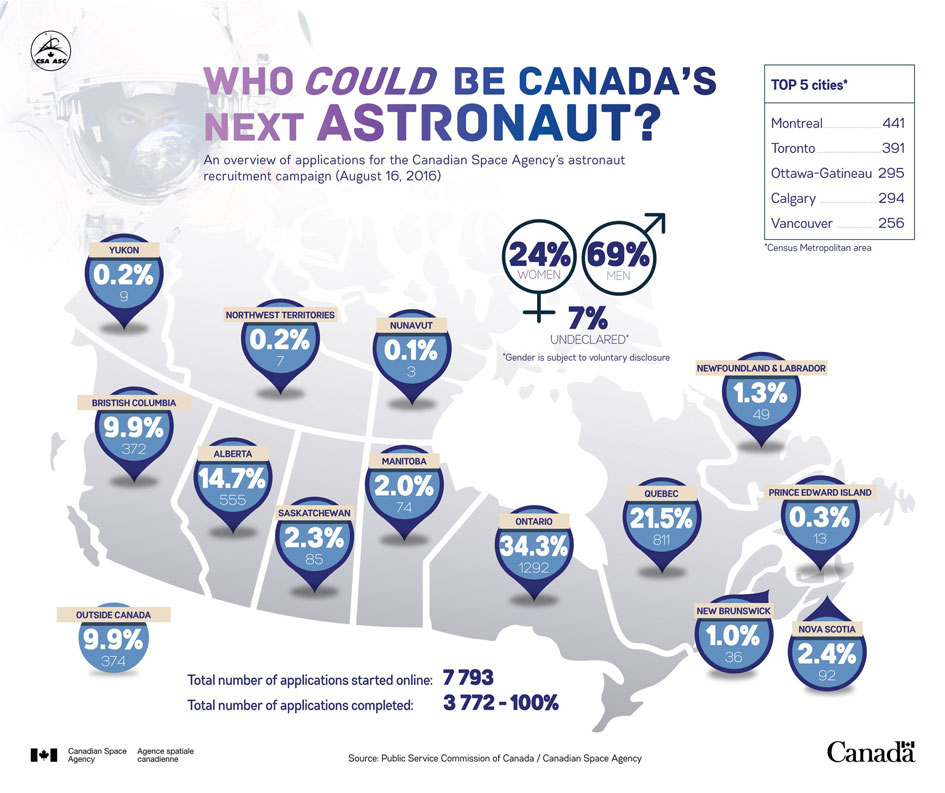 Boucher is an entrepreneur, writer, editor & publisher. He is the founder of SpaceQ Media Inc. and CEO and co-founder of SpaceRef Interactive LLC. Boucher has 20+ years working in various roles in the space industry and a total of 30 years as a technology entrepreneur including creating Maple Square, Canada's first internet directory and search engine.
@marckboucher
Previous Video – Cubes in Space 2017 Conference: Launching Canada into Space
Next The Canadian Astronomical Society Announces Establishment of New Award for Early Career Research in Astronomy