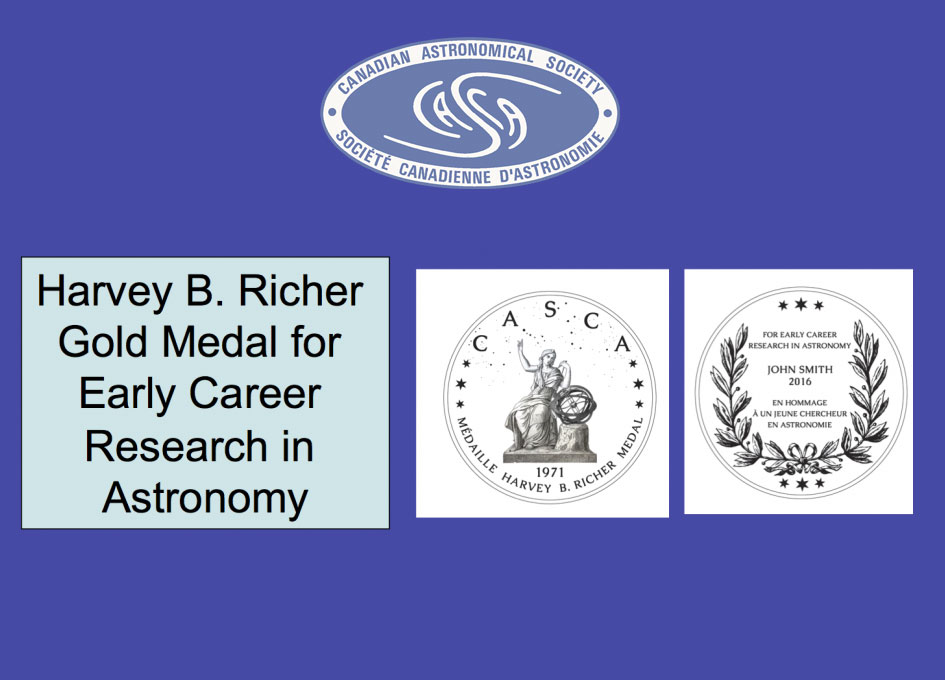 According to CASCA “the Richer Medal will be presented in odd numbered years to an individual in recognition of significant and sustained early career research in astronomy.”

The nominee will be a member of CASCA, and a Canadian astronomer or an astronomer working in Canada. The candidate will normally have received their Ph.D. within the previous ten years; allowances will be made for extended leaves of up to two years (e.g. maternity or paternity leaves, medical leaves, etc.)

Nominations for the 2017 Richer Medal are solicited at this time and can be tended until 15 January 2017. Details can be found on the Richer Medal page on the CASCA website: http://casca.ca/?page_id=7914.

In May 2017, CASCA will present the inaugural Richer Medal at the society’s annual meeting in Edmonton.
The Richer Medal is made possible thanks to a generous gift from Professor Harvey B. Richer.

Boucher is an entrepreneur, writer, editor & publisher. He is the founder of SpaceQ Media Inc. and CEO and co-founder of SpaceRef Interactive LLC. Boucher has 20+ years working in various roles in the space industry and a total of 30 years as a technology entrepreneur including creating Maple Square, Canada's first internet directory and search engine.
@marckboucher
Previous Up to 100 Candidates Selected for the next Canadian Astronaut Recruitment Phase
Next Details Emerge on Kepler Communications and Telesat Small Satellite Constellations