New Zealand-based launch company Rocket Lab announced on Feb 23rd that they’d officially opened a new orbital launch pad in New Zealand for their Electron rockets. The new “Pad B,” located near their original pad at Rocket Lab’s Launch Complex 1, is an important step towards Rocket Lab’s goal to become a premier player in the growing SmallSat launch market.

Pad B is Rocket Lab’s third launch pad, including the pad at their Launch Complex 2 at Wallops Island in Virginia. Since that location is intended specifically for U.S. Government missions from American soil, however, this second complex will not necessarily relieve the international community’s growing demand for reliable and frequent SmallSat launches. That’s what Pad B was built to achieve.

Rocket Lab’s new pad will allow them to step up both their launch cadence and responsiveness. Having two pads will let them run concurrent launch campaigns from the single launch complex, creating a much higher launch tempo than would have been previously possible, while (according to Rocket Lab) “accommodating tailored customer requirements or late changes to a spacecraft while keeping Rocket Lab’s manifest on schedule.”

Rocket Lab said that having two pads will also eliminate pad recycle time, “ensuring a launch pad is always available for rapid-response missions.” By building the new pad at their private launch complex, they also reduce costs by avoiding the range fees and overheads associated with shared launch sites.

The inaugural launch mission from the new pad took place on Mar 1 at 9:37am NZST (3:47 pm EST Monday, Feb. 28). An Electron rocket named “The Owl’s Night Continued” was the first of three dedicated Electron missions from 2022 into 2023 for the Japanese synthetic aperture radar (SAR) provider Synspective. A Rocket Lab Electron named “The Owls’ Night Begins” carried Synspective’s first SAR satellite, the StriX-α, into orbit in 2020. Monday’s launch carried the StriX-β, and each of the upcoming launches will also be carrying a single StriX satellite as well.

Synspective is aiming to have 6 satellites in orbit by 2023, and have its full constellation of 30 satellites in orbit by the late 2020s. They’re looking to use the satellites, according to the Rocket Lab’s mission description, “to collate data of metropolitan centers on a daily basis to support urban development planning, construction and infrastructure monitoring, and disaster response.”

In addition to the new Electron Pad in New Zealand, Rocket Lab also announced on Monday that they have decided to use Wallops Island as the location for the launch site for their new mid-sized Neutron rocket, as well as its manufacturing and operations complex. The Neutron rocket is Rocket Lab’s reusable carbon-composite “next generation launch vehicle,” which will lift 8 tons of payload and “provide a tailored launch solution for satellite mega-constellations.” It has already attracted a $24m contract from the U.S. Space Force’s Space Systems Command to “aid national security and defense missions.”

Their release said that the “estimated 250,000 square foot state-of-the-art complex” will be constructed near the Wallops Island Flight Facility, and also near their existing Electron launch pad. It also said that the additive manufacturing facilities in the complex will be “capable of laying up meters of Neutron’s new, specially formulated carbon composite structures in minutes,” and is expected to create up to 250 jobs in Virginia.

Beck said that Wallop Island’s “position on the eastern seaboard is the ideal location to support both Neutron’s expected frequent launch cadence and the rocket’s return-to-Earth capability of landing back at its launch site after lift-off,” and is already home to “an active and experienced aerospace workforce we can pull from to support Neutron’s development and launch.”

Craig started writing for SpaceQ in 2017 as their space culture reporter, shifting to Canadian business and startup reporting in 2019. He is a member of the Canadian Association of Journalists, and has a Master's Degree in International Security from the Norman Paterson School of International Affairs. He lives in Toronto.
Previous Space Flight Laboratory signs indefinite-delivery, quantity contract with NASA Rapid IV program
Next A status update on space nuclear propulsion 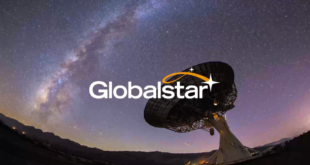 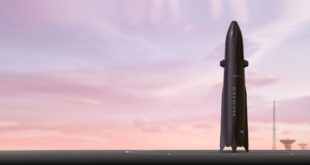