At the Toronto RBC Waterfront Centre on November 29th, a diverse group of professionals and enthusiasts came together to talk about the present and future of Quantum Computing as part of RBC FutureMakers Talk series.

Bankers in sharp suits, startup mavens in dressy slacks, and low-key techies in jeans and t-shirts assembled in small groups to chat about the latest advances in quantum technology. When they all filed into the Waterfront’s auditorium, they joined some of the greatest luminaries in Ontario’s quantum computing scene…and a company that’s building a space-based tool to secure us against the end of cryptography as we know it.

The evening began with RBC Senior Data Science Manager Amir Feizpour, who started his “Quantum 101” talk with a simple (if mysterious) puzzle: to prime factor a two-digit number. He provided a very brief breakdown of the state of current computing, and how transistors in current computers are becoming so small that they’re beginning to see quantum-based interference. This is creating a hard limit on the most difficult computing tasks, like machine learning and artificial intelligence.

After another (four digit) factoring puzzle, he explained “Quantum physics 101”. He described how all particles are also waves; and how a “local” particle can involve “wave” effects at a distance. This leads to a number of potential applications of quantum effects for computation: exploiting quantum states, quantum superposition, quantum entanglement, and even quantum tunneling—where particle wave effects travel through seemingly solid objects.

Next was “Quantum Computing 101”. He introduced “Qbits”, which function somewhat like the regular digital bits of a computer… except that instead of just being “on” or “off”, they can be at any of the infinite points between. This means that Qbits become very complex, very quickly: one qbit covers all the space between zero and one, another qbit multiplies that by another space, a third multiplies it by another space…with the number of possible answers rising exponentially. Quantum computers are excellent at dealing with problems involving exponential numbers.

Feizpour then revealed that this is how quantum computers could end modern cryptography.

He produced an unsolvable 2048-digit version of his prime factor “game”, and revealed that its the foundation of of modern “public key” cryptography. Modern computers would take decades to prime factor that number, so we believe we can rely on its security. But a quantum computer could do it in a comparative flash. No, quantum computers aren’t easy solutions for the challenges of machine learning or artificial intelligence—though the research continues, the quantum ecosystem is growing—but future quantum computers will eventually tear modern communication security to pieces. There are ways to mitigate this. It’s still a serious concern.

He was followed by Razieh Annabestani, a Quantum Application Scientist at Xanadu, and Tommy Moffatt, an Innovator at The Knowledge Society, who surveyed the challenges and opportunities in quantum computing in 2018 in their back-to-back presentations.

Xanadu’s Annabestani, reiterating Feizpour’s lesson by stating that “Quantum has some awkward and weird characteristics that we don’t see in classical mechanics”, went on to reveal the inner workings of quantum computers. She showed how they are prepared and initialized, the various quantum-level interactions and mechanisms it can use that mimic the operation of classical computing gates, and how they ultimate end up providing a final state that serves as an “answer” to the problem.

(This is very simplified; she presented it as simply as she could, and it was still dense with information.)

How you approach this challenge is actually an ongoing debate. Annabestani pointed to a number of approaches: some exploited cavities with laser-charged ions, others exploited particle spins in solid materials, some use nitrogen impurities in diamonds as qbits, some used “quantum dots”, a two-dimensional electron gas, and still others used ultra-low-temperature superconductors as ersatz q-bits, since ultra-low-temperature superconductors can have quantum-style effects without being quantum-sized.

All these approaches have strengths and weaknesses. All share severe limitations, though, and Annabestani was realistic about that. They are large, fragile, extremely difficult to scale, and prone to quantum decoherence in a matter of microseconds. The calculations are still given to frequent error, and renting time on a quantum computer can cost over $2000 a second. These are not standard microcomputers: Annabestani told the audience “Q computers will not be at your child’s desk”, but also said that “despite all these challenges, the quantum race is still happening.”

Moffatt, from the Knowledge Society, sounded an optimistic note. He pointed out that “As a human race, we have a pretty lousy record about predicting the future.” He analyzed the decoherence problem, and proposed a potential technique that manages the issue using a continuous repeating cycle of conventional and quantum computer states.

He also said that quantum computers are actually ready for a variety of modern non-cryptographic applications. Like Feizpour, he pointed to the growing quantum computing ecosystem. Moffatt provided “metamaterials” as one example: materials with surprising, even incredible properties, that only could have been modeled by a quantum system.

He also mentioned the exciting possibilities of molecular simulation. Conventional computers have extreme difficulty modeling proteins, but quantum systems are so effective at it, that they can be used to create novel protein cures. Moffatt related a story from his own research where a quantum system was given a disease and tasked with modeling cures. It immediately output three cures for the disease…including an already-existing one. The new cures were actually more effective.

Moffatt made the point that users cannot dismiss embryonic technologies so easily: that “it’s important to have this explorer’s mindset”.

It is still cryptography and crypto-breaking, that remains central to the quantum computing discussion, however. QEYNet’s Cordell Grant and Jennifer Elliott took to the stage to discuss how to defend against quantum computers stealing your secrets.

Grant and Elliott quickly discussed the current state of cryptography, and the age-old problem of distributing encryption and decryption keys in a way that prevents interception or duplication. The current solution is public-key encryption, Feizpour’s “game”: a scheme where the key handed out can be used to encrypt communications, but only the sender has the all-important decryption key. This is how most security works on the internet, incorporated invisibly into the infrastructure that lets your computer distribute and collect the public keys that securely connect you to your bank account or email inbox.

But as Feizpour explained, this doesn’t work with quantum computers, which can easily exploit public keys to calculate the private key.

Grant and Elliott revealed that quantum mechanics already has a solution: “quantum key distribution”, or QKD. QKD uses pairs of secret keys, transmitted using the quantum state of photons. Since part of quantum mechanics is that the act of observation will change the observed system, it’s straightforward to detect intrusion and discard compromised keys. They said that it is already in use, and has been since the 1990s, with these photons traveling along fibre between—so it’s rumored—between the White House and the Department of Defense.

But Grant and Elliott were clear that this approach “can’t be scaled to global proportions”. Fibre can only transmit these photons for more than a hundred kilometres, and the nodes used in current fibre would present unacceptable security vulnerabilities. Fibre just isn’t a solution for the quantum crypto threat.

The solution is space.

By putting a quantum key generator on a satellite, you evade this problem. Satellites can distribute trustworthy quantum keys between any two points on the planet. The satellite need not actually transmit any data: once the keys are distributed, they can be used to transmit encrypted data using normal network connections. This limits the amount of data a satellite is required to transmit, and means that a single satellite (or small network of satellites) can provide keys to a vast number of users, given enough time and the right orbit.

Elliott noted that there are other solutions, like post-quantum cryptography, but QKD is likely to remain the gold standard. She suggested data backup sites, disaster recovery sites, and cloud storage facilities as potential users; while most data they handle wouldn’t require this level of security, some would, and having the option available would be a competitive advantage. Diplomatic outposts like embassies and consulates would also benefit tremendously, as they’re heavy spying targets and in enormous need of high-quality counterintelligence and counterespionage tools. QKD could also be used to shore up other high-value institutional targets, like power plant control systems.

Elliott showed a slide demonstrating the wide interest in satellite QKD distribution. China has already launched the Misseus satellite, and is looking to launch a constellation of other QKD sats. There’s huge interest in Europe, where it’s being funded by the European Space Agency. QEYNet themselves, a Canadian company focused on quantum key distribution, is based on research performed at the University of Waterloo’s QEYSSat program, funded by the Canadian Space Agency and a number of other federal and provincial governmental bodies.

Elliott closed out the night by answering a question: “why push for this tech now?” It is a good question: the presentations preceding made it clear that these are still early days for quantum computing. She said that it was because data remains valuable for a surprisingly long time. She gave the example of healthcare data, which is sensitive and likely to remain sensitive for the rest of the person’s life. In national security, it can be even more of an issue; ten-year-old or twenty-year-old data can still potentially reveal or confirm an adversary’s intelligence sources and methods. If the data is stolen now, retained, and decrypted in twenty years, it is still an enormous problem.

In that light, Cordell and Elliott’s work, as well as their colleagues, could be seen as a kind of future-proofing. And it demonstrates both the promise of quantum computing, and the faith in its future held by both individuals and institutions.

Craig started writing for SpaceQ in 2017 as their space culture reporter, shifting to Canadian business and startup reporting in 2019. He is a member of the Canadian Association of Journalists, and has a Master's Degree in International Security from the Norman Paterson School of International Affairs. He lives in Toronto.
Previous A Weightless David Saint-Jacques Does His First Media Interview From Space
Next Finance Committee Recommends a Significant, Ongoing investment in Canada’s Space Program 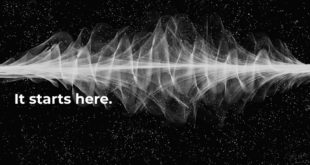