Opinion – Seeing the Biggest Picture: The Value of Investments in Space-based Astronomy

Canada was among the early leaders in the space race, becoming the 3rd nation to have a satellite in orbit with the launch of the Alouette mission in 1962, aboard a US launch vehicle. For over 50 years our federal strategy has been to achieve our space goals through tight partnerships with other nations.

Yet, today our investment in space and space-based science, made through the Canadian Space Agency (CSA), is falling behind other nations, and expertise we have built in many sectors is at risk. With wealth distribution, taxation and other fiscal concerns dominating economic policy it is no surprise that areas with less immediately measurable returns on investment are finding themselves viewed as lesser priorities. Space-based science is especially problematic in this regard, being noted for having a ‘long tail’ of economic returns.

But when we consider broader issues of the innovation base and motivating children to study science, technology, engineering, and mathematics (STEM), the latter of which is exceptionally important to our future as a nation, space-based science offers an enormous amount. However, our funding for such endeavours doesn’t reflect this value. Even for the entire space portfolio, as a proportional fraction of total federal income, Canada spends less than one quarter of what the US does. Historically, Russia has spent almost ten times the relative investment of Canada. Comparing space-based science budgets is bleaker still.

Globally, from a public interest perspective, space-based astronomy stands out as one of the great success stories of the last 20 years, and perhaps further back. The ‘Earthrise’ image taken by Apollo 8 is arguably one of the first astronomical images taken from another world – looking up from orbit around the Moon — and has had a profound impact on how we see our world. While the ‘Pillars of Creation’ image from the Hubble Space Telescope (HST) is the sigil of those looking outward beyond the Earth. Attempts to cancel servicing missions of HST failed after huge public outcry. We fully expect the Trump administration’s present attempt to cancel the Wide-Field Infrared Survey Telescope (WFIRST), a facility that should have 100 times the survey efficiency of HST, to meet a similar outcry.

What does this mean for Canada? The enormous impact of the HST has had a strong and lasting influence north of the border. Our commitment to the James Webb Space Telescope (JWST), set to fly in 2019, is due to the amazing science undertaken by Canadian researchers using HST and other facilities, combined with true policy vision. Indeed, on a citations per paper basis, Canadian astronomy has ranked at or close to #1 within the G8 for over a decade. Independent reports, including those of the Council of Canadian Academies, have consistently highlighted the excellence of Canadian astronomy.

With JWST mere months from launch, the world’s astronomy community can barely contain its excitement. From revealing the first galaxies in the Universe to uncovering the secrets of the atmospheres of planets around nearby stars, JWST is set to revolutionize our view of the Universe around us. If that isn’t amazing enough, the exquisite detail that will be visible in the images will be made possible by Canadian guidance technology, a feat that should rank as high in Canadian pride as hockey gold medals. This technological achievement traces its roots back to daring public policy, strong public-private partnerships, and a desire to be part of the next frontier of space exploration.

But for all the breathtakingly exciting discoveries JWST is set to uncover, the boldness of public policy of the early 2000s, that made Canadian involvement possible, appears to be in remission. Canadian space astronomy now faces an unprecedented loss of funding: as we approach 2020, and move into the next generation of space observatories beyond JWST, not a single one has a commitment of Canadian funding. With major missions taking over a decade to plan, failing to invest can have long and lasting impact.

Yet we have world-leading expertise and technology to contribute. From sensor/detector readout technologies to the design of entire UV/Optical imaging satellites, the Canadian astronomy community, in partnership with Canadian industry, continues to innovate in design. But the risks of failing to invest in development are clear: The individuals involved are part of the most mobile workforce on the planet.

Aside for public interest and inspiration, skill creation is one of the strongest value-adds of investment in space astronomy. It is people who ultimately create value. From coast to coast to coast, Canadian provinces are focused on skills training, perhaps even arguably to the deficit of a focus on creativity, but the goal is clear, the generation of highly skilled individuals. As has been demonstrated in longitudinal career studies, the knowledge and skills developed in fundamental science are transferred efficiently through career transitions. If we fail to invest and lose personnel to other countries, the ‘knock-on’ effects could impact many areas of our economy.

How can we stop this problem before it becomes systemic? After 50 years of being in space, taking the lead in a flagship international space-astronomy mission is something that we should aspire to as a nation. That is not possible within the Canadian Space Agency’s current budget. Funding levels around $40M per year for space astronomy, as was seen in 2007-08, would make one flagship mission per decade possible, and would still be well under 1/15th to 1/20th of the typical annual NASA astrophysics budget. Moreover, this funding must be transparent and allocated in regular announcements of opportunity by the CSA.

Such funding would have an immediate impact. But that isn’t the primary reason why we should do it. We need to nourish the hopes, dreams, and expectations of the next generation. Our national investments must inspire, show leadership, and give young Canadians the belief that they can achieve success here. Space-based astronomy is one field that has a disproportionate return in this regard, on the back of world renowned expertise.

Investing in it is not a luxury: It’s a benefit to us all.

Note: You can submit an Opinion to SpaceQ for consideration. Opinions typically run from 400 to 1,200 words, but submissions of any length will be considered. All submissions must be original, and exclusive to SpaceQ. We will not consider articles that have already been published, in any form, in print or online.

Boucher is an entrepreneur, writer, editor & publisher. He is the founder of SpaceQ Media Inc. and CEO and co-founder of SpaceRef Interactive LLC. Boucher has 20 years working in various roles in the space industry and a total of 30 years as a technology entrepreneur including creating Maple Square, Canada's first internet directory and search engine.
@marckboucher
Previous Can the Canadian Government Keep up With the Growing SmallSat Community?
Next Innovative Solutions Canada Opens Challenge on Using AI and Big Data Analytics to Advance Usages of Space Data 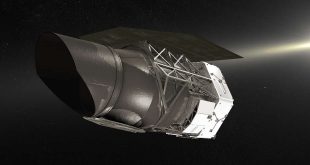 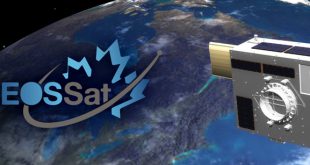