Japan has given its approval for the LiteBird space telescope, a mission to detect primordial gravitational waves of the Cosmic Microwave Background (CMB).

In 2017 the Canadian Space Agency issued a request for proposals to study a Canadian contribution to the LiteBIRD mission. It is very much a mission the Canadian astronomy community wants to be a part of.

SpaceQ spoke with Rob Thacker, president of the Canadian Astronomical Society who said the community has been in discussions with the CSA on this topic and is encouraging them to make the commitment. It’s a commitment Japan hopes Canada will follow through on.

In a letter to the Japanese community Masaki Fujimoto, Deputy Director General Institute of Space and Astronautical Science (ISAS) at JAXA said “on behalf of Director General of ISAS/JAXA, it is my pleasure to let you know that ISAS has selected two mission candidates, LiteBIRD for a L-class slot and JASMINE for a M- class slot, respectively. ISAS is determined to proceed to budget request for these two missions to be launched in 2020s. The conclusion and the plan have been notified to a governmental committee that oversees the space science activity in Japan on May 21. The process will start soon and we will know the outcome for FY2020 around the end of the year.”

Will Canada make a contribution?

Thacker said “the LiteBIRD mission was highlighted in the Mid-Term Review of the Canadian 2010 Long Range Plan for Astronomy as being a significant and important opportunity for Canadian participation in CMB polarization experiments. This science area not only has the potential to provide important constraints on primordial gravitational waves, one of the key science probes of the inflationary epoch, but it is also an area where Canadians have made world-leading contributions in theoretical, observational and technology developments. The Canadian astronomy community strongly hopes that the newly released space strategy has room for missions of this kind that will not only develop new technologies in Canada but also continue to build our exceptional network of highly qualified personnel.”

For its part, a CSA spokesperson told SpaceQ that “the Canadian Space Agency is currently evaluating options for a potential Canadian contribution to JAXA’s LiteBIRD mission, however, no decisions have been made yet.”

Canada’s contribution would be a digital frequency domain multiplexer (DfMUX) readout board, sometimes referred to as a Warm Readout. Matt Dobbs of McGill University has been leading the Canadian team effort.

Next Prev
Next Prev

Graeme Smecher, the Embedded Systems Lead for the Canadian team provided SpaceQ with some additional data on the Warm Readout. He said the “the warm readout electronics biases and reads out the detectors on the focal plane. These electronics are an extension of readout equipment developed at McGill University and deployed on ground-based CMB experiments including the South Pole Telescope and
POLARBEAR-2/Simons Array and flown on the EBEX stratospheric balloon telescope. To adapt these electronics to a space-based platform, the CSA has supported our team with STDP, Mission Contribution Study (MCS) and Science Maturation Study (SMS) funding.”

He further stated “now that the mission has been selected in Japan, we are working to secure mission commitment in Canada. LiteBIRD planning relies on a CSA-sponsored Canadian contribution, so a failure to secure Canadian funding threatens the viability and schedule of the mission as a whole.”

Boucher is an entrepreneur, writer, editor & publisher. He is the founder of SpaceQ Media Inc. and CEO and co-founder of SpaceRef Interactive LLC. Boucher has 20+ years working in various roles in the space industry and a total of 30 years as a technology entrepreneur including creating Maple Square, Canada's first internet directory and search engine.
@marckboucher
Previous RADARSAT Constellation Mission Podcast with Mission Manager Steve Iris
Next Creative Destruction Lab Set to Graduate 13 Companies in First Space Stream 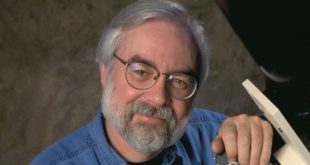