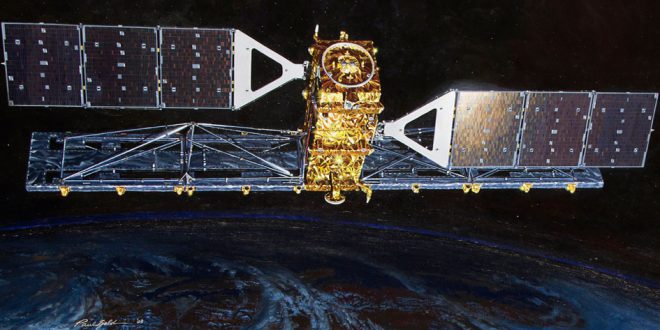 Even as MDA revenues were lower in the first quarter of the year, the company continues with its restructuring to position itself for future growth with a more diversified product base.

MDA also reduced its workforce at SSL, its U.S. subsidiary in the first quarter. An MDA spokesperson told SpaceQ “the workforce reduction referenced in (last weeks) earnings call was limited to SSL and did not impact Canadian operations.  The workforce reduction at SSL helps the company to remain competitive in the worldwide marketplace and is based on adjustments to workflow that occur periodically within the satellite manufacturing industry.”

Despite the lower revenue MDA declared a quarterly dividend of $0.37 inline with dividends going back two years.

Lance said in the call “SSL continues to be very well positioned to maintain its market leading position in the commercial Communications segment. But also, to diversify and expand its position in the U.S. government and commercial earth observation satellite markets. We believe the weak orders of SSL in the first quarter are not indicative of what lies ahead. I can tell you that SSL has in fact been selected for multiple satellite awards across all of these markets. And while there is no guarantee, we fully expect to conclude the contract negotiations and see these opportunities turn into significant bookings, sometime during 2017.”

With respect to the acquisition of DigitalGlobe Lance said “regulatory approvals are proceeding as anticipated without issue. We continue to expect to close the transaction, sometime in the second half of 2017.”

MDA already had a close relationship with DigitalGlobe prior to the announcement of the acquisition and Lance said that “MDA Systems in Richmond has continued to sign ongoing system upgrade and deployment contracts with DigitalGlobe for their worldwide network of direct access facilities, and has also been supporting DigitalGlobe in upgrading its worldwide staff network to collect WorldView-4 imaging data.”

Lance also stated that under the contract with the Defense Advanced Research Project Agency (DARPA) for the Robotic Servicing of Geosynchronous Satellites (RSGS) program, that the title to the spacecraft being built will rest with SSL and that the company intends to use it to offer services to the commercial and government markets.

MDA also plans on creating a new company, Space Infrastructure Services (SIS), to manage this new business segment. Lance stated that MDA would not be the sole owner, nor the eventual majority owner of this new company.  He said “our current plan is to set up the SIS business as a standalone entity, which we are one, but not the majority owner and to provide satellites and capabilities to that venture, but to do that along with other investors.”

MDA said the RADARSAT Constellation Mission (RCM) is on track for its scheduled launched as early as July 2018, just over a year away. Related to this, the Canadian space community is anxiously awaiting the public release, likely in June or July, of the RCM data policy.

The RCM program is slowly winding down for MDA but with respect to what’s next for in terms of larger programs in Canada Lance said “we have a number of other large pursuits with the Government of Canada and commercial customers, to help pick up the slack, as we wind down this program. So we are not planning on or expecting a major step down in revenue, in what today, we reported at the Surveillance and Intelligence segment. The Canadian programs that we are working, we have a good solid pipeline, expect to book orders this year, that we will be able to talk to you about.”

The MDA-built Canadarm2 and Dextre robotic systems completed two important and challenging missions in the first quarter. This included the robotic replacement of critical external batteries on the International Space Station as well reinstalling equipment on into the SpaceX Dragon cargo spacecraft for disposal.

MDA’s signed three contracts with Satellite Applications Catapult for their geospatial segment and will provide them with “RADARSAT-2 satellite information for maritime surveillance and the detection of illegal unreported and unregulated fishing vessels in remote regions.”

They also signed contracts with three commercial mining companies to provide them with monitoring services, specifically to “use RADARSAT-2 imagery to monitor activity and measure small ground circus movement changes in areas where there are ongoing mining operations.”

With respect to new technologies being developed in Canada Lance said “we are investing in a number of new technologies in the Canada businesses, I’d say across the board, with regard to developing new capabilities to innovate and serve our customers.”

Boucher is an entrepreneur, writer, editor & publisher. He is the founder of SpaceQ Media Inc. and CEO and co-founder of SpaceRef Interactive LLC. Boucher has 20+ years working in various roles in the space industry and a total of 30 years as a technology entrepreneur including creating Maple Square, Canada's first internet directory and search engine.
@marckboucher
Previous Canada Post Releases New Canadarm Stamp for Canada 150 Celebration
Next Canadian Space Agency Helping Emergency Responders with Satellite Imagery of Flooding in Ontario and Quebec