Lawlessness on the Final Frontier

Signing of the Outer Space Treaty at the United Nations in June 1967. Credit United Nations.
Share
The space industry is, quite literally, taking off. Commercial, for-profit actors mark the dawn of a new age of space – one pioneered not by governments, but by private sector trailblazers pushing the development of human space activity to new heights.

Due to growth in commercial space sectors, the global space economy rose from $323 billion in 2015 to $329 billion worldwide in 20161. Inevitably, the emergence of a new commercial sector engages a wide variety of legal issues.  In large part, these issues consist of navigating the changing regulatory lawscapes governing private space activity. As wave after wave of private actors arrive on the set of commercial space, governments, entrepreneurs, and lawyers alike, hasten to piece together traditional legal frameworks with a futuristic industry.

In With the New

At the outset, human space activities fell exclusively within the purview of governments, and were largely motivated by state security, strategic, and scientific objectives. The launch of Soviet satellite Sputnik 1 in 1957 sparked the beginning of the “space race”. During this time, the United States and former Soviet Union surged to demonstrate their technological and military prowess by developing national space programs focused on human space flight and reaching the moon. With the end of the Cold War, governments shifted from a military focus, to working together to launch the International Space Station, a project geared toward encouraging and strengthening international partnerships through collaboration on scientific research and development.

The first forms of private space activity sprung up from the expanding use of commercial satellite platforms for telephone, television, and later internet communications in the early 1960s. During the late 1970s and early 1980s, telecommunication and satellite activities that had previously been initiated and managed by state institutions underwent widespread global de-regulation and privatization, and commercial revenues climbed. Around the same period, with the end of the Cold War, funding for national government space programs focused on activities other than satellite communications steadily declined2. Today, private actors have stepped into the arena by developing new technologies, and promoting new ideas and opportunities in space. Resultantly, the commercial “space sector” has witnessed the addition of many new subsectors outside satellite communications.

Although “new space” industry players often collaborate with public entities, generally through contracts and licensing, the business of new space is a growing commercial sector in and of itself. Consequently, it has developed key characteristics of private industry by being competitive, faster in development, less expensive, commercially responsive, with an arguably higher risk threshold.

In the 1950s, the tense international climate that prompted states to take their first steps into the celestial commons sparked a flurry of discussions concerning how to ensure the peaceful use of outer space. In response, several key international instruments were developed that make up the current international legal framework governing human space activity. Most notable amongst these instruments is the Outer Space Treaty (OST) of 19673. Generally considered to be the Magna Carta of human space activity, the OST sets out the broad principles relating to human space activity, and represents the basic legal framework for international space law. All major spacefaring nations including the United States, the United Kingdom, Canada, China, and Russia are signatories. The following are amongst the major principles espoused by the OST:

Article II sets out the popularly-termed “non-appropriation” clause. It states that outer space, (which includes the Moon and other celestial bodies), is not subject to national appropriation by claims of sovereignty, by means of use or occupation, or by any other means7. In short, a state can’t claim a proprietary interest in outer space. This clause has become the lynchpin of mounting debate over the legalities of asteroid and moon mining, with one camp condemning these types of activities as a direct violation of Article II, and with the other insisting the opposite. This clause has also caused uncertainty over the legalities of establishing lunar or martian bases, and the ensuing national sovereignty of such bases8.

Article IV explicitly prohibits the placing in orbit around Earth of any nuclear weapons or other weapons of mass destruction, and likewise prohibits the installation of such weapons on celestial bodies9.

Article VI sets out an international liability regime for human space activity. This regime holds states responsible for all national activities in outer space, regardless of whether such activities are carried on by governmental agencies or by non-governmental entities10. In instances of the latter, the OST requires that all non-governmental entities operating in outer space be authorized and supervised by their home state11.

The state liability regime set out in the OST is elaborated on in the Liability Convention of 197212. This convention organizes liability into two tiers: (1) a “launching state” (the state that launches, procures the launch, or from whose territory or facility a space object is launched) is absolutely liable for damage caused by its space objects on the surface of the Earth or to an aircraft in flight (i.e. liable without requiring any demonstration of fault)13; and (2) a launching state is liable in negligence (i.e. liable but only by demonstrating fault) for damage caused to a space object of another state or to persons or property on board14. In circumstances of joint launching states, the states are jointly and severally liable for the damage they cause15.

Building on the notion that states are ultimately responsible for all space activity originating from or procured by that state, the Registration Convention of 197616 sets up a global registry for all objects launched into space. This registry is maintained by the United Nations. States who have ratified the convention are required to establish their own national registries for such objects, and report these space objects to the Secretary-General for inclusion in the global registry17.

The final two conventions are the Rescue Agreement of 196818, and the Moon Treaty of 198419. The Rescue Agreement is an agreement between all signatory spacefaring nations to take all possible steps to rescue and assist astronauts in distress and return them to the launching state. It also mandates that, upon request, signatory states provide assistance to launching states to recover space objects that return to earth outside the territory of the launching state20. Finally, the Moon Treaty was intended to elaborate on the principles of the OST by establishing a regime for the use of the moon and other celestial bodies, declaring, amongst other things, that the moon should be used for the benefit of all states. By general consensus, the Moon Treaty is considered a failure as, to date, it has been signed and ratified by only 16 states, none of whom are major space-faring nations.

Notably, all five instruments set up a global regime where states are the principle actors in space. States are regarded as responsible, accountable, and ultimately financially liable for all space activities. However, as the commercial space industry grows, governments are being surpassed by private actors. This begs the question: in a “New Space Age” where the key players are longer states but rather private entities, does the legal shoe, so to speak, still fit?

At first blush, one might assume that the proverbial cosmic Wild West, absent a sheriff exercising legal oversight, creates an attractive lawscape wherein stun-gun slingers can make up and play by their own rules. In reality, uncertainty about current and potential future legal requirements and regulatory frameworks, leaves astropreneurs facing considerable headwind as they struggle for commercial viability.

Space projects are expensive and market barriers to entry are numerous. They invariably require major financial investments at the outset, and substantial ongoing commitments (i.e. large contractual awards) to sustain them throughout their lifetime. Moreover, space companies require highly skilled, often highly specialized (and hence rare) knowledge and expertise.  Space technologies often have long development timelines, and the resulting products and services have as their target a young market – the existence of which remains doubted by many.  Finally, satellite-based technologies rely on launch vehicles and systems that can sometimes be difficult to access, slow, expensive, and unreliable.

The above factors contribute to the widespread view that space technologies are high-risk and yield low short-term return on investment. Regulatory uncertainty only exacerbates the perceived risk. Regulatory stability over considerable time frames is therefore required to attract investment capital. This is especially true when seeking private financing where regulatory instability only further jeopardizes already-tenuous return on investments.  Unsurprisingly then, private players are increasingly looking to governments to provide not only strategic investment mechanisms to assist fledgling space companies get off the ground, but legislative, regulatory and policy vehicles that effectively enable and facilitate sustained flight.

To take an example, in 2015 the United States passed the (somewhat controversial) U.S. Commercial Space Launch Competitiveness Act (the “Act”)21. Chapter 513 of the Act allows US citizens to engage in the commercial exploration and exploitation of ‘space resources’ with the goal of “facilitat[ing] commercial exploitation for and commercial recovery of space resources by United States citizens22.” Although the Act further asserts that “the United States does not assert sovereignty, or sovereign or exclusive rights or jurisdiction over, or the ownership of, any celestial body23“, it has received some international censure for being inconsistent with the principle  of non-appropriation of space objects laid out in the Articles I and II of the OST.  Notwithstanding international concerns and legal uncertainty, the Act has conferred some degree of legal approbation on American private space miners who can now legally pursue mining operations with the support of domestic law.24 – See additional commentary on other jurisdictions around the globe enacting similar legislation.

However, the absence of international legal consensus on the scope of property rights as applied to space resources undermines entrepreneurial and investor assurance that companies will even be able to fully exploit the potential benefits of their investments.  In particular, non US-registered space mining companies still face the legal question of the terms and conditions (if any) under which they retain ownership over any space objects collected, and how associated property rights will be protected and enforced. Moreover, ensuring regulatory compliance is often a complicated, lengthy, and time-consuming affair even where there is comparatively small legal and regulatory uncertainty; where the legal landscape is itself evolving – and in some instances, evolving at different rates domestically versus internationally – the challenge of compliance becomes considerable.

Conventionally, much of law is reactive, adapting as best it can to a shifting landscape of social values and evolving economies. However laws take time to design, enact, and come into force.

This delay means that to avoid laws whose enforcement serves chiefly to regulate a past that no longer exists, lawmakers must anticipate changes in the social and economic fabrics of the state.  For its part, business must in turn adapt to changes in legal frameworks, not only to ensure legal compliance, but to anticipate and exploit the opportunities such changes may afford. For private actors contemplating commercial space activity, an understanding of the certainties and uncertainties of current law, and social, economic and governance trends that will tend to drive the evolution of the legal landscape is critical: without this understanding, robust evaluation of the attendant costs, benefits, risks and opportunities is simply not possible. For lawmakers and regulators, the task is to develop anticipatory legal and regulatory frameworks that not only enable, but facilitate the continuous development of a responsible domestic and international space industry.

Author’s Note: I would like to extend a special thanks to everyone who assisted me with this article. It would not have been possible without your feedback and support.

Anneke is a long-time space enthusiast, Anneke is lawyer based in Toronto, Ontario, who is passionate about supporting entrepreneurs in the commercial space and satellite sectors by providing innovative corporate and commercial legal services. As an active member of the Canadian Space Commerce Association, Anneke is especially interested in fostering cross-border collaboration on commercial space initiatives, and promoting global industry growth. 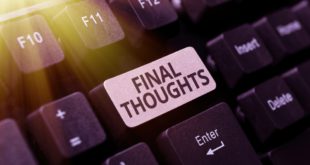 And in Conclusion – Part 7 of An Entrepreneurial Space Series