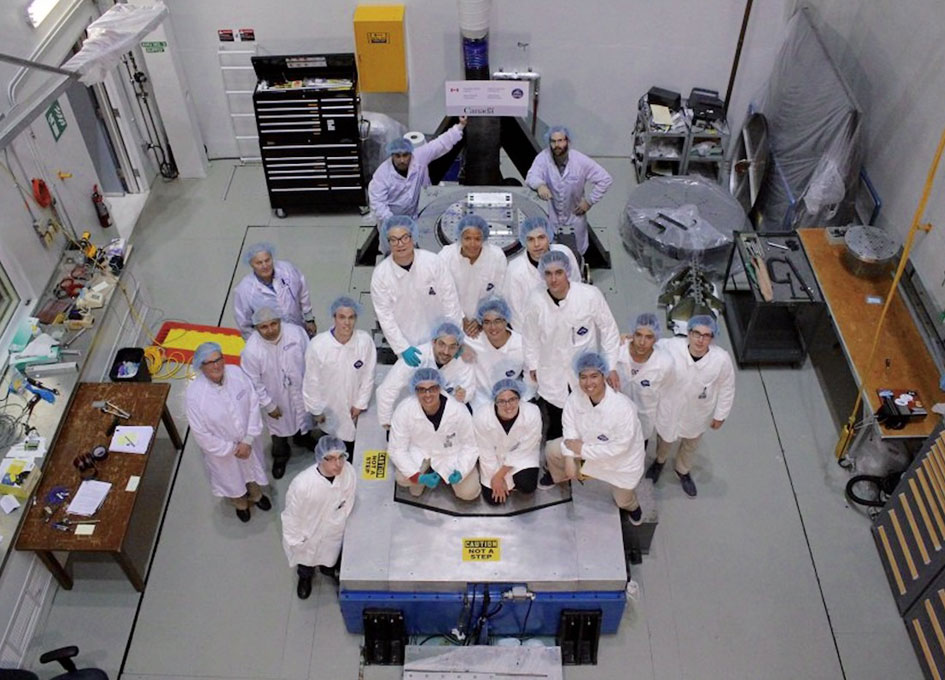 Concordia University wins satellite challenge but will their satellite ever fly?

A team of students from Concordia University won the third Canadian Satellite Design Challenge (CSDC), the second time a team from Concordia has won the competition. The competition wrapped up just over a week ago at the Canadian Space Agency’s (CSA) David Florida Laboratory in Ottawa. Space Concordia, as they are known, also won the inaugural challenge in 2012.

A total of eight university teams took part in the challenge.

The goal of the CSDC is to give participating students a solid foundation in satellite design, project management and experience working in a large, inter-disciplinary team setting. At the end of the competition the winning team satellite is deemed ready to take the next step which is to launch and complete its mission in Low Earth Orbit. 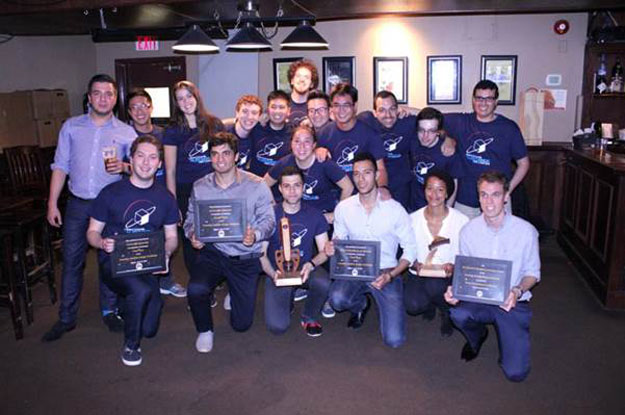 The winning CSDC teams with their trophies and plaques. Credit: CSDC.

According to Larry Revees the founder of the competition “in total, seven teams were able to completely test CubeSats – this is twice as many as were tested in each of the previous two CSDC competitions.”

When asked why the CSDC is important to Canada, Revees sid “I think the CSDC is important because it introduces excellent students to Canada’s space community and many different rewarding opportunities that are available in it (opportunities that most of them never knew existed). The experience they gain in space engineering, management, and leadership helps the participants pursue those (and other) opportunities – such as graduate studies, positions in Canadian space industry, or attending the International Space University – which ultimately benefits them and the companies who hire them. The CSDC is helping build the foundation of the next generation of Canadian space leaders.”

Jan Dee the leader of the Space Concordia team said “the best part of winning this competition, is that there were times where we thought we would not be able to complete the satellite. Many times where the end seemed very unclear and out of reach, but even then, the team never gave up and, together, we ended up accomplishing something that goes way beyond anything we ever imagined.” 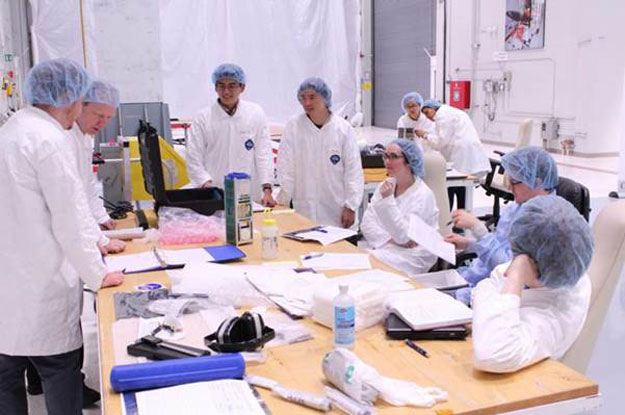 Judges inspect the entry from the University of Waterloo. Credit: CSDC.

Unfortunately neither of the previous winners has had their satellites fly. When I asked Reeves whether this years winner would have their satellite fly, he said he was trying to make it happen.

As was evidenced earlier this with the success of the first Canadian SmallSat Symposium, small satellites are very much in demand and it appears Canada has an opportunity to play a greater role in this fast this growing industry. And competitions like the CSDC are developing young talent. But what does it say when a competition like this can’t find enough support to complete the process and fly the winners satellites?

It seems that there is a clear opportunity for the Canadian government and in particular the Canadian Space Agency to step-up now and invest in these talented students. What would it cost? For approximately $221,000 U.S,. Concordia’s satellite could be on its way to the International Space Station on resupply mission where an astronaut would launch it from the satellite launcher on the Japanese module. Why can’t we do that?

—
The author, Marc Boucher, is the former CEO of the Canadian Space Commerce Association (CSCA) and wrote a recommendation in support of funding the Canadian Satellite Design Challenge in the CSCA’s Budget 2016 Brief.

Boucher is an entrepreneur, writer, editor & publisher. He is the founder of SpaceQ Media Inc. and CEO and co-founder of SpaceRef Interactive LLC. Boucher has 20+ years working in various roles in the space industry and a total of 30 years as a technology entrepreneur including creating Maple Square, Canada's first internet directory and search engine.
@marckboucher
Previous The Canadian Space Community Has an Opportunity to Influence the 2017 Federal Budget
Next NASA Earth Observatory: Bay of Fundy