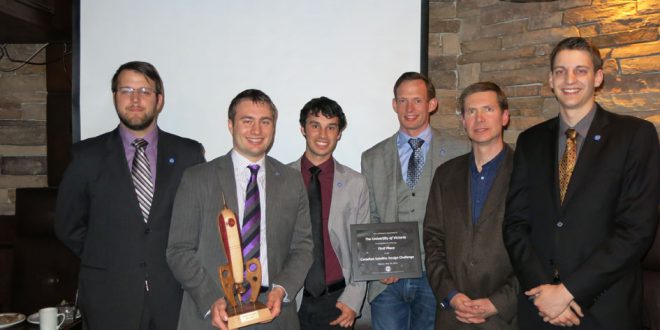 The 2nd Canadian Satellite Design Challenge (CSDC) has a winner and it’s the University of Victoria. The University of Manitoba won the inaugural UrtheCast Educational Outreach Award.

The competition was won last year by Concordia University in Montreal.

One team detected a component failure inside their spacecraft, and another had cracks on the structure, but their payload experiments were still able to receive commands and function.” 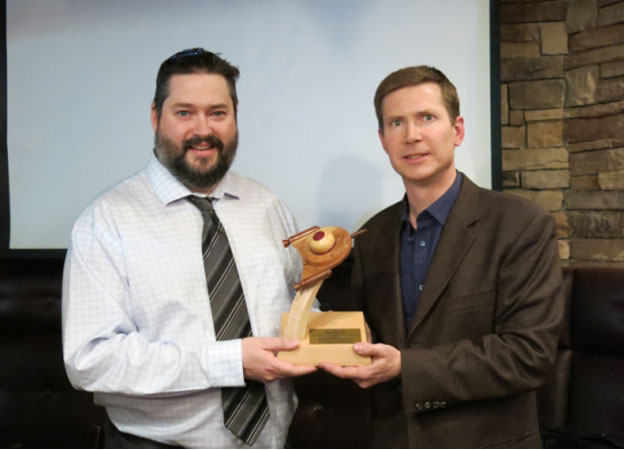 The CSDC Management Society (CSDCMS), the not-for-profit organization which offers and manages the competition thanked its sponsors as without them Canadian students wouldn’t have this kind of opportunity.

After the winners announced at the finale dinner attendees were treated to a presentation about Canadian space history and achievements by Harry Kowalik, an engineer who worked on the Alouette programme.

Boucher is an entrepreneur, writer, editor & publisher. He is the founder of SpaceQ Media Inc. and CEO and co-founder of SpaceRef Interactive LLC. Boucher has 20+ years working in various roles in the space industry and a total of 30 years as a technology entrepreneur including creating Maple Square, Canada's first internet directory and search engine.
@marckboucher
Previous Canada’s Dextre Becomes the First Robot to Repair Itself in Space
Next Canadian Space Agency Astronaut David Saint-Jacques in Montreal 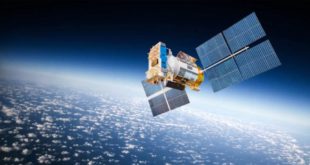