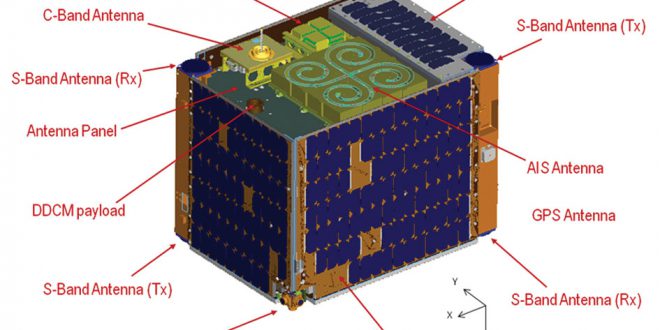 Canada’s Challenge: Launching Our Own Satellites

Last week COM DEV announced that Canada’s earth observation Maritime Monitoring and Messaging Microsatellite (M3MSat) launch was being postponed at the insistence of the Government of Canada, a by-product of political tensions in the Ukraine with Russian as the instigator. This is a situation that need not have happened if Canada had a progressive space policy in place.

The result of the delay could very well be several years in launching the satellite and most certainly increased costs associated with the mission. Finding another launch provider may not be too difficult, but getting on their launch manifest anytime soon will be difficult.

The big question, raised yet again, is why doesn’t Canada have its own rocket launch capability?
There are two primary reasons. One reason is that it is not an economically viable commercial endeavour. The other reason is that there is no political will to undertake what is considered an easily outsourced endeavour. Both of these reasons are flawed.

It is true, whether you’re the Government or a commercial entity in Canada, that you can purchase a launch slot with a provider from another country. Until recently that would be Russia and India but now includes the U.S.A, thanks primarily to SpaceX.

However, launching with a foreign provider does mean finding a slot on their launch manifest. And has been demonstrated for all of Canada’s recent launches, that means years of delays. Instead of having a satellite sit on a shelf in some storage warehouse for years, shouldn’t it be launched when the customer wants it and may need it?

Canada’s military is a prime example of an organization that desperately wants to launch its own satellites from Canada on its schedule. Why? Because they feel it’s in Canada’s best interest to do so.
And it’s not just Canada. There are several countries with similar or smaller GDP’s including Brazil, South Korea, etc. who are developing their own launch capability.

That’s right, Canadians are leading the way, just not in Canada.

SpaceX, based in the Los Angeles area is innovating and now disrupting the market because of its innovations. The most recent example is the soft landing into the ocean of the first stage of their Falcon 9 rocket as it fell back to Earth.

SpaceX not only controlled the reentry, it deployed its legs, hovered vertically for 8 seconds above the ocean and then when the engines cut off, fell into the ocean. No one has ever done that before. And this was just an incremental test in their reusable program. Within a year, their goal, and I believe they will achieve it, is to fly back the first stage of their rocket and land it on the pad it launched from. By doing that and reusing the engines SpaceX will be able to dramatically reduce the cost of launching.

A couple of days before that Falcon launch SpaceX tested for the first time the Falcon 9 Reusable first stage at its rocket testing facility in McGregor, Texas. It was successful.

Canadian engineers have been key players in both of these events. There’s no reason why this can’t be replicated in Canada, albeit on a smaller scale.

Imagine a private public partnership to develop a small reusable rocket launcher in Canada. Since Canada doesn’t develop or need to develop too many large satellites, and indeed with new manufacturing techniques satellites are getting smaller all the time, Canada could focus on a small satellite launcher.

A couple of years ago the Canadian Space Agency conducted studies on whether a government led effort to build a small satellite launcher was feasible. The results of those studies have never been released. However, one report that is available is the Canadian Space Commerce Association submission to the Aerospace Review on this topic. The report titled: Creating an Indigenous, Canadian Small-Satellite Launch Capability is available online (PDF).  Elon Musk, CEO of SpaceX told me it would cost less than $100 million to develop a small rocket similar to the Falcon 1 to launch small satellites. That was about 2 years ago.

The cost above doesn’t include the infrastructure needed to launch the rocket, that would be a secondary cost. However while a launch site is developed, Canada, as a temporary measure, could use the private Kodiak Launch Complex in Alaska that I’m told would be happy to launch a Canadian rocket. Launching from Canada wouldn’t be a problem either. Our vast country provides us with several prime locations that could be developed.

Recently the Conservative government spent $110 million as part of Canada’s Economic Action plan to prop up the Canadian space sector. If they could spend half that and have a new small satellite launch capability, wouldn’t that be good investment for years to come?

If SpaceX, using Canadian engineers, can disrupt the market as it’s doing and create reusable rockets, why can’t Canada? You can bet SpaceX’s competitors are doing that right now. The challenge to all rocket manufacturers going forward is innovate or lose your business. SpaceX has laid down the challenge.

If a Canadian company is willing to think outside the box as SpaceX does, and the Canadian government matched their contribution, then perhaps Canada could have the capability to launch its own satellites and make it economically viable.

Update: Please note that due to ITAR reasons Canadian engineers working for SpaceX would have to become U.S. citizens first before working on any sensitive program. More lost Canadian talent.

Boucher is an entrepreneur, writer, editor & publisher. He is the founder of SpaceQ Media Inc. and CEO and co-founder of SpaceRef Interactive LLC. Boucher has 20+ years working in various roles in the space industry and a total of 30 years as a technology entrepreneur including creating Maple Square, Canada's first internet directory and search engine.
@marckboucher
Previous AuroraMax Observatory Captures Lunar Eclipse and Aurora Borealis
Next Canada's Dextre installs OPALS on the International Space Station