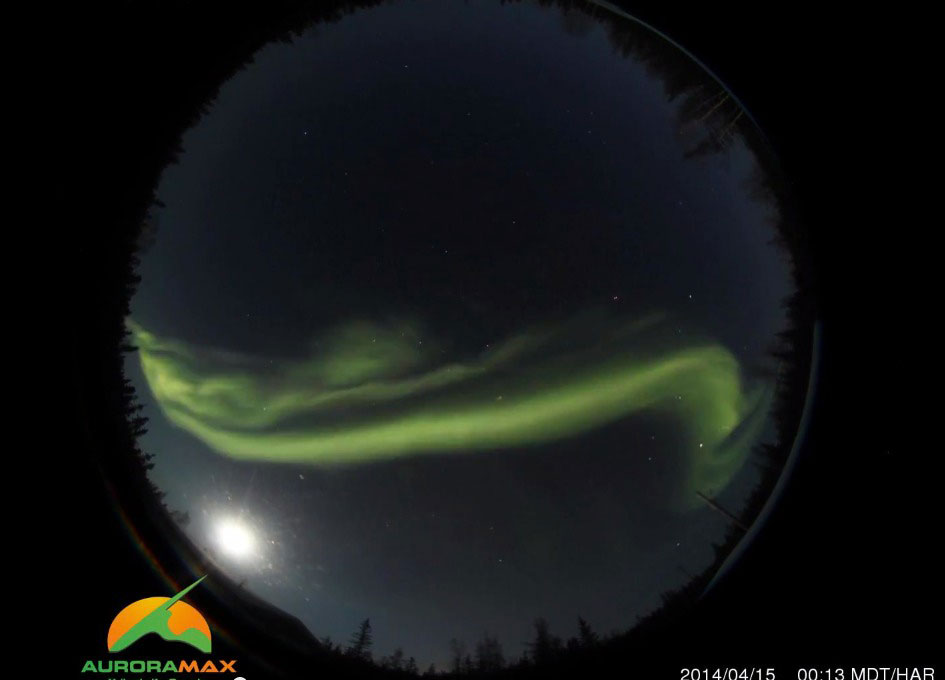 On April 15, 2014, many early morning skywatchers were treated to total eclipse of the Moon as it passed through Earth’s shadow. But few were lucky enough to see both the red Moon and the Red Planet awash in a sky full of green aurora.

The AuroraMAX online observatory captured this time-lapse video of the lunar eclipse with the dance of the northern lights near Yellowknife, NWT, Canada. As the bright full Moon wanes, Mars becomes increasingly visible to the upper right of the Moon.AuroraMAX’s live webcam streams the aurora borealis from August to May through a collaboration between the University of Calgary, the City of Yellowknife, Astronomy North and the Canadian Space Agency. Watch live tonight at http://www.asc-csa.gc.ca/eng/astronomy/auroramax/sd.asp. A photo gallery of the total eclipse and auroras, visit http://astronomynorth.com/.

Boucher is an entrepreneur, writer, editor & publisher. He is the founder of SpaceQ Media Inc. and CEO and co-founder of SpaceRef Interactive LLC. Boucher has 20+ years working in various roles in the space industry and a total of 30 years as a technology entrepreneur including creating Maple Square, Canada's first internet directory and search engine.
@marckboucher
Previous CSA Releases Canada’s Space Policy Framework Promotional Video
Next Canada’s Challenge: Launching Our Own Satellites

Northern Lights over Canada and the United States