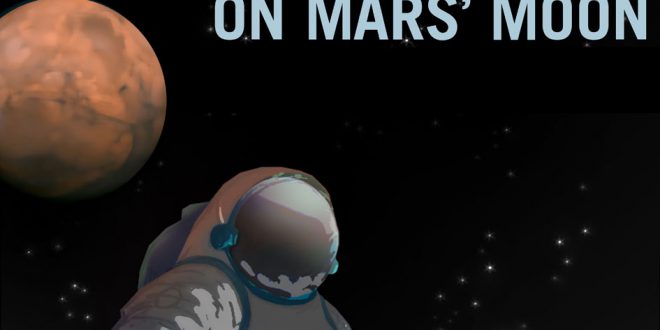 Canada Sets Its Gaze on the Deep-Space ‘Horizon’

The Canadian Space Agency (CSA) is officially setting its gaze on the deep-space ‘horizon’ with a study that could lead to man-tended stations near the moon and Mars.

Deep space refers to exploring the distant regions of outer space, whether that’s within or away from the Solar System, through human spaceflights and robotic spacecraft.

The six-month contracts are for a mission contribution study for Beyond Low Earth Orbit (LEO) exploration – meaning exploring space beyond the zone currently occupied by the International Space Station (ISS) in low Earth orbit.

Beyond LEO would be a significant step forward in deep space exploration since humans have not left LEO since the 1972 landing on the moon by NASA’s Apollo 17 mission.
“The objective of these studies is to assess potential Canadian contributions to future space exploration missions Beyond Low Earth Orbit,” says CSA’s Director of Space Exploration Gilles Leclerc.

Typically missions take more than a decade to prepare. The Canadarm2 project, for example, which was delivered to the ISS program in 2000, was started in the mid-1980s.

“If Canada is to contribute to the next steps in space exploration, […] we need to start investigating our options now, building on our strengths in robotics, optical sensors and other technologies,” Leclerc says.

Each of the three companies was awarded a different tender: Lunar Medical with Advanced Crew Medical Systems (ACMS), Neptec with Beyond LEO Relative Navigation System, and MDA with Deep-Space Exploration Robotics (DSXR).

MDA is a global communications and information company operating in Canada and the United States. Its most well-known products include the Canadarm on the NASA Space Shuttle, the Canadarm2 and Dextre remote manipulator systems on the ISS and the RADARSAT satellites.

“We’re quite excited about being awarded the study,” says John Dunlop, product line director for space robotics at MDA.

“Obviously we’re even more excited about the potential or prospect for Canadian participation in deep space exploration extending beyond the International Space Station.”

According to Dunlop, ongoing international discussions about the future of space exploration have centered on the questions: Where do we go after the space station, and what’s the next logical step in space exploration?

Given Canada has provided robotics for space shuttle and space station in the past, the question then is what the robotics might look like for this man-tended outpost in the vicinity on the moon, and how Canada could contribute technologically to it?

“The six-month contract and study allows us to investigate some technical aspects, conceptual design for the robotics and the requirements for the robotics, and then try to estimate what the project or program might look like if Canada provided the robotics contribution,” explains Dunlop.

CSA, NASA, ESA and Russia have been discussing human-tended outposts in the vicinity of the moon, to which all international partners would contribute.

The outpost serves as a stepping-stone for exploration further into deep space, but ultimately the goal is to head towards Mars. It would allow humanity to do operations on the surface of the moon and would also serve as a staging area in preparation for Mars.

Canadian participation in space exploration derives a number of benefits, according to Dunlop. For one, participation creates high-tech industry jobs that keep highly educated Canadians working in Canada, but there’s also a certain prestige and recognition that comes with being a significant partner in international exploration endeavours.

“We have experience in Canada’s role in space exploration, with the Canadarm and the space station robotics, and the astronaut program not limited to but including Chris Hadfield,” says Dunlop.

Of the three companies selected for these studies, Lunar Medical Inc., is a relative newcomer, though its principals have been involved in other projects. Lunar Medical is an Ontario-based medical technology and consulting initiative formed in 2012 by Dr. David Musson and Dr. Thomas Doyle.

“We have signed the contract and the project is now underway,” says Dr. Musson. “We look forward to working with the CSA on this very worthwhile project.”

Lunar Medical, which was awarded the Advanced Crew Medical Systems (ACMS), places medical equipment on board exploration missions that could eventually include a return to the Moon, a piloted missions to Mars, a trip to Near Earth Asteroids, and so on.

The company brings terrestrial medical technologies to spaceflight, and medical solutions developed for spaceflight to audiences on Earth as well. During the mission study, Lunar Medical will examine the challenges associated with developing medical care solutions for spaceflight as well as remote and extreme terrestrial environments.

This six-month ACMS project within the beyond LEO mission study brings together a number of experts in space medicine and related technologies to refine the ACMS concept, and see what it would take to develop and build such a system.

The end goal of the project is to provide a workable plan for the CSA so that a longer-term commitment towards full-scale development, and eventual mission, can be done.

“Being in a position to contribute to the design and development of the ACMS, and to provide input that will help inform Canada’s future role in human spaceflight is very exciting,” says Dr. Musson.

The ACMS project also has potential to stimulate Canadian industry by providing meaningful solutions especially those living in rural, remote, and isolated communities, according to Dr. Musson.

Neptec, which was awarded the Beyond LEO Relative Navigation System contract, was unavailable for comment.

Boucher is an entrepreneur, writer, editor & publisher. He is the founder of SpaceQ Media Inc. and CEO and co-founder of SpaceRef Interactive LLC. Boucher has 20+ years working in various roles in the space industry and a total of 30 years as a technology entrepreneur including creating Maple Square, Canada's first internet directory and search engine.
@marckboucher
Previous Satellite Centre at Canadian Elementary School Welcomes Visit from Canadian Astronaut
Next Video: Research on the International Space Station to Fight Cardiovascular Disease