The announcement is an ongoing ramp up of activities by C6 Sistema in Brazil. The “goods and services” contract came about as a result of “a public call in 2021 by the Brazilian Space Agency (AEB) and COMAER.”

The new launch area, suitable only for small launch vehicles, will be built at what was a radar site at Alcantara.

In addition to providing a new launch area and expand existing infrastructure, C6 Sistemas will “implement new benefits,” and will increase CEA’s operational capacity by increasing space operations.” The upgrades include including turning what was a bunker into a command and control centre.

Construction is set to start in June 2023 with an anticipated first launch in Q2 2024. The ownership of the facilities will be with the Brazilian Federal Government and C6 Sistemas will have exclusive rights to use the new launch area for five years. According to C6 Sistemas this is the first contract “for space launch operations by a private company signed by COMAER.”

Once the new launch pad is built and upgrades to the surrounding infrastructure are complete, C6 Sistemas will pay-per-use for each launch. The cost of building the small vehicle launch area and upgrades is being paid with “internal funds” by C6 Sistemas according to C6 Launch Systems president and CEO Richard McCammon.

Boucher is an entrepreneur, writer, editor & publisher. He is the founder of SpaceQ Media Inc. and CEO and co-founder of SpaceRef Interactive LLC. Boucher has 20+ years working in various roles in the space industry and a total of 30 years as a technology entrepreneur including creating Maple Square, Canada's first internet directory and search engine.
@marckboucher
Previous Nova Scotia Gives Maritime Launch Services Approval for Spaceport Construction
Next Magellan Aerospace Continuing Quiet Development of MAPLE Lunar Penetrator 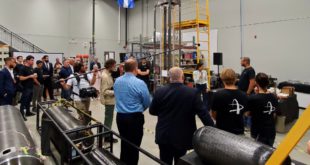 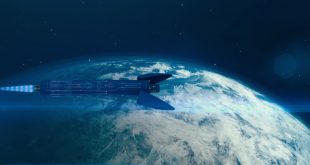