Avoiding Another Titanic – Des Power on Tracking Icebergs from Space

On this weeks Terranauts podcast host Iain Christie talks to Des Power on how he became a Terranaut and the invaluable service C-CORE provides in tracking icebergs. He also delves into how they’re using radar from space in ways no one ever conceived of.

If you were going to spend some time on board a drilling rig in the North Atlantic, in the foggiest place on the planet where icebergs are common, you would probably want Des Power looking over your shoulder from space. Des and the team at C-CORE have been solving the problem of tracking icebergs from space for more than 20 years. Des didn’t start out wanting to go to space, but that’s where he spends a lot of his time these days and there are a lot of people who are glad he does.

This year on Terranauts we’re going to offer a mix of interviews with Terranauts, people who go to space all the time without leaving the planet, and we’re also planning regular instalments of the Terranauts Guide to Leaving the Planet where we explore the history of humankind’s adventures off the planet.

The podcast is also available on Anchor, Apple Podcasts, Google Podcasts, Spotify, Castbox, Pocket Cast, RadioPublic, and through our RSS feed. You can also subscribe to the podcast using your favourite podcast app (iOS and Android).

Founder and CEO at SideKickSixtyFive Consulting and host of the Terranauts podcast. Iain is a seasoned business executive with deep understanding of the space business and government procurement policy. Iain worked for 22 years at Neptec including as CEO. He was a VP at the Aerospace Industries Association of Canada, is a mentor at the Creative Destruction Lab and a visiting professor at the University of Ottawa's Telfer School of Management.
Previous MDA hires Minda Suchan to lead Geointelligence unit and releases executive organizational chart
Next Government webinars scheduled on Intellectual Property in the Space Sector 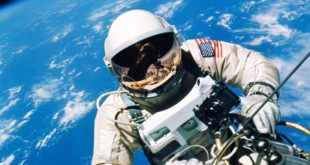 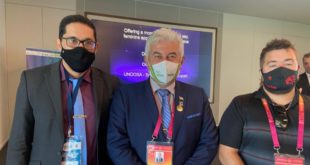