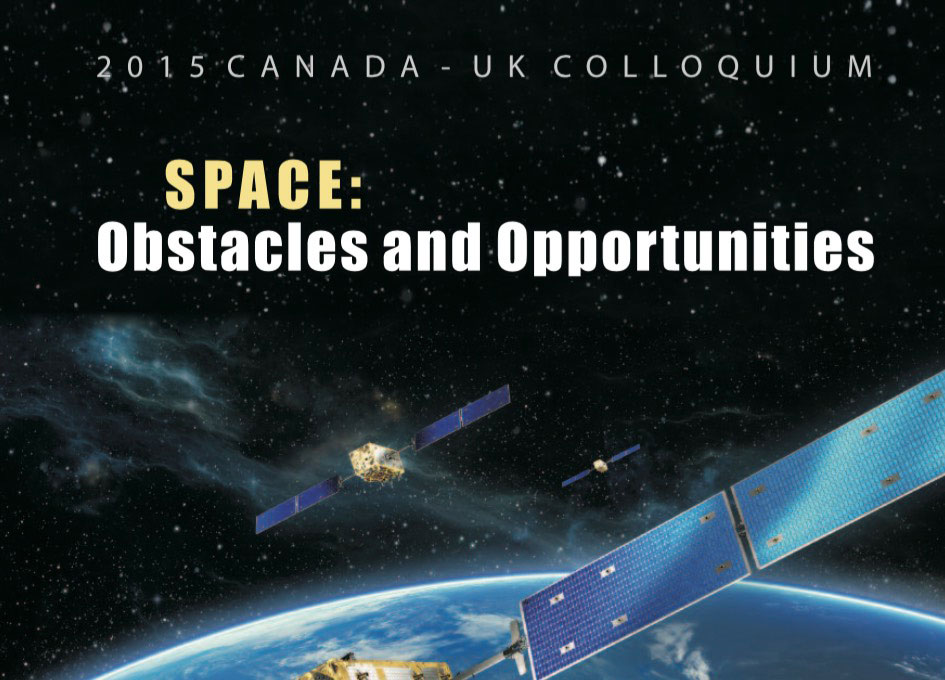 Among the 13 recommendations from the Canada – UK Colloquium report, Space: Obstacles and Opportunities, is the recommendation that “Canada should recognize Space as a component in its Critical National Infrastructure”.

Of all the recommendations from the report it is this one that stands out from the Canadian perspective, in part because the basis of the recommendation was that “In the UK and elsewhere Space is an acknowledged part of the Critical National Infrastructure, this is not the case in Canada.”

The 44th Canada-UK Colloquium was held in Glasgow, Scotland on November 19 – 21, 2015. This annual invitation only senior level event was organized jointly by the School of Policy Studies at Queens University and the Canada-United Kingdon Council of the United Kingdom (U.K.). Each year a theme is put forward, and for the first time space selected.

The Canadian advisor was Dr. William (Mac) Evans, former president of the Canadian Space Agency. The U.K. advisor was Professor Alan Smith, University College London who is also the author of the report.

On April 26 the release of the formal report was held at Canada House in London with a panel discussion ensuing that included the Right Honourable Lord David Willetts who was the Chairman of this years Colloquium.

The timing of the Colloquium and release of the report couldn’t be better. The Canadian government is currently reviewing Canada’s space policy with a goal of releasing an update or new space policy sooner rather than later.

A couple of events in the near future should help the government as it considers what should be included in a new space policy. The Canadian Space Commerce Association is holding a one day Canadian Space Policy Symposium November 8th as part of the larger Canadian Science Policy Conference being held in Ottawa.

As well, the AIAC is holding its annual Aerospace Summit the following week, also in Ottawa. These events would be a good time for the Ministry of Innovation, Science and Economic Development (ISED) to talk to stakeholders it hasn’t already had an opportunity to meet with, before releasing any new space policy. Of course, stakeholders are looking for something more concrete than just an update, but rather a Long Tern Space Place, one with possibly five years goals and ten year goals.

The recommendations from the report are as follows:

Recommendation 1: A meeting of the 1967 Space Treaty signatories should be called at the 50th anniversary of its creation at which the principles of the Treaty could be reaffirmed and, mechanism for their evolution established.

Recommendation 2: Canada should recognise Space as a component in its Critical National Infrastructure.

Recommendation 4: The Space sector should do more to address the apparent lack of diversity in its workforce – a workforce that must grow rapidly to meet our expectations.

Recommendation 5: We should better link the Space sector with those interested in third world development and sustainability.

Recommendation 6: Space Debris continues to be an urgent and growing issue. The UK and Canada should:

6.1 Use their strengths as honest brokers to champion action on active Space debris removal.
6.2 Co-sponsor the US proposal for the establishment of an expert group on Space Operations within the UN COPUS Scientific and Technical Sub-committee.
6.3 Champion the case for more sophisticated disposal of defunct spacecraft in Low Earth Orbit, linked to the time since last operation, plus altitude and inclination.

Recommendation 7: The UK and Canada should work together to support a Space Weather mission given a compelling financial case. Serious consideration should be given to a ‘Carrington’ mission aligned with the US commitment to place a satellite at L1.

Recommendation 8: The UK and Canada should conduct an EO capability audit.

Recommendation 9: Access to spectrum of appropriate characteristics and quality represents a significant and growing challenge for the Space sector. The UK and Canada should take the initiative to:

9.1 Work together to promote a review of the current ITU spectrum allocation process, considering whether task based groups of experts (after the COPUOS model) with expedited processes to implement urgent recommendations, might usefully complement the existing WRC structure. The processes already used in Aviation Law (1944 Chicago Convention) through regular addenda and codicils might offer significant utility.
9.2 Develop, potentially through a European Conference of Postal and Telecommunications Administrations (CEPT) group, emission masks for the new generations of LEO Communications and EO satellites, ensuring that compliance verification is properly integrated into the existing pre-flight test and verification regimes.
9.3 Assess whether existing terrestrial spectrum trading methods might usefully be extended to the Space segment and whether existing GEO enforcement processes remain fit for purpose.

Recommendation 10: Increased spectrum sharing, including between Space and terrestrial systems, is an essential fact of life in the 21st Century. The UK and Canada should promote rigorous, engineering based approaches to maximize mutual utility and minimize interference. In particular the UK and Canada should:

10.1 Ensure that the satellite industry and downstream users build full life economic value cases directly comparable to those already in use by the terrestrial mobile industry such that economic and social decision making can be fully informed.
10.2 Encourage the ITU to view Earth Observation as more closely related to commercial satellite activity than to pure science.
10.3 Mandate that full and detailed interference and mitigation analysis informs each sharing decision.

Recommendation 11: Canada and the UK should seek to strengthen their relations with international partners that align politically and that offer large market opportunities, especially India.

Recommendation 13: Canada and the UK should engage with the US to seed a level of strategic alignment.

Canadian attendees to the Colloquium included:

Note: The author of this article, Marc Boucher, was a participant of the Colloquium and at the time was the Executive Director of the Canadian Space Commerce Association.

Boucher is an entrepreneur, writer, editor & publisher. He is the founder of SpaceQ Media Inc. and CEO and co-founder of SpaceRef Interactive Inc. Boucher has 20 years working in various roles in the space industry and a total of 27 years as a technology entrepreneur including creating Maple Square, Canada's first internet directory and search engine.
@marckboucher
Previous A Research Team led by the Perimeter Institute Has Demonstrated a New Method to Test General Relativity Using Black Holes
Next Canadian Space Agency Announces Stratospheric Balloon Flight Opportunity 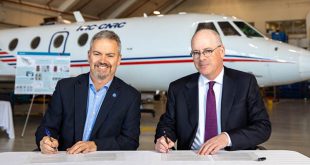