In this weeks podcast we spoke with Stephane Germain, CEO of GHGSat. GHGSat is an early stage company based in Montreal looking to become the global reference for remote sensing of greenhouse and air quality gas emissions from industrial sites.

To accomplish their goal GHGSat is using their patented technology in a sensor placed on a small satellite. Their first satellite, a demonstration satellite called Claire, has just completed its first year in orbit, proving out the technology, though there were some issues.

Aside from the commercial market they hope to dominate, GHGSat is also working with the Department of National Defence in determining how their technology can help the military. I also learned that GHGSat will have a ground station online later this year at the government’s Inuvik Satellite Station Facility.

As the only commercial company in this segment with a satellite on-orbit, GHGSat has an advantage on its competitors, an advantage it intends to capitalize on.

Boucher is an entrepreneur, writer, editor & publisher. He is the founder of SpaceQ Media Inc. and CEO and co-founder of SpaceRef Interactive Inc. Boucher has 20 years working in various roles in the space industry and a total of 28 years as a technology entrepreneur including creating Maple Square, Canada's first internet directory and search engine.
@marckboucher
Previous Rationale and Framework for a Canadian National Space Policy
Next Lawlessness on the Final Frontier 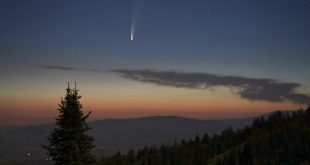