COM DEV (TSE:CDV) which on October 10th announced its largest commercial contract of $65 million ever, saw its stock target price boosted to $5.00 from $4.75 the next day by Canaccord Genuity. The renewed confidence in the company comes as analysts believe the company has rebounded from the lows of 2011.

The contract announced last week will see COM DEV deliver C, Ku-band and Ka-band multiplexers, switches and microwave components for multiple satellites and will be part of an unnamed companies global network of communication satellites.
The new target price comes a month after GMP Securities in Toronto raised their target price to $4.40 from $4.14. The new target was in part based on the fact that commercial market orders for COM DEV were to rebound in the next 1-2 quarters.
After hitting a five year low just two years ago at $1.60, the share price has risen to $4.34 as of this morning.
GMP Securities in its September 9th comment said “We believe COM DEV has successfully completed a turnaround in its core space equipment business and is on a path of profit growth driven by new satellite data services and further expansion into the U.S. market over the long term. We expect COM DEV’s core business to grow modestly over the next year, and its exactEarth data services business to drive accelerated profit growth over the next several years. We see good potential for earnings growth and multiple expansion.”

Boucher is an entrepreneur, writer, editor & publisher. He is the founder of SpaceQ Media Inc. and CEO and co-founder of SpaceRef Interactive Inc. Boucher has 20 years working in various roles in the space industry and a total of 28 years as a technology entrepreneur including creating Maple Square, Canada's first internet directory and search engine.
@marckboucher
Previous Greater Toronto Group Begins Crowdfunding Campaign For a Mississauga Planetarium
Next 2013 Canadian Aerospace Summit Starts Tomorrow

COM DEV, Now a Part of Honeywell Charts a New Course in Canada 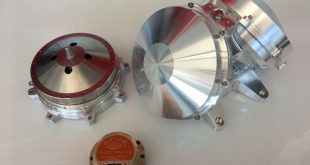 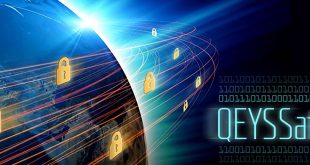