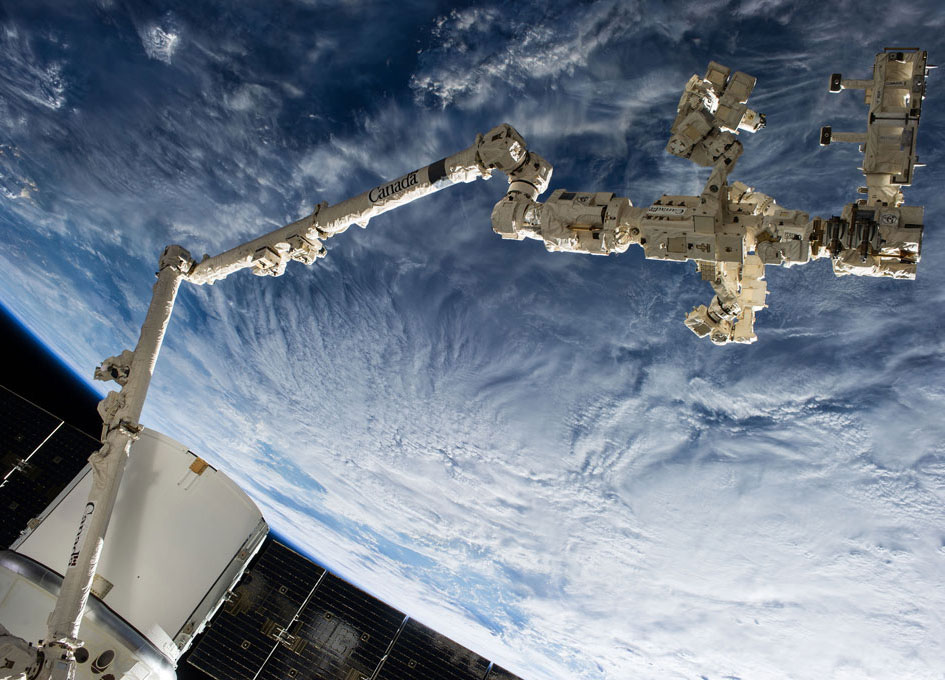 What Does a Trump Government Mean for the Canadian Space Sector

Change is coming to Washington, and the result of the U.S. election has shown us clearly an America divided. Bombastic businessman and showman Donald J. Trump is president-elect, and the Republicans have a majority in both the House of Representatives and the Senate.

While this may seem a clear path to enabling policies, it should be noted that Trump trails in the popular vote, and that nearly 50% of Americans chose not to vote. If Trump wants to govern beyond a first term, he’ll have to deliver a good first term, which could mean truly reaching out to the Democrats to work in bipartisan manner.
But what does a Trump government mean for Canada’s space sector?

With respect to civil space, Canada might not see much in the way of change with the exception to climate research. And while Trump issued protectionist statements in the lead-up to the election, new commercial opportunities might still be available to Canadian companies. The biggest change could be for the military, possibly in a positive way.

I don’t have a crystal ball, but based on who Trump has as his advisors does provide us some clues on what his policies will be.

Our publication NASA Watch is providing ongoing news and insights on what’s happening with the transition as it moves forward. But what we do know now is that “the bulk of the Trump Transition Team for NASA is headed by former Rep. Bob Walker and Mark Albrecht. Walker spent 20 years representing Pennsylvania in the House and served as chair of the House Science Committee. He also chaired the Commission on the Future of the United States Aerospace Industry and was a member of the President’s Commission on Implementation of the United States Space Exploration Policy. Albrecht was Executive Secretary of the National Space Council between 1989-1992 and principal space advisor to President George H. W. Bush. Albrecht is currently chairman of the board of U.S. Space LLC. It is going to take Walker and Albrecht a while to get up to speed.”

Two op-ed’s published in Space News co-written by Walker outlined Trump priorities on space. They include:

Of note, while Walker emphasized that commercial launch providers, including commercial crew, should be relied on more, he didn’t mention the fate of NASA’s expensive Space Launch System (SLS) including Orion. But he did say “a key Trump goal will be to create lower costs through greater efficiencies.” That usually translates into consolidation of programs and cutting budgets. SLS though could be tricky. Many of the jobs related to developing SLS are in strong Republican districts. It’s hard to imagine Congress cutting a big jobs program like SLS in their own districts.

One NASA budget area that will surely see cuts at some time is Earth Science. As well as the cuts, there could be some consolidation of NASA’s Earth Science programs which some of them moving over to the National Oceanic and Atmospheric Administration (NOAA).

But before any cuts happen there needs to be a budget, and that could take some time to sort out.
Some of the Trump space priorities could be good news for Canada.

An emphasis on on-orbit servicing is something MDA has been working on for several years. Canadian also have expertise in small satellite technology. And while climate change priorities will change under Trump, there could still be opportunities for companies like GHGSat of Montreal to provide small satellite sensors and global emissions monitoring data. As well, with an increased emphasis on the military space side, there could be new opportunities for participation by Canada.

A Trump government will also continue the policy of international collaboration on NASA science missions to defray some of the costs of these missions.

One exploration target which will likely get renewed emphasis is the moon. This could be advantageous to companies like Ontario Drive and Gear who’ve developed rover technology which is suitable for the moon. NASA’s Journey to Mars may now become the Journey to Mars by way of the moon.

It’s very early days. The Trump transition team doesn’t have NASA as a high priority. It will take some time before the dust settles and clarity comes. A new NASA Administrator is coming though NASA Associate Administrator Robert Lightfoot is likely to will serve as acting NASA Administrator until a nominee is confirmed.

Boucher is an entrepreneur, writer, editor & publisher. He is the founder of SpaceQ Media Inc. and CEO and co-founder of SpaceRef Interactive LLC. Boucher has 20+ years working in various roles in the space industry and a total of 30 years as a technology entrepreneur including creating Maple Square, Canada's first internet directory and search engine.
@marckboucher
Previous Short Cuts: Space Security 2016, SmallSats, Space Resource Utilization Law and Upcoming Events
Next The Canadian Space Agency Perspective from the 2016 Space Policy Symposium