The two UTIAS Space Flight Laboratory satellites were CanX-4 and CanX-5 and are a pair of identical nanosatellites. According to the Space Flight Lab “their primary mission is the demonstration of on-orbit formation flying. In this context, formation flying is defined as two or more satellites controlling their position and orientation with respect to one another to achieve a predefined configuration necessary for coordinated operations.” 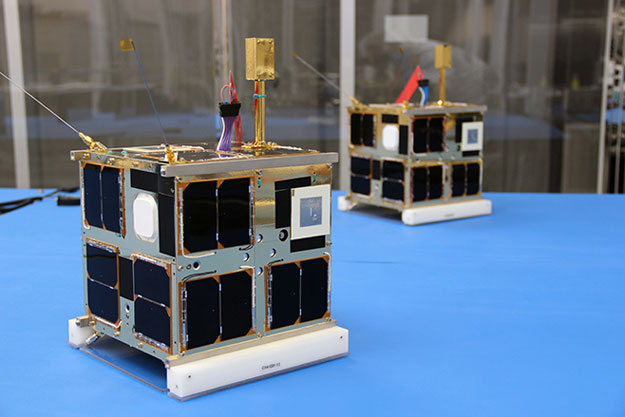 Boucher is an entrepreneur, writer, editor & publisher. He is the founder of SpaceQ Media Inc. and CEO and co-founder of SpaceRef Interactive LLC. Boucher has 20+ years working in various roles in the space industry and a total of 30 years as a technology entrepreneur including creating Maple Square, Canada's first internet directory and search engine.
@marckboucher
Previous The Government of Canada New Defence Acquisition Guide Outlines MilSpace Priority Acquisitions
Next UTIAS Space Flight Laboratory Built AISSat-2 Launched on Russian Rocket