Sidus Space today announced it had selected Kitchener-Waterloo based SkyWatch as a partner to distribute commercial data from its satellite constellation through the TerraStream service.

Sidus which is publicly traded on NASDAQ:SIDU through a traditional offering in 2021, is a spinoff of founder Carol Craig’s Craig Technologies. The company has built a good reputation over 10 years on the Florida Space Coast for its manufacturing skills.

The company plans to build a constellation of up to 120 small satellites in low Earth Orbit. The first satellite in the constellation, LizzieSat-1 is expected to launch this year into a “into a mid-inclination Low Earth Orbit from Cape Canaveral, Florida.”

LizzieSat-1 will have a suite of sensors that according to the company that “will supply mission-based data to clients and consumers focused on climate change, maritime shipping industry activities, and other commercially relevant interests.”

In a press release Carol Craig, Sidus Space Founder and CEO said “a key part of our business plan has always included monetizing high-impact data for insights on virtually every commercial sector, and, as we prepare to launch LizzieSat™ this year, this agreement represents an important milestone on that journey. As new customers and industries begin to understand how Space-based data can impact business strategy, we believe that Sidus is well-positioned to capitalize on the increasing demand.”

Boucher is an entrepreneur, writer, editor & publisher. He is the founder of SpaceQ Media Inc. and CEO and co-founder of SpaceRef Interactive LLC. Boucher has 20+ years working in various roles in the space industry and a total of 30 years as a technology entrepreneur including creating Maple Square, Canada's first internet directory and search engine.
@marckboucher
Previous ispace Completes 50% of the HAKUTO-R First Lunar Mission Milestones
Next Canadian Astronomical Society Provides Quarterly Update 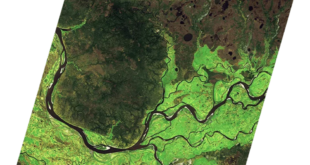