In this weeks Short Cuts we talk about the upcoming budget, moonshots, the universe as a hologram, the making of the RADARSAT Satellite Constellation, our new feature Startup Files, our new Culture section and more.

If you would like to submit a Short Cut, please email us at tips@spaceref.com.

Budget 2017 and the Space Advisory Board

Parliament reconvenes this week with a busy schedule including an upcoming budget. Last October I wrote about the budget and what different organizations were suggesting. We will shortly see if anything on anyone’s wish list materializes.

The Space Advisory Board has had plenty of time to go through the applications and vet potential members. It was assumed that we would have heard by now who was on the committee. But sources tell SpaceQ the Liberals are taking their time to make sure the process is completed diligently. We certainly should be hearing something soon as the one of the first tasks of the committee will be to work on the new space strategy to be released in June.

Paul Wells of the Toronto Star recently wrote the story “Should Ottawa be aiming for a ‘moonshot’?” It turns out that the government commissioned a public opinion research project on innovation. One of the tidbits to come from it, was that the government was, and Prime Minister Trudeau spefically, interested in a “moonshot”. This in part to celebrate Canada’s 150 birthday.

A “moonshot” is described in the report as “an ambitious, exploratory and groundbreaking project undertaken without any expectation of near-term profitability or benefits.”

Some will remember that Marc Garneau, when the executive vice-president of the Canadian Space Agency, introduced a new Mars program in 2001 with the catchy name “Allons-y! Let’s go to Mars“. Canada would set it sights on the red planet. In 2003 Canada announced it was sending an instrumentation package on the 2007 NASA Mars Phoenix Scout mission. It was wasn’t quite the “moonshot” that was originally conceived of by the Canadian Space Agency, but under the budget constraints at the time, it was a win.

So for the space community, what would a “moonshot” represent if it had the Prime Minister’s ear?

How about taking the next step from the CSA’s original idea. A Canadian led Mars orbiter or lander? We wouldn’t go it along, but we would be the lead an bring in partners. NASA would surely come onboard as would some of our other traditional partners.

How about using some of that rover expertise developed under the Harper government? A Canadian led rover on the moon, with a drill onboard. Make it a public – private partnership. The moon is already in the sights would be commercial exploration, why shouldn’t Canada be a part of that? After all, we are leaders in the mining sector. Add the rover expertise to that and get commercial companies to invest some of their money, and it’s a win win for everyone.

But let’s not get too far ahead of ourselves. Successive governments have been shy about increasing the budget for Canada’s space program. 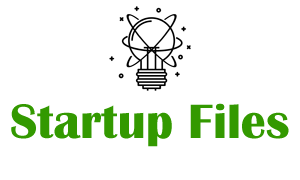 Last week we launched our new feature Startup Files which will become a regular feature on SpaceQ focused on startups and new ideas in the space sector. Our first story is about the current status of the Google Lunar X Prize and the Canadian participants.

Space is hard. While startups success rates are slowly increasing in low earth orbit (LEO), it’s even harder for startups looking beyond low earth orbit. In fact, no company with the goal of operating a commercial enterprise near or on the moon, can call themselves a success, yet. But just maybe we’ll the emergence of one as a the result of the Google Lunar XPRIZE.

We also launched our Culture section with a story on a new science fiction series made in Canada that combines real science with the drama of exploration.

Alone, stranded 11.9 light years from Earth in the Tau Ceti system after an accident, Deep Six chronicles the lives of 250 intrepid astronauts and their military escorts on a perilous deep space mission trying to establish humanity’s first outpost outside of our own system, only to experience a hostile first encounter.

Exoplanet Tau Ceti F had been discovered two centuries earlier and is now known as Siku. It has a rocky moon where a human outpost has been setup and which sees much of the action when the cast characters aren’t in their spacecraft. Like 2001: A Space Odyssey, the show revels in combining real hard science with the unfolding drama besetting the cast. The nine-part digital sci-fi web series is a creation of awarding winning writers Davin Lengyel and Mika Collins.

The first observational evidence that the universe could be a hologram has been published in the journal Physical Review Letters. The international study may lead to new beliefs on the Big Bang Theory and on quantum gravity, one of theoretical physics’ most profound problems.

“We are proposing using this holographic universe, which is a very different model of the Big Bang than the popularly accepted one that relies on gravity and inflation,” said Niayesh Afshordi, professor of physics and astronomy at the University of Waterloo and Perimeter Institute, and lead author in the study. “Each of these models makes distinct predictions that we can test as we refine our data and improve our theoretical understanding – all within the next five years.”

Space Concordia is Ready for Liftoff in 2017

Things are looking up for Space Concordia.

Since its 2010 inception, when former professor Scott Gleason assembled a team of engineering students to participate in the first Canadian Satellite Design Challenge, the group has expanded to become a multidisciplinary society.

It now has four sub-divisions — Spacecraft, Rocketry, Robotics and Special Projects. What’s more, it has garnered awards at international competitions and received praise from the Canadian Space Agency.

This coming June, the society plans to send members of its Rocketry division to New Mexico’s Space Port America, the world’s first commercial spaceport, to compete in the first annual Space Port America Cup. Conceived as an expansion of the Intercollegiate Rocket Engineering Competition (IREC), it will feature 110 teams from 11 countries.

Today, more than 16 years of space-weather data is publicly available for the first time in history. The data comes from space-weather sensors developed by Los Alamos National Laboratory on board the nation’s Global Positioning System (GPS) satellites. The newly available data gives researchers a treasure trove of measurements they can use to better understand how space weather works and how best to protect critical infrastructure, such as the nation’s satellites, aircraft, communications networks, navigation systems, and electric power grid.

“Space-weather monitoring instruments developed at Los Alamos have been fielded on GPS satellites for decades,” said Marc Kippen, the Los Alamos program manager. “Today, 23 of the nation’s more than 30 on-orbit GPS satellites carry these instruments. When you multiply the number of satellites collecting data with the number of years they’ve been doing it, it totals more than 167 satellite years. It’s really an unprecedented amount of information.”

We are happy to announce three new MSc/PhD positions in exoplanet science at the Institute for Research on Exoplanets (iREx) at Université de Montréal. The three students will work in Professor Björn Benneke’s new group on the characterization and discovery of exoplanets and their atmospheres.

Applications are invited for a post-doctoral position in observational infrared astronomy in the Department of Physics and Astronomy at The University of Western Ontario. The successful candidate will pursue projects with Prof. Els Peeters. These projects will be related to studies of Polycyclic Aromatic Hydrocarbons (PAHs) and dust in various environments, with an emphasis on (galactic and extragalactic) star-forming regions and photodissociation regions (PDRs), and will utilize Spitzer, SOFIA, ground-based and future JWST observations. The successful applicant will be expected to participate in the preparation for the upcoming JWST mission and in the analysis of JWST Early Release Science data.

The Making of a Satellite – The RADARSAT Constellation

Canada is currently building and testing the three identical satellites of the RADARSAT Constellation Mission (RCM). This animation presents the key components of an RCM satellite.

Northstar Announces Closure of Milton Plant, 200 Jobs to Be Lost

Nearly 200 people will lose their jobs later this year after Northstar Aerospace announced it’s closing production at its Milton facility.

“This facility closure is the result of market factors, not the facility’s performance,” he said. “The closing of the Milton facility is the result of the loss of content on the Boeing AH-64E Apache program. There is not sufficient additional new work to make up for the drastic loss of content on the Apache program for the operation to remain open.”

Northstar is best known locally for work it produced for the Canadian Space Agency’s Canadarm.

Boucher is an entrepreneur, writer, editor & publisher. He is the founder of SpaceQ Media Inc. and CEO and co-founder of SpaceRef Interactive LLC. Boucher has 20+ years working in various roles in the space industry and a total of 30 years as a technology entrepreneur including creating Maple Square, Canada's first internet directory and search engine.
@marckboucher
Previous Hard Science Fiction Web Series Deep Six Coming in May
Next Canadian Space Agency Release Profiles of Final 72 Astronaut Candidates