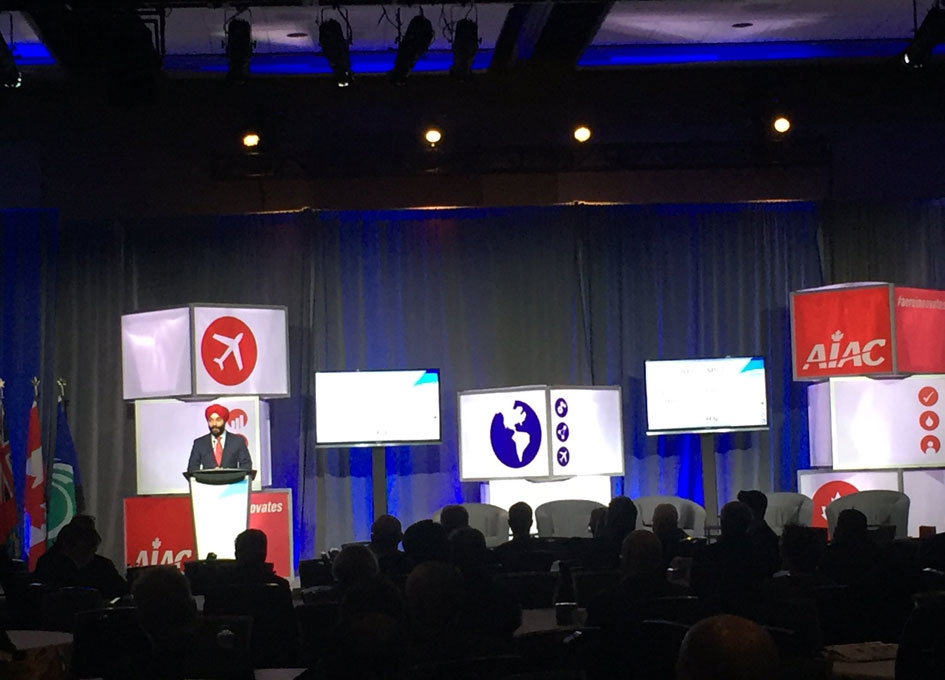 At the recent AIAC 2016 Canadian Aerospace Space Summit Innovation, Science and Economic Development Canada (ISED) Minister Bains in his speech said a new space strategy will be launched next June with the new Space Advisory Board supporting the development of long term priorities for Canada’s space program.

Since the new space strategy will be unveiled after the budget, does that mean the budget won’t include any new initiatives or funding for the space program? Or are there items that would presumably be in a new strategy that might be in the budget anyway?

Transcript of the speech by Minister Bains delivered to the AIAC 2016 Canadian Aerospace Summit.
Here are two of the relevant paragraph’s from the transcript. Unfortunately the transcript is not in the public domain according to ISED. To read the full transcript visit the government website.

“As I mentioned earlier we are supporting MDA and its partners with a $54 million contribution through TDP again, a very popular initiative, the technology demonstration program. The government is also committed to revitalizing the Space Advisory Board. The members of this board will be selected based on the open merit based criteria laid out by the Prime Minister’s new appointment process.”

“This board will support the development of long term priorities for Canada’s space sector and it will consult stakeholders to define the key elements of a space strategy which will be launched in June. Our strategic objectives will focus on using space to drive broader economic growth and we’ll do that by supporting talent, research and entrepreneurship within the industry.”
Updated 3:00 p.m. EST.

Boucher is an entrepreneur, writer, editor & publisher. He is the founder of SpaceQ Media Inc. and CEO and co-founder of SpaceRef Interactive LLC. Boucher has 20+ years working in various roles in the space industry and a total of 30 years as a technology entrepreneur including creating Maple Square, Canada's first internet directory and search engine.
@marckboucher
Previous A Balanced Space Program from the 2016 Space Policy Symposium
Next Short Cuts: New Space Strategy Coming in June 2017, a Balanced Space Program and more