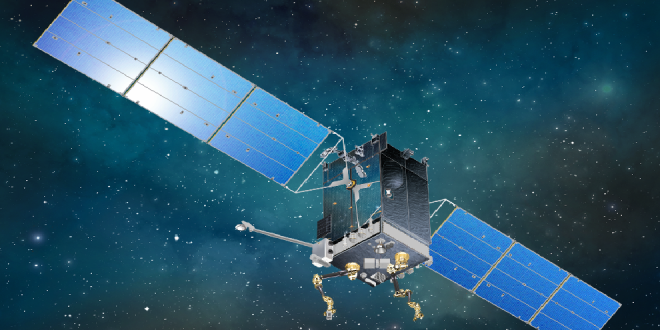 The days of on-orbit servicing, or satellite servicing, living in obscurity are over. On February 7, Orbital ATK, Inc. and their subsidiary Space Logistics LLC, filed a lawsuit in the Eastern District of Virginia to stop the U.S. Defense Advanced Research Projects Agency (DARPA) from awarding Space Systems Loral (SSL), a subsidiary of Canada’s MDA, a contract to to develop satellite servicing of spacecraft in geostationary orbit (GEO) for the Robotic Servicing of Geosynchronous Satellites (RSGS) program.

Both Orbital ATK and MDA, through SSL, have been pursuing satellite servicing technology development and eventual contracts, both government and commercial, for many years. 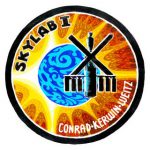 The roots of satellite servicing can be traced back to at least 1973 when Skylab was launched on May 14 and immediately encountered a problems once it reached orbit. Neither the micrometeoroid shield or the solar arrays had deployed. On May 25, the first Skylab crew launched and brought with them a repair kit allowing the astronauts to fix the problem. The era of satellite servicing had begun.

In 2010 NASA’s Goddard Space Flight Center which has been working on satellite servicing on behalf of NASA, released the detailed On-Orbit Satellite Servicing Study – Project Report which does a good job of discussing the history of satellite servicing.

That report included DARPA’s Orbital Express mission of 2007 which is noticeably absent from the Factual Background of the complaint.

From a commercial perspective one of the earliest ventures was led by Walter Andersen who co-founded  Orbital Recovery Corporation in 2002 with Phil Braden, Alex Polman, and Dennis Wingo. Ahead of their time, their project floundered when Andersen was arrested for tax evasion.

Fast forward to 2010 when MDA began publicly discussing satellite servicing. It’s initiative, called Space Infrastructure Servicing, included Intelsat as its “anchor” tenant as announced in 2011. However, the initiative never took flight as MDA couldn’t get enough commercial customers, and at the time hadn’t acquired SSL yet, leaving them with no real avenue for U.S. government contracts, including the Department of Defense.

MDA never gave up on the idea and when it acquired SSL in 2012, it was able to revive its efforts and has been building up its effort ever since.

Before Orbital and ATK merged, ATK was already pursuing satellite servicing. On January 13, 2011 they announced a new venture with U.S. Space LLC for Vivisat with its Mission Extension Vehicle (MEV).

Several years later, and after Orbital and ATK have merged, their subsidiary Space Logistics LLC, is tasked with their satellite life extension efforts.

In April 2016 Obrital ATK and Intelsat announced that Intelsat would be is first customer. In the Intelsat press release  they state “Orbital ATK will introduce in-orbit satellite servicing with the Mission Extension Vehicle-1 which is based on the company’s GEOStar spacecraft bus platform. Controlled by the company’s satellite operations team, the MEV-1 uses a reliable, low-risk docking system that attaches to existing features on a customer’s satellite. The MEV-1 provides life-extending services by taking over the propulsion and attitude control functions. The vehicle has a 15-year design life with the ability to perform numerous dockings and undockings during its life span.”

In November of 2016 Orbital ATK was awarded a contract by NASA’s Space Technology Mission Directorate (STMD) to establish a Commercial Infrastructure for Robotic Assembly and Services (CIRAS).  In the press release Tom Wilson, President, Space Logistics LLC said “we are well on our way to providing the industry’s first in-orbit satellite life extension service with our Mission Extension Vehicle (MEV). During CIRAS, we will build upon the MEV’s existing capabilities, such as rendezvous and docking. It’s an amazing opportunity to execute our roadmap to develop the technologies and lower the risks of delivering higher value, more sophisticated space logistics to support many civil and commercial mission opportunities in the future.”

Meanwhile MDA, through its subsidiary SSL, was awarded two contracts in 2016 related to satellite servicing. MDA US Systems, a division of MDA managed by SSL, received a contract from DARPA to design and build a robotic arm flight hardware for the first phase of the RSGS program last summer. The work is being done for the U.S. Naval Research Laboratory, which is the prime contractor. Then in December NASA’s Goddard Space Flight Center (GSFC) yesterday announced that SSL had won a $127 million contract to develop the Restore-L Spacecraft Bus.

The complaint, which you can read in its entirety below, contends that “DARPA unlawfully intends to waste hundreds of millions of U.S. taxpayer dollars to develop robotic satellite servicing technology for which DARPA has admitted there is no present U.S. Government need and that NASA and the U.S. private sector – specifically Plaintiffs – are already developing.”

The complaint goes on to say DARPA is violating the National Space Policy of the United States of America, an Executive Order of then-President Obama on June 29, 2010.

DARPA for its part has existed since 1957, the year the then U.S.S.R. launched the first satellite, Sputnik, “to make pivotal investments in breakthrough technologies for national security”.

The lawsuit was filed before the DARPA had officially made the announcement that they were going to award the contract to SSL.

According to the Washington Post, who first reported the story, DARPA had posted and then removed notification of the award and that the contract was worth US$15 million. If accurate, the US$15 million investment seems to be a far cry from the “hundreds of millions” stated in the complaint. However, DARPA, if the initial technology demonstration is successful, could award SSL, a follow on contract worth substantially more.

The official announcement of the DARPA RSGS contract came on February 9, two days after the lawsuit was filed.

As for MDA, in their press release they stated “DARPA’s Robotic Servicing of Geosynchronous Satellites (RSGS) program is expected to be the foundation of a new business for SSL that will serve both commercial and government operators with repair, upgrade, relocation, and refueling of on-orbit assets.”

It’s clear that for MDA, this venture is meant to lead a new business segment for the company.

SpaceQ asked for comments from Orbital ATK and MDA.

Vicki Cox, Director, Communications for Orbital ATK provided this statement “Orbital ATK has filed a lawsuit in the U.S. District Court for the Eastern District of Virginia in response to DARPA’s apparent decision to continue pursuing a program that violates long-standing principles of the U.S. National Space Policy, wastes taxpayer funds, and benefits a foreign-owned corporation. Orbital ATK is already investing its own private capital to develop in-space satellite servicing that includes satellite life extension, to be followed by robotic in-space repair and assembly capabilities. The company has an  anchor customer contract in place for its first servicing vehicle and a launch scheduled for next year. The U.S. National Space Policy explicitly directs government agencies to avoid funding activities that are already in development in the commercial marketplace. Orbital ATK will continue to pursue all available options to oppose DARPA from moving forward with this illegal and wasteful use of U.S. taxpayer dollars.”

Steve Oldham, Senior Vice President of SSL provided the following statement; “We are not a party to the lawsuit, which is between Orbital and DOD, and so to comment on it would be inappropriate. SSL did provide a fully compliant response to DARPA’s solicitation, allowing a highly sophisticated satellite servicing capability that can serve the needs of both Government and commercial customers. We were excited to announce today that we were selected for the RSGS program and we look forward to partnering with DARPA.“

While the contract with Intelsat will allow the Orbital ATK MEV-1 spacecraft to dock and move an Intelsat satellite, it does not include the other technology demonstration abilities that the DARPA RSGS mission has.  That technology demonstrations, other than moving docking and moving, includes; high-resolution inspection, refueling, correction of mechanical anomalies, and installation of attachable payloads, enabling upgrades to existing assets.

For its part, Orbital ATK contends that it is working on inspection, repair and in-orbit assembly as future technologies for the MEV.

The Court of Politics

The backroom politics of this complaint can’t be ignored, not in an era of a President Trump administration that seemingly negotiates by Twitter.

The complaints first paragraph is purposefully incendiary. It states “DARPA unlawfully intends to waste hundreds of millions of U.S. taxpayer dollars.” Those are words you might hear from the President Trump administration utter when trying to cut a program or costs.

And while DARPA is the defendant, SSL stands to lose the most if judgement is issued in Orbital ATK’s favour.

In another article published in the Washington Post today, the writer Aaron Gregg, who broke the story last week, says that “Three entities – NASA, DARPA and Orbital ATK – are spearheading efforts that could remedy that problem.” He’s referring to satellite servicing. What he doesn’t mention is that MDA, through SSL, has also been spearheading these efforts. He also goes on to say, in also referencing MDA’s SSL contract with NASA on the Restore-L mission, that the government is “giving a Canadian-owned company a substantial chunk of the U.S. government funded effort to build space robots.”

What he fails to say is that even though SSL is now a subsidiary of MDA, the work will be done in the U.S. and the funds will be spent in the U.S. SSL, based in Palo Alto, California, was founded in 1957 and is celebrating 60 years as U.S. aerospace manufacturer.

Orbital ATK is based in Dulles, Virginia and the lawsuit will be heard in Virginia. Advantage Orbital ATK, as they are “inside the beltway”.

The Court of Justice

Ultimately the outcome of the lawsuit should be based on the merits of the case. The fact that DARPA went forward with the contract announcement suggests they feel confident in what they’re doing. In the meantime, satellite servicing and its potential lucrative payout down the road need not live in obscurity anymore.

Boucher is an entrepreneur, writer, editor & publisher. He is the founder of SpaceQ Media Inc. and CEO and co-founder of SpaceRef Interactive LLC. Boucher has 20+ years working in various roles in the space industry and a total of 30 years as a technology entrepreneur including creating Maple Square, Canada's first internet directory and search engine.
@marckboucher
Previous Planet Labs Sees Growth Opportunity in Canada
Next Short Cuts: 104 Satellites Launched, Satellite Servicing, Drone EO, Student Conference and More