For Open Space Orbital (OSO) the mission continues to raise funds to build Canada’s first orbital space launch company. Unfortunately their Kickstarter crowdfunding campaign did not resonate with the public and since Kickstarter has an all or nothing policy when it comes to meeting fundraising goals, OSO comes away without any funds.

While Kickstarter is the highest profile and most popular of the crowdfunding companies its policy of all or nothing is somewhat controversial. So for Open Space Orbital they won’t even get any of the $5,568 they raised. Other crowdfunding companies like Indiegogo and RocketHub don’t have that policy.
OSO sent out the following letter to backers:
“After a long and engaging month of sharing out project with the world, we unfortunately were not able to reach our funding goal on Kickstarter.
That said, this was just one funding attempt for Open Space Orbital and we are excited to move forward with new hands and new insights. This was a growthful experience, and our next moves will target entrepreneurial funding and federal grants.
We will continue to keep you, our backers, fully in the loop as our biggest fans moving forward, and can’t express our gratitude for your support enough.
The future is bright and exciting. Capability in space is a national priority, and access to orbit is a must with interplanetary travel efforts looming. It will be a team effort, though, and we invite Canadians to question how they can play their own inspirational role in advancing our nation in space. This is an inspiring time; a time of possibility and creation.
‘We welcome you to the team, to the future of space exploration, and thank you very much for your support. Let’s Open Space.”
In a follow up email to SpaceRef, OSO founder and CEO Tyler Reyno said “moving forward with the same action steps on the agenda, we’re adjusting our focus to entrepreneurial funding (Futurpreneur, CEED, etc.) and federal grant money.”
So the project will move forward but in a less public way with other financial avenues to be explored.
Related: A New Canadian Rocket Company Aims To Go Where None Before Have Succeeded

Boucher is an entrepreneur, writer, editor & publisher. He is the founder of SpaceQ Media Inc. and CEO and co-founder of SpaceRef Interactive LLC. Boucher has 20+ years working in various roles in the space industry and a total of 30 years as a technology entrepreneur including creating Maple Square, Canada's first internet directory and search engine.
@marckboucher
Previous Canadian Nanosats CanX-4 and CanX-5 Achieve Notable Firsts
Next The Canadian Government Invests in New Earth Observation Products 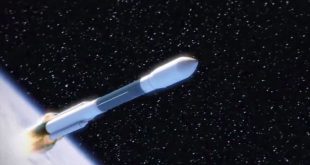