SpaceQ has learned that Alain Berinstain, the current Director of Policy for Minister of Transport Marc Garneau, is leaving government to  work for the U.S. based space exploration company Moon Express.

A press release from Moon Express is expected to be released shortly.

SpaceQ spoke with Mr. Berinstain who said he was leaving a job he admittedly loves for family reasons. He works in Ottawa but his family lives in Montreal. When the opportunity came up to join Moon Express, he made the decision to leave government. The new job will see him and his family move to the space coast in Florida. His last day working for the Minister of Transport is November 20.

Before Berinstain began working for Minister Garneau, he had worked 17 years at the Canadian Space Agency (CSA). He left the CSA in 2013 and at the time was the Director of Science and Academic Development and before that was the Director of Planetary Exploration and Space Astronomy.

Berinstain told SpaceQ “I am really excited about rejoining the space world. I left the Canadian Space Agency in 2013 and for the last two years I have had the honour of working with Canada’s Minister of Transport, Marc Garneau, as his Director of Policy.  After a long career in the public sector, I look forward to this new challenge of developing privately-funded space exploration.”

Berinstain will become the Vice President of Global Development responsible for driving the companies global initiatives. This is the first commercial space company Berinstain has worked for.

Moon Express, founded in 2010, is looking to drive economic activity of the moon by providing low cost access for both scientific exploration and economic development.

Their first mission is scheduled for the first quarter of 2018. A Lunar Scout based on their MX-1 Scout Class robotic explorer will be launched to the moon by a Rocket Lab launch vehicle.

Moon Express is also a participant in the Google Lunar X Prize and hopes this mission will allow them to win the competition. To date Moon Express has raised $45 million.

In July I interviewed Moon Express CEO Bob Richards about the company and their plans.

Boucher is an entrepreneur, writer, editor & publisher. He is the founder of SpaceQ Media Inc. and CEO and co-founder of SpaceRef Interactive LLC. Boucher has 20+ years working in various roles in the space industry and a total of 30 years as a technology entrepreneur including creating Maple Square, Canada's first internet directory and search engine.
@marckboucher
Previous Toronto’s Space Flight Laboratory is a Pioneer in the Evolution of Small Satellites
Next Canada and Ukraine Sign Space Agreement to Cooperate on Space Activities 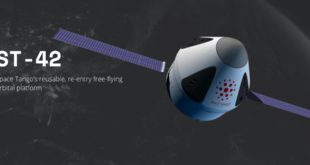 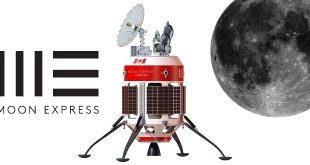