Clear, dark skies, a simple telescope, and a solid support for your telescope are all you need to discover the universe. The surface of the Moon would be an excellent place to set up camp and stargaze. Too bad the Moon has been so unreachable by private citizens, at least, until now.

At the Galaxy Forum Canada this past weekend in Vancouver, the International Lunar Observatory Association (ILOA) hosted a meeting where they announced that they will be flying a telescope to the Moon in 2015 aboard a robot lander built by a company called Moon Express, and private citizens, educators, and researchers will be able to control that telescope from Earth. It will be the first privately-funded telescope in space.
This is possible because there exists a new breed of businesspeople, a group of space entrepreneurs, men and women who believe that they can make money by exploring and using space in new ways.
The space sector is already viable from a business perspective, with a good part of revenues and employment coming from the space telecommunications industry. Governments funded the first experimental communications satellites, but over time, private industry took over and created wealth in the private sector. With help from governments, private enterprise has begun to sell transportation services from Earth to the International Space Station, first with cargo and eventually with humans.
A new wave of space entrepreneurs is attempting to make money by taking tourists to space, by mining the Moon and asteroids for resources, and by creating new forms of entertainment to be sold here on Earth. The X PRIZE has catalyzed competition in the private sector by offering prizes to those who achieve goals previously only reachable by deep government pockets. Scaled Composites won the $10-million Ansari X PRIZE in 2004 by being the first private organization to fly into space twice within two weeks with crew on board, using the same spacecraft. Thanks to the Ansari X PRIZE, private companies like Virgin Galactic will shortly be offering short trips high above the Earth, offering a view that only a few humans have seen with their own eyes and the opportunity to experience a few precious minutes of floating weightless. It remains to be seen whether this will create a sustainable business that actually brings in more revenue than it spends.
Along comes Moon 2.0, a nickname for a new competition, sponsored by Google for the first privately-funded landing and operation of a robot on the Moon. It needs to land safely, travel 500 metres, and send back high-resolution images and video, by the end of 2015. The Google Lunar X PRIZE has some 23 registrants who say they will do it, and win at least part of the $30-million purse. Moon Express is considered a leading contender in the competition, and ILOA is one of its first customers.
If successful, this telescope will be the first privately-funded telescope in space. In 2011, an engineering model of the telescope was built and tested at an observatory at the top of Mauna Kea, and it was controlled by astronomers over the internet from around the world, much like the telescope on the Moon will be controlled.
The competitors of the Google Lunar X PRIZE will probably spend more money than the prize money they are trying to win, but they hope to set up a capability to be used and reused commercially for a long time to come. Beyond winning the prize, some of the teams like Moon Express hope to set up an infrastructure for commerce to the Moon, on the Moon, and from the Moon.
—
Alain Berinstain is the former Director of Planetary Exploration and Space Astronomy at the Canadian Space Agency and is now owner of psyence.ca.

Boucher is an entrepreneur, writer, editor & publisher. He is the founder of SpaceQ Media Inc. and CEO and co-founder of SpaceRef Interactive LLC. Boucher has 20+ years working in various roles in the space industry and a total of 30 years as a technology entrepreneur including creating Maple Square, Canada's first internet directory and search engine.
@marckboucher
Previous Toronto Team Receives Honorable Mention at the International Space Apps Challenge
Next Fires in Northern Saskatchewan 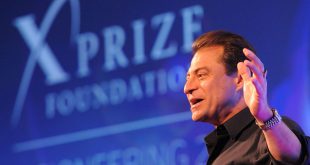 From the X Prize to Mining Asteroids: An Interview With Peter Diamandis – Space Quarterly Magazine Archive 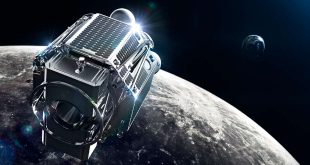 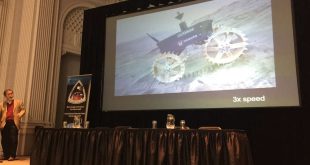