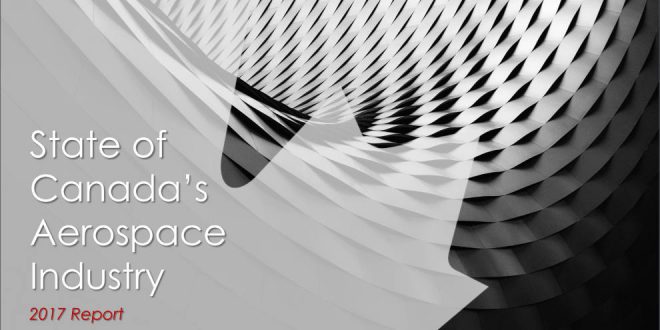 I read the Aerospace Industries Association of Canada press release and then I read the report (which is a converted powerpoint presentation). In reading both I couldn’t help but think this report is all about the ‘aero’ portion of the aerospace industry and that the space sector was lost in aerospace.

Where’s the space from the aerospace sector?

Slide 4 states “The Canadian aerospace industry ecosystem is interlinked with the space and the defence industries” and that “beyond space systems manufacturing, the space industry includes satellite operations, value-added applications and space based broadcasting.”

What it doesn’t do is inform the reader, or the reporter (who may not know better) that the space sector accounts for approximately 20%* of the $27.2B in revenues cited in the report.

Other than Slide 4, the rest of the report is focused on manufacturing and maintenance, repair and operations (MRO) with the space sector revenues lumped in with the overall manufacturing data.

Which brings into question, how useful is this report if the data is skewed towards showcasing the ‘aero’ portion of the aerospace industry? After all, it doesn’t paint a true reflection of the Canada’s aerospace industry. Take out the space sector data and the picture changes quite a bit. Including it without breaking it down further to paint a true picture, is disingenuous.

However, the way the data is presented shouldn’t surprise anyone. The AIAC membership is overwhelmingly made up of ‘aero’ companies and it’s in the interest of the department of Innovation, Science and Economic Development Canada (ISED) to showcase a strong ‘aero’ sector.

This report is not an aerospace report, it’s an aero report that includes space sector data conveniently used to make the overall picture look better.

Here are the key findings in the ‘aero’ report:

Boucher is an entrepreneur, writer, editor & publisher. He is the founder of SpaceQ Media Inc. and CEO and co-founder of SpaceRef Interactive LLC. Boucher has 20+ years working in various roles in the space industry and a total of 30 years as a technology entrepreneur including creating Maple Square, Canada's first internet directory and search engine.
@marckboucher
Previous The Dream of Becoming an Astronaut: Part 2
Next SpaceQ Podcast Episode 2: Canada Needs a General Outer Space Law