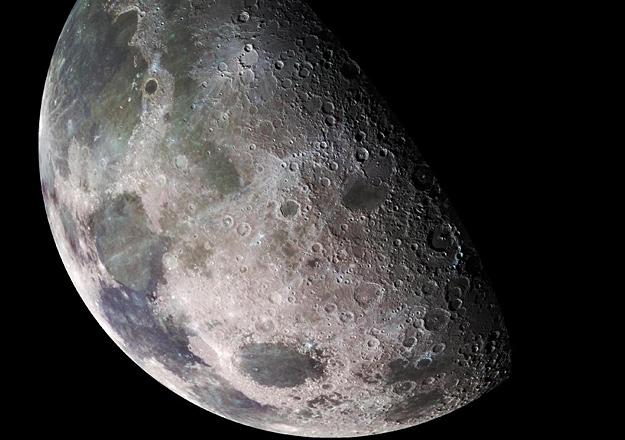 As a member of the Apollo 17 mission in 1972, former NASA Astronaut Harrison ‘Jack’ Schmitt was the last man to step onto the Moon. This week, Schmitt descended on Western University in London, Ont. to participate in the 2012 Canadian Space Summit.

Selected for NASA’s Scientist-Astronaut program in 1965, Schmitt organized the lunar science training for the Apollo Astronauts, represented the crews during the development of hardware and procedures for lunar surface exploration, and oversaw the final preparation of the Apollo 11 Lunar Module Descent Stage. He served as Mission Scientist in support of the Apollo 11 mission. After training as back-up Lunar Module Pilot for Apollo 15, Schmitt flew in space – the only scientist ever to do so – as Lunar Module Pilot for Apollo 17, the last Apollo mission to the moon.

A long-time advocate of a private, investor-based approach to returning humans to the Moon, Schmitt, now 77, released his seminal work “Return to the Moon: The Exploration, Enterprise, and Energy in the Human Settlement of Space” in 2006.

This evening, Schmitt delivers Western’s 9th Annual Planetary Science Distinguished Public Lecture but before he shared his thoughts with students, faculty and visitors to campus, the former U.S. Senator sat down with SpaceRef for a candid conversation about mining and colonizing the Moon, the importance of Helium-3 and why returning to Earth’s only natural satellite will be an excellent training exercise for a future Mars mission.

Schmitt also told SpaceRef he would love to go back to the Moon one day but his wife has made him promise that if the opportunity presents itself, she gets to go too.

Why is a private, investor-based model the right way to go for humans if we want to return to the Moon?

I think there are two things. The western world needs to continue to have national space programs, cooperative or however, in order to be represented in this new ocean. Just like when our Canadian and American frontiers were opening up. We need to be there.

Secondly, if you’re going to develop a commercial product on the moon, such as its energy resources, then why not use the expertise that we know exists within the private sector to do that. It doesn’t mean the two programs would be incompatible. Both I think can be very compatible.

Do you still believe that the extraction of Helium-3 from the Moon is possible and more importantly, can it be used as a legitimate source for energy production?

There is no question that it’s possible to extract it. All you have to do is heat the regolith, the debris layer that covers the Moon, and this solar wind-derived helium, as well as hydrogen, carbon and nitrogen compounds, will come off. You just need to heat it to 700 degrees centigrade and it comes off. Then you just have to refine it by cooling to get the various gases out as they condense. That is certainly, technically feasible. We certainly know how to do that.

Mining it is technically feasible. We certainly know how to do large-scale, open-cut mining. And these are not big open cuts. You go down three metres, that’s all you need to go, and you just eat your way through the regolith. The best concept I have seen so far is the one the Wisconsin people* put forward and that’s a bucket wheel miner that they’ve refined in many ways and looks like it feasible to use. Of course, it requires settlement to support that kind of activity, which is a nice way to support getting human beings onto another planet. I have no problem with that at all. I think that’s very important for the future.

Now the use of Helium-3 as a fusion fuel, at least in a preliminary way, has been demonstrated again by the Wisconsin people. They actually fused it with the heavy isotope of deuterium and produced, obviously not power levels of protons, but they produced protons approaching 109 (ten to the ninth power) per second. That sounds like a lot but it’s not a lot compared to what you need to produce power.

What do you have to do from there? You have to develop the engineering systems to actually have a commercial fusion reactor, one that at some point will produce a gigawatt of power. To demonstrate that you can do that, you probably don’t need to go quite to that level but you need to demonstrate that to investors before you’re going to get them to put significant resources into it.

The reason we think that type of fusion is even more feasible than what the world is working on right now, and that is deuterium-tritium fusion, is that the reaction products from Helium 3-deuterium fusion or Helium 3-Helium 3 fusion, which is ideal, is primarily proton. And that’s a positively charged particle that can be contained by electrostatic forces rather than magnetic forces, which makes the capital costs of these plants much, much less.

And you can go to direct conversion, which makes its efficiency much higher and because they’re protons, you don’t produce radioactivity in the walls of your reactor as you would with the neutrons, which would come from deuterium-tritium reaction.
From a commercial point of view, long-term, it looks far more desirable to use Helium-3 and if we had it here on Earth, I’m sure that’s what we would be working on.
You have a little bit. You used to have enough for research – that’s a different subject. And there is still some around that you can use for research but most of the Helium-3 has been usurped by Homeland Security right now because it also very useful in detectors for neutrons at the borders of our countries. Just in case somebody tries to smuggle some nefarious products into the country.

What can we learn from the Moon in terms of science, manufacturing and new technologies?

There is no question that the engineering advances that would obviously be required, not theoretical advances, they’re engineering advances, in order to keep your payload small and to reduce the number of people required in a mining operation can be very important advances for terrestrial mining. In fact, I’ve talked to many groups of people affiliated with major mining companies in Australia and Canada and they all say, “If those advances, once they’ve been developed for the reason of Helium-3 fusion, will almost certainly spinoff and assist in automating and improving our mining techniques here on Earth, particularly, in large-scale, open cut mining. There will be those kinds of returns.

Are they going to invest in that level of technology in order to have the advantage? Probably not. But they are continually investing in automation and mining terrestrially is still geared around very large, heavy machinery. Where as when you start thinking about the Moon, you don’t launch heavy machinery to the Moon. You launch light machinery and then you use the material of the Moon to increase its mass so that you have the kind of stability that you need. That kind of engineering advancement is probably not something that the mining industry is going to do on their own but they would benefit from it once it was done for another reason.

As the only scientist to have traveled to the Moon, do you think future moon missions should be science-based or at the very least, include scientists as part of the crew?

As with Apollo, it doesn’t make any sense to develop a capability to go to the Moon and return safely to Earth – as Kennedy challenged us to do and Eisenhower assisted him by getting the Saturn V launch vehicle development going – and not utilize that capability to do other things, such as scientific exploration. And the Moon not only has a great more deal to us about our Earth and the terrestrial planets and the environment that existed in the early history of the solar system.

But it also is going to teach us how to go to Mars. The Moon is a relatively nearby base on which we can begin to plan and learn how to do some things that are unique to Mars. For example, when you go to Mars, the people that do that, the astronauts that go there, are going to be alone at least for extended periods of time. The Earth is a great data processing centre in the sky that you can send data back and forth to and get it processed and they can help you with planning but they’re not going to be involved as the Mission Control Center was involved during Apollo or during shuttle flights. That’s just not going to happen. Autonomy is the key. Well, you can use the Moon to learn how to do that. It’s not very far away and you take fewer risks, a lot fewer risks, and if you want people to learn how to operate autonomously, you just build in those kinds of communication delays. It doesn’t mean that somebody isn’t listening. You just work it as a simulation while simultaneously gaining new scientific information.

Also, the heavy lift rockets that you have to develop in order to work on the Moon, whether it’s for mining or any other thing like building a base, is certainly consistent with the assembled spacecraft that you have to build to go to Mars and return. I just feel when you put everything together, and there are many other issues, that learning to work on the Moon and to go back to the Moon is the fastest way to get us to Mars.

I know you believe humans need to establish permanent colonies on the Moon to proceed with further space exploration, but is it truly possible? And if so, how soon is it possible?

In the book I wrote on the subject, “Return to the Moon: The Exploration, Enterprise, and Energy in the Human Settlement of Space,” is basically a business plan on how you would do that. And if you believe that business plan and you meet the milestones in the business plan, so investors continue to support you, I think within 15 to 20 years you could have a settlement on the Moon from the time you start your first investment-related activity.

But you need that first step. And actually, the first step has nothing to do with power production. The first step is probably one where you are going to use Helium 3-deuterium reactors, at about the current level of development, to produce medical isotopes. It turns out that the fusion product, the protons, are ideal for radiating certain kinds of elements to produce isotopes that are important to positron emission tomography (PET) – positron emitting isotopes that have short half-lives. Right now, PET diagnostics, which is the diagnostic of choice for a particular stage of cancer, uses a relatively long half-life positron emitter of Fluorine-18 isotope and it decays in a half-life of 110 minutes. And that’s great. It doesn’t seem too long but it’s too long for children and pregnant women to be able to take advantage of that technology because of the residual radiation.

Whereas with proton irradiation, you can produce isotopes that have half-lives of 12 minutes or less so that changes the whole paradigm of how you do cancer diagnostics for children and pregnant women. That is probably the first business opportunity of this technology. It’s on the pathway to producing power downstream but it is also a business opportunity that can attract investors.

* A Lunar Miner Design: With Emphasis on the Volatile Storage System