Prime Minister Justin Trudeau answers tax question during Question period on Monday, September 18, 2017. Credit: CPAC.
Share
Liberal MP Wayne Easter, the chair of the Commons finance committee said the communications surrounding the roll-out of the Tax Planning Using Private Corporations consultation “was just god-awful.”  What he didn’t say was that there was a problem with the proposed changes. And there definitely are problems with the proposed changes.

The first issue the Liberals ran into was their own messaging. As Easter said in the Globe and Mail, “whoever drafted that doesn’t have a clue about the amount of effort that goes into being a small business or how it’s established. The communications made people feel that they were being accused of abusing the tax system.”

A clear example of this communication fiasco was in Minister Morneau’s own letter that accompanied the consultation document. In the letter it said “in addition to efforts to combat international tax evasion and avoidance, our Government is looking closer to home, and is taking steps to address tax planning strategies and close loopholes that are only available to some—often the very wealthy or the highest income earners—at the expense of others.”

And therein lies the beginning of the messaging problem the government created for themselves. It makes it sound like law abiding businesses who are using the existing legal tax code provisions are guilty of cheating the government and are using loopholes to circumvent the system. That’s just wrong. There is no loophole.

The tax code was enshrined into law with the exact purpose of providing mechanisms for Canadian-controlled private corporations to save on taxes.

What the government is trying to achieve is to level the tax playing field.  Ok.  That sounds fair. And they are trying to do it in such a way that individuals who own Canadian-controlled private corporations who are making a lot of money pay more taxes. In other words the richest Canadian-controlled private corporations will pay more tax. Once again, that seems fair.

The problem though is that the proposed changes are sweeping, and intentionally or not, they target all Canadian-controlled private corporations, not just the rich ones.

Nicole Verkindt, President of OMX and one of the “Dragon’s” of CBC’s Next Gen Den told SpaceQ in an email “this will absolutely hurt the tech and innovation community. It will really hinder start ups ability to raise capital from angel investors and vice versa, it kills incentives for angel investors to invest in innovative start ups through corporations.”

“I’m on both sides of that coin and am absolutely sure it will hurt both sides. The innovation economy will go to where the capital is, and this will tilt the playing field further towards the United States. Entrepreneurs often take very little to no salary for years (my exact experience) in the hopes of having one good tax year. No corp pension, no extra benefits, no maternity leave, and you take all the risk including the potential humiliation of failing. We create jobs, IP, hire STEM, drive exports and now we are being talked about it like that is evil.”

Verkindt isn’t the only one sounding the alarm. Business associations across the country are lining up and working together to get the government to back down. This includes the new Coalition for Small Business Tax Fairness which has now grown to 63 associations from its 35 associations and represents thousands of members.

One of those coalition members is the Canadian Advanced Technology Alliance. John Reid its CEO said “these complex proposed changes will very much impact investment and growth in the ITC sector, one of the most robust sectors in Canada; and the rushed consultation process this summer is counterproductive to creating effective tax policy and is unacceptable to us.”

SpaceQ contacted the two leading aerospace associations for comment. A spokesperson for the the Aerospace Industries Association of Canada (AIAC) said “it’s not something our members have raised with us as an issue.” That puts them in the minority of Canadian industry associations.

Michelle Mendes the Executive Director of the Canadian Space Commerce Association (CSCA) which represents mostly small businesses and entrepreneurs said “the CSCA is reviewing the proposed tax reform and will comment shortly.”

The Three Issues, For Now

The three issues the government is currently targeting are income sprinkling, passive investments and capital gains. These can be quite technical issues and below are the government explanations. The Globe and Mail had a somewhat simpler set of examples.

Sprinkling income using private corporations, which can reduce income taxes by causing income that would otherwise be realized by a high-income individual facing a high personal income tax rate to instead be realized (e.g., via dividends or capital gains) by family members who are subject to lower personal tax rates (or who may not be taxable at all).

Holding a passive investment portfolio inside a private corporation, which may be financially advantageous for owners of private corporations compared to other investors. This is mainly due to the fact that corporate income tax rates, which are generally much lower than personal rates, facilitate the accumulation of earnings that can be invested in a passive portfolio.

There is no doubt that the government bungled the messaging surrounding this tax reform initiative and compounded it by their continued insistence that it will only affect the rich. Small businesses are uniting against the current proposal. Entrepreneurs and investors are worried.

The consultation process is ongoing with a closing date of October 2nd. You can bet the opposition parties will hammer away at this issue everyday. They may have found an issue that could be used against the Liberals in the election in two years.

The government though has time to fix this mess. The messaging has to change, the substance of the proposed changes needs further consultation. Tax reform must truly be fair for small businesses and those entrepreneurs that chose to take the risky path of creating a new company that contribute jobs to the economy.

Boucher is an entrepreneur, writer, editor & publisher. He is the founder of SpaceQ Media Inc. and CEO and co-founder of SpaceRef Interactive LLC. Boucher has 20+ years working in various roles in the space industry and a total of 30 years as a technology entrepreneur including creating Maple Square, Canada's first internet directory and search engine.
@marckboucher
Previous How Does the Canadian Space Agency Help When Hurricanes Come Calling
Next Podcast Episode 14: Ewan Reid, Mission Control Space Services 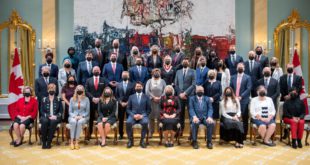 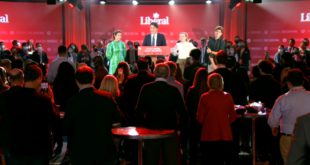