The first university built CubeSat’s for the Canadian Space Agency (CSA) Canadian CubeSat Project (CCP) have made their way to the CSA headquarters for their final preparation ahead of a late summer or early fall launch to the International Space Station.

The two CubeSat’s are from Dalhousie University and the University of Victoria. They are the first of up to 15 CubeSat’s from across the country to be ready for launch as part of the CCP.

While it had been hoped that all the CubeSat’s would have launched by now, the COVID-19 pandemic wreaked havoc with the teams ability to work on their project. SpaceQ has been informed that while teams have done a tremendous job in getting their CubeSat’s ready, a couple of teams might not meet the qualification standards for launch.

The LORIS CubeSat “will be demonstrating new technology and capture images of the coastal region of Nova Scotia using near-infrared and visible range cameras.”

The Dalhousie University team has several objectives for their project.

The Optical and Radio Calibration of Atmospheric Attenuation CubeSat (ORCASat) “will be using a small laser to send a reference signal to a ground telescope allowing measurement of the atmosphere effect on light for astronomers.”

Why build the ORCASat CubeSat?

“Once in orbit, ORCASat will flash a laser light source while traveling across the sky above the observatory. While the light source is on, on-board sensors will measure and record the actual output of the light source. At the same time, an observatory on the ground will take its own reading. As the light travels through the atmosphere and into the telescope, some light will be lost due to absorption and scattering and as a result, the measurement recorded by the observatory will be different than the actual value emitted.”

The CSA contracted with Nanoracks of Webster, Texas to facilitate the launch of the CubeSat’s. Nanoracks provides a cost-effective solution that places the CubeSat’s on a NASA International Space Station (ISS) Cargo Resupply Mission (CRS). The process is quite elegant:

There are three CRS launch opportunities upcoming. They are the SpaceX CRS-25th mission which had been delayed and is now scheduled to launch no earlier than July 14. The Canadian CubeSat’s won’t be on that mission as it’s already been fully manifested.

That leaves a September launch window on the Northrop Grumman NG-18 CRS mission or the SpaceX CRS-26 mission in October. The CSA won’t say which mission the CubeSat’s are on yet.

Boucher is an entrepreneur, writer, editor & publisher. He is the founder of SpaceQ Media Inc. and CEO and co-founder of SpaceRef Interactive LLC. Boucher has 20+ years working in various roles in the space industry and a total of 30 years as a technology entrepreneur including creating Maple Square, Canada's first internet directory and search engine.
@marckboucher
Previous House of Commons Finance committee opens pre-budget consultation process
Next James Webb Space Telescope preview image released 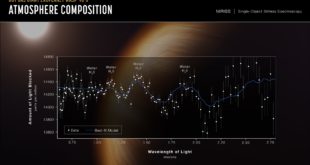 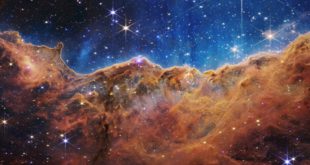 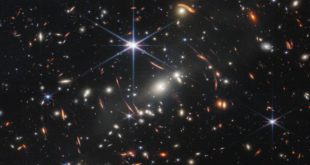