ISED Minister Navdeep Bains today announced that the government was investing $25 million in the Creative Destruction Lab (CDL) so that it can use artificial intelligence tools to measure the success of startups and also continue to grow its business that helps mentor startups.

Specifically the Minister in a press release said “CDL will create and maintain 125 jobs, attract more investments in Canadian businesses, and see more intellectual property developed and retained in Canada. CDL’s project will also involve more than 1,300 science-based ventures in a wider network across Canada over four years, and it is estimated that these ventures could create up to 22,000 new jobs.” The funding announced today comes from the governments Strategic Innovation Fund.

While it remains to be seen if the estimated ventures will “create up to 22,000 new jobs” in Canada, we already know of one new job that CDL has created recently.

Michelle Mendes, a member of the Space Advisory Board and former Executive Director of the Canadian Space Commerce Association, has been hired as the Venture Manager for the CDL Space Stream.

The companies in the first Space Stream are expected to be announced shortly as the stream is scheduled to start mid-month and run to June 2019.

CDL wanted to get upwards of 25 companies in the first Space Stream. SpaceQ has learned of at least three companies that have been selected.

The press release also states that “the funding will help CDL gain insight into the success of start-ups. The research project using artificial intelligence (AI) tools will facilitate CDL supporting business ventures that harness emerging technologies such as AI, clean tech, energy, health, smart cities and space and quantum technologies. The CDL project will also support the growth of science-based business start-ups through mentorship and access to angel and venture capital. In addition, CDL will boost its engagement of young women in the science, technology, engineering and math (STEM) fields to ensure broad representation in the next generation of technology and business leaders in Canada.”

Experiments using the AI technology will be used at these CDL network locations;

Boucher is an entrepreneur, writer, editor & publisher. He is the founder of SpaceQ Media Inc. and CEO and co-founder of SpaceRef Interactive Inc. Boucher has 20 years working in various roles in the space industry and a total of 28 years as a technology entrepreneur including creating Maple Square, Canada's first internet directory and search engine.
@marckboucher
Previous The 18th Annual Canadian Space Summit Begins to Take Shape
Next 10 Minutes About the OSIRIS-REx Mission – World Space Week Talk 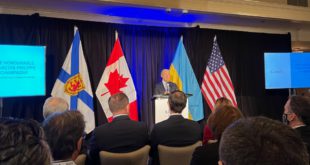 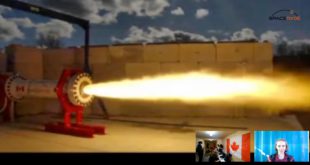