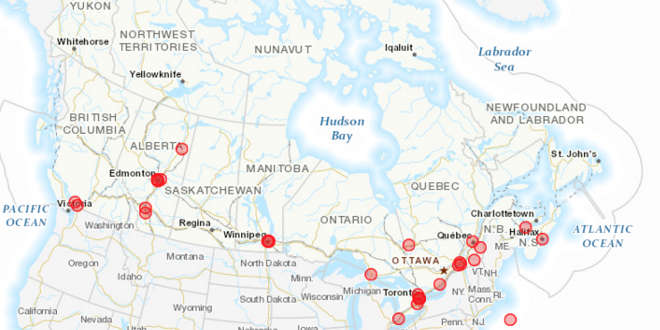 The Canadian Space Agency (CSA) astronaut candidate pool is down to 32 according to a tweet the agency posted to Twitter.  Of those remaining, 12 live and work abroad, 11 are women and 9 are in the armed forces. A list of the remaining candidates is available here.

Find out more about the 32 candidates who are still in the running to #BeTheNextCDNAstro. https://t.co/FgJUSGF2pY pic.twitter.com/Bh6wG0zgpP

We don’t know when the next cuts to the current astronaut candidate class will take place but we do know that two candidates will be selected before August so they can begin training at NASA’s Johnson Space Center at that time.

The two candidates that are selected will start with a salary of $91,300 and be under contract initially for up to two years as they undergo training and evaluation. If they make it through the evaluation, they are then offered a five year renewable contract. Their salary rises with the amount of experience they obtain and once they fly a mission their salary is bumped up to $178,400 at the current level.

During the two years of training at NASA’s Johnson Space Center and in Canada at CSA headquarters in Saint-Hubert, Quebec, the candidates will undergo the following training. Once successsfully completed, candidates are officially given the title of astronaut.

Updated at 4:45 PM: Added one more to the count of armed forces candidates. The CSA only had 31 profiles online until this afternoon.

Boucher is an entrepreneur, writer, editor & publisher. He is the founder of SpaceQ Media Inc. and CEO and co-founder of SpaceRef Interactive LLC. Boucher has 20+ years working in various roles in the space industry and a total of 30 years as a technology entrepreneur including creating Maple Square, Canada's first internet directory and search engine.
@marckboucher
Previous ISED Begins Consultation on the Licensing Framework for Non-Geostationary Satellite Orbit (NGSO) Systems [Updated]
Next The Canadian Space Agency Wants Input on an AO for Industrial Capability Programs