Satellites are a principal method of modern long distance communications for good reason: there’s a lot of advantages in using them. For most individuals or small organizations, though, it’s still out of touch.

This may not be seen as a problem for urban dwellers with easy access to modern cell towers and high speed networks. For those who are outside those networks, though, access to satellite communications would be a big help.

Ottawa based C-COM has been working to help provide solutions for this issue for decades now. Their iNetVU portable satellite uplink/downlink devices have become increasingly smaller and more portable over the years: going from being truck-mounted to being small and portable enough to carry on your back and assemble in minutes. It’s been a valuable business. Between rural residents, resource industries, and First Nations, there are a lot of Canadians outside of the standard telecommunications footprint. The same is true in many parts of the globe.

They’re still traditional satellite dishes, though, with the issues of any satellite dish: they can only track one satellite at a time, and can only do it as quickly as their mechanical motors allow. That was fine when the target was distant geosynchronous satellites. Now that satellite communications is switching over to constellations of low-earth orbit satellites, new solutions are needed.

Most people have seen waves interfere with each other from simply seeing raindrops on water. When two waves meet, parts of the wave will disappear, and others will remain. If the timing of the drops changes, the pattern of waves will change as well.

Phased array antennas take advantage of this quirk of physics. By using dozens or hundreds of small antennas transmitting in a precise sequence using precise timing, they can use this interference to “steer” an antenna to transmit in a specific direction, without having to physically move the array or use a standard satellite dish. The larger and more numerous the array of antennas is, the more precise the transmission.

This technology has been used for decades; in AM/FM radio broadcasting, in naval radar, and in weather forecasting. But, up until recently, it hasn’t seen a lot of use in satellite communications. C-COM is hoping to change that.

The C-COM phased array is still under development. They’re working with the University of Waterloo’s Centre for Intelligent Antenna and Radio Systems (CIARS) to develop the technology. Their solution uses 4×4 groups of modular antennas, which can be scaled up to 16×16 or larger arrays of antennas. The 4×4 subarrays are quasi-independent “intelligent modules”, working together to transmit and receive multiple moving Ka-band satellite signals.

They believe that their approach, once fully realized, will have a variety of exciting benefits. Because groups of sub-arrays will be able to work in parallel to focus their transmission on individual satellites, and because phased array transmissions can change directions much faster than mechanical satellite uplinks, the array will be able to easily track multiple fast-moving satellites. This is critical for Low Earth Orbit (LEO) satellite-based Internet service — high-speed simultaneous tracking will be essential to avoid transmission interruptions.

It also means that the array itself can be mobile. While C-COM’s man-portable ManPack satellite uplinks can be easily moved, they’re basically immobile while transmitting, and are still comparatively large and bulky devices. The phased array antenna is smaller, lighter, and can easily be used on the move. It can be mounted on any kind of vehicle, and smaller arrays could easily be portable enough for humans to carry.

Most importantly, though, they’re working to ensure that their phased array satellite uplinks are economical.

C-COM isn’t the only player in this market. In fact, their University of Waterloo partners note that a switch to phased-array antennas is going to be necessary, saying that “Phased-array antenna is turning out to be the only solution for a robust wireless communication at millimeter-wave” —namely the Ka-band communications ideal for satellite-based data transmission. With the billions of dollars being poured into LEO satellite constellations, it’s no surprise that a lot of companies are looking at phased array antennas.

C-COM’s competitive advantage will likely be their experience in economical consumer-level portable satellite uplinks. Most of their competitors, like Arralis, are focused on large corporate clients like the aerospace industry that can afford expensive antenna arrays. Yet while their current antenna setup is likely to cost $10,000 — still appropriate for a “very large number of vertical markets” according to C-COM CEO Leslie Klein — C-COM’s actual goal is a “reasonable consumer price” of $1000 or less for smaller arrays intended for LEO satellites.

This goal is possible, he maintains, “with large orders and large manufacturing runs”, as well as partial subsidies from bandwidth providers. That will allow for underserved populations, like rural residents and members of First Nations here in Canada, to get affordable high-speed internet access.  This democratizing effect had always been a part of C-COM’s business model, and one of their main contributions to the Canadian communications landscape.

Development is ongoing. C-COM has already successfully tested of the 4×4 sub-arrays. They have received their second Canadian patent for a unique method of calibrating phased array antennas, which CIARS director Dr. Safieddin (Ali) Safavi-Naeini called “an integral part of its first fully passive phased array antenna made of 4X4 intelligent modules”. They’ve had successes, but it’s a very competitive field, and a lot of international skill and money is being invested into phased array technology.

Still, they’re hardly a startup desperately hustling for cash. C-COM is an experienced company with an established, focused market and experienced people. And they’re not only aware of the competition, they welcome it: in an interview with Satellite Evolution TV, Klein has said that the competition will mean that “learn from each other how to make this product better, cheaper, and more available to all the billions of people that need this type of connectivity.”

Craig started writing for SpaceQ in 2017 as their space culture reporter, shifting to Canadian business and startup reporting in 2019. He is a member of the Canadian Association of Journalists, and has a Master's Degree in International Security from the Norman Paterson School of International Affairs. He lives in Toronto.
Previous Airbus Defence and Space Limited Awarded Support Contract for RCM and PE2 Cryptographic Subsystems
Next Meet International Terranaut Daniel Schulten 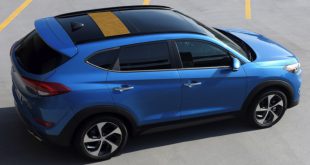 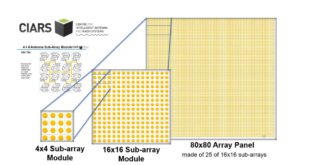