Not long after launch the Soyuz MS-10 experienced an anomaly which prompted the escape capsule to jettison and return safely to earth. Credit: NASA TV.
Share

U.S. astronaut Nick Hague and Russian cosmonaut Alexey Ovchinin are safely back on Earth after a harrowing launch attempt early this morning to the International Space Station (ISS) was aborted after a Soyuz-FG booster failure inflight.

NASA’s Administrator tweeted this morning that “NASA astronaut Nick Hague and Russian cosmonaut Alexey Ovchinin are in good condition following today’s aborted launch. I’m grateful that everyone is safe. A thorough investigation into the cause of the incident will be conducted”

.@NASA astronaut Nick Hague and Russian cosmonaut Alexey Ovchinin are in good condition following today’s aborted launch. I’m grateful that everyone is safe. A thorough investigation into the cause of the incident will be conducted. Full statement below: pic.twitter.com/M76yisHaKF

There are two immediate implications of this action.

There is no way for Russians to launch astronauts to the International Space Station until the investigation is complete and the Soyuz-FG returns to flight. American access to the space using either the Boeing or SpaceX manned spacecraft won’t happen until early next year with the first uncrewed demonstration flights. Should those succeed, then a crewed demonstration flight would follow perhaps by mid-year. Regular crewed flights won’t happen until after those milestones are achieved.

For Canadian astronaut David Saint-Jacques, it means his December launch date is on hold for the moment. It seems unlikely an investigation can be undertaken and completed and have Russian return to flight occur within the two months before Saint-Jacques is scheduled to fly.

Saint-Jacques is in Baikonour as he was part of the backup crew. His last tweet showed him in front of the ill-fated Soyuz.

Another factor that could delay Saint-Jacques flight is that today’s astronauts, Nick Hague and Alexey Ovchinin, are fine and are intended to fly first.

The Canadian Space Agency issues a statement which in part said “the Canadian Space Agency is monitoring the situation. Safety of the crew is the utmost priority for all space agencies. A thorough investigation into the cause of the incident will be conducted by Roscosmos, the Russian space agency. It is not known whether this will affect Canadian astronaut David Saint-Jacques’ launch date of December 20, 2018.”

The next scheduled launch to the ISS is October 31 when a Russian Soyuz-2.1a, a different variant of the Soyuz rocket, is supposed to launch the 71st Progress cargo resupply spacecraft. It’s unclear if this launch will proceed, though it seems unlikely. Even before the resupply mission takes place, a Soyuz 2.1b, yet another variant of the Soyuz, is scheduled to launch a Russian satellite to Low Earth Orbit.

Boucher is an entrepreneur, writer, editor & publisher. He is the founder of SpaceQ Media Inc. and CEO and co-founder of SpaceRef Interactive LLC. Boucher has 20 years working in various roles in the space industry and a total of 30 years as a technology entrepreneur including creating Maple Square, Canada's first internet directory and search engine.
@marckboucher
Previous 10 Minutes About the OSIRIS-REx Mission – World Space Week Talk
Next 10 Minutes About STRATOS – The Stratospheric Balloon Program – World Space Week Talk 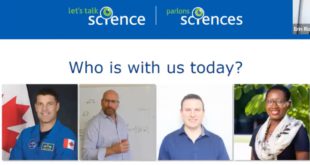 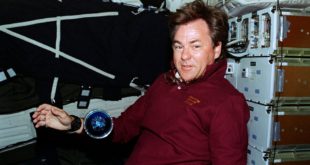 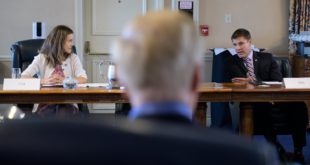