Does the UK Space Agency Spaceport Report Point the Way Forward for Canada?

The UK Space Agency commissioned an independent report completed by Frost & Sullivan which in part concludes that there is a good investment opportunity to support a UK based spaceport.

According to the report, “the total UKSA (UK Space Agency) addressable small satellite launch market for 2021–2030 is $5.5 billion” of a larger projected “global high scenario of $115.9 billion over the same period.”

The report then states that the “current high estimate for the number of small satellites launched during the forecast period 2018–2030 is 17,374, with more than 70% of the satellites in the <250 Kg weight class.”

Furthermore the report states “more than 30 small-satellite operators plan to launch their low earth orbit satellite constellation, amounting to a total of 7,217 satellites. These satellites have two to five years of satellite life and will generate recurring demand for the replacement missions.”

That’s quite a large marketplace, even if it’s the higher estimated range. Of course, not all those projected small satellites will get built, and neither will all those satellite constellations.

The report also states that “the two major unmet needs of the small-satellite operators are the launch orbit requirement and near-zero launch wait period. The existing rideshare launch services do not address these requirements as small satellites are the secondary payload for their mission.”

These two unmet needs are why, as detailed in the Small Launch Vehicles – A 2018 State of the Industry Survey, that there were at the time of survey 79 small launch vehicles either operational, under development or rumoured.

The question is, what is the addressable market for a Canadian spaceport? And does the UKSA report point the way forward for Canada?

Looking at only domestic launch needs, there are 11 Canadian companies planning to launch satellite constellations that we’re aware of. Then there’s the Canadian Space Agency and the Department of National Defence who have several satellites in the planning and or building stages.

Canada has no spaceport at this time. Maritime Launch Services (MLS) is the only company planning to build one, in Nova Scotia. While MLS has gotten further than any other proposed venture, and critically, passed its environmental review, it has yet to announce who will provide its funding.

In an interview with SpaceQ in Nov. 2017, MLS CEO Steve Matier told SpaceQ “we have been through seed funding and bridge funding and closing series A and series B.” He then clarified “we are in the final closing” of Series A. That was before the environmental review was extended a year.

MLS will need to get that funding in place by the spring of 2020, which is when they’ve stated construction would start. That would get them back on schedule after recently completing a long environmental review.

MLS currently does not have any government funding. Based on the UKSA study and others, and the evidence of a marketplace needing a supply of small to medium satellite launch providers and spaceports, should the Canadian government provide any funding? Clearly the UK government sees an opportunity and is investing it. The same is true of the US, Chinese, and Indian governments, to name a few of the players.

Boucher is an entrepreneur, writer, editor & publisher. He is the founder of SpaceQ Media Inc. and CEO and co-founder of SpaceRef Interactive Inc. Boucher has 20 years working in various roles in the space industry and a total of 28 years as a technology entrepreneur including creating Maple Square, Canada's first internet directory and search engine.
@marckboucher
Previous The Canadian Space Agency Launches German and Brazilian Global Connections Days Web Page
Next Space Engine Systems’ Quiet Bid to Revolutionize Space Travel 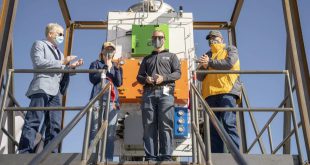 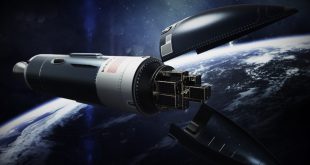