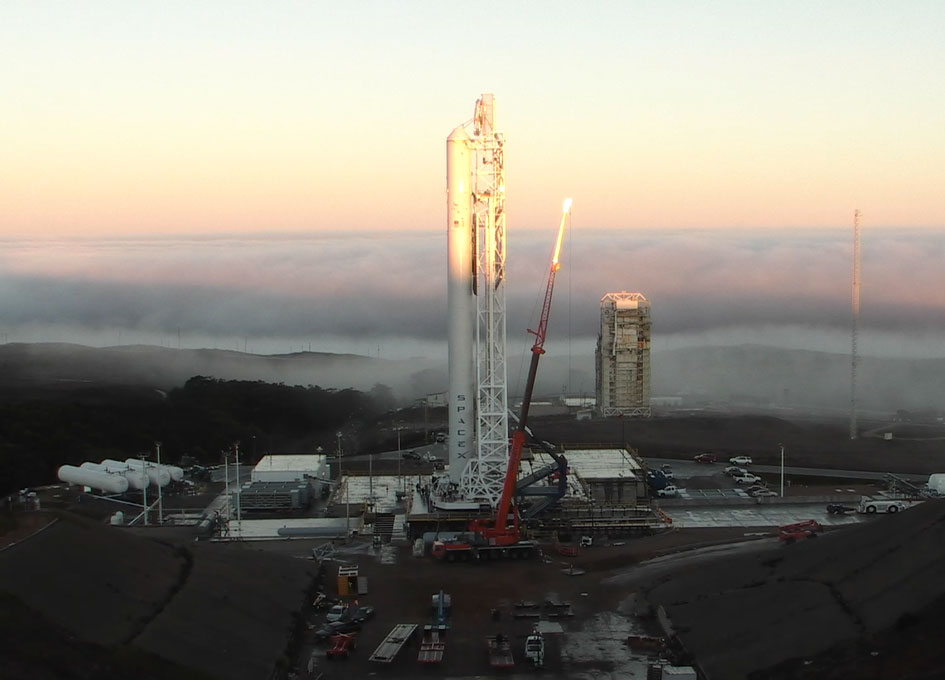 After Years in Storage CASSIOPE Satellite Set for Launch (Updated)

I bet you didn’t know that if you drove onto the West Island of Montreal via the Trans-Canada Highway, that in a nondescript building at MDA’s Sainte-Anne-de-Bellevue office, on the north side of the highway, was a $140 million satellite securely stored and awaiting its mission the last few years.

Almost a decade after the it was announced, the Canadian Space Agency CASSIOPE satellite appears set to launch this Sunday on a SpaceX Falcon 9 v1.1 rocket, barring any delays. SpaceX recently conducted a “hot fire” test of the rockets engines and the launch is set to proceed.

At the time it was announced little did then President Marc Garneau know how many delays the mission would encounter. “Our investment in the design of these new space satellites will increase Canadian knowledge and expertise, diversify our space industry and enhance the timely delivery of Canadian payloads on a more frequent basis.”

When announced it was hoped that CASSIOPE would launch in 2007. And in 2005 MDA signed a sweetheart of a deal with SpaceX for a third quarter launch in 2008.

The deal MDA signed was for SpaceX, still a very new company in 2005 without a single launch to its name, to launch CASSIOPE on a Falcon 1 rocket from Vandenberg Air Force Base for a reported price of less than $10 million. That was too good a price to pass up. At the time SpaceX was advertising the Falcon 1 launch at $5.9 million before raising the price to $9 million in 2009. The price is less than 20% of what it would cost today on the rocket it will now launch on.

For the Canadian government, which wanted to keep the cost of any mission low, who where they to argue with such a sweet deal.

Unfortunately as is the case with any new rocket there are delays and failures. SpaceX would launch three Falcon 1 rockets between March 2006 and August 2008, all which failed, though the third was considered a partial-success by SpaceX. However in September 2008 the first successful Falcon 1 launch was completed and SpaceX has not had a failure since then.

SpaceX only flew one more Falcon 1 though after that first successful launch and shifted its focus to the bigger Falcon 9 rocket. Development of this rocket caused further delays in the SpaceX launch schedule.

Then SpaceX competed and won a contract to supply NASA with a cargo resupply service to the International Space Station. This meant more delays for CASSIOPE.

SpaceX in 2012 officially retired the Falcon 1 and CASSIOPE was moved to the much bigger and successful Falcon 9 rocket.

However the move came with an asterisk. SpaceX decided that CASSIOPE would fly on the first launch of the upgraded Falcon 9, labelled version 1.1 or just Falcon 9 v1.1. While similar to the original Falcon 9 the new upgraded version sports the more powerful Merlin 1D engines which have yet to fly, a much longer fuselage, a new larger fairing and a number of other upgrades to the rocket including its software.

Which brings us today, just days away from the CASSIOPE launch and five years later than when it was scheduled to launch.

SpaceRef contacted MDA and Dr. Andrew Yau, the principal investigator of ePOP, to discuss the launch and if after 10 years were the variety of experiments still relevant and what if any upgrading the satellite needed since its been sitting idly in storage for several years. 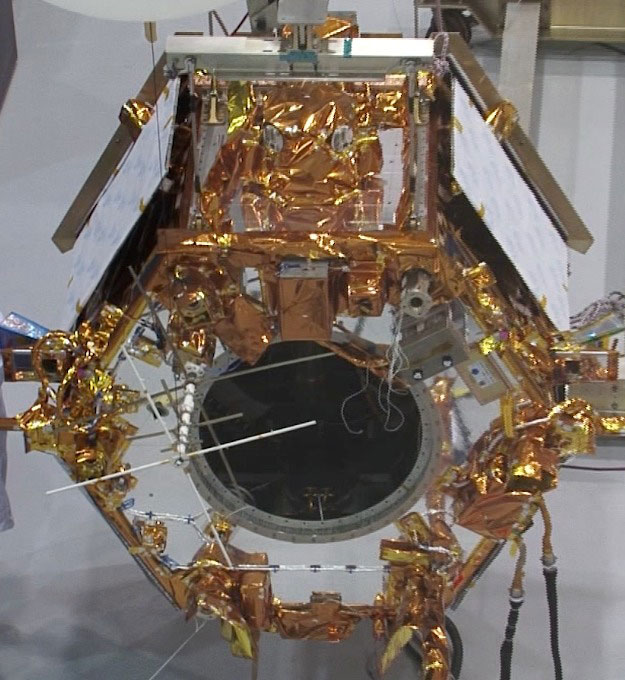 Dr. Yau said “yes, I would say so – the more we learn from other sources of data, the more relevant the underlying scientific questions remain. There is now a much broader appreciation of the impact of space weather on our daily life than 10 years ago. As we know more about plasma outflows, there is also increased scientific interest in understanding their important effects on the Earth’s upper atmosphere and ionosphere and its space weather.”

Dr. Yau also said that while some of the experiments software parameters might need changes, there was probably no need for instrumentation software upgrades, though one instruments GPS receiver firmware and software did need upgrading which has been performed.

For the researchers “the delay has been frustrating and problematic, but it has been very inspiring to see everyone on both the science and the technical teams maintaining their focus on the eventual success of the mission despite the increasing budgetary and programmatic challenges” Dr. Yau said.

The launch will also be the first out of SpaceX’s new Vandenberg launch complex. And SpaceX has classified this launch as a “demonstration launch”. And it was only a few of weeks ago that the Federal Aviation Administration (FAA) gave SpaceX a waiver to launch the new rocket though in the waiver it did cite the Air Force as stating it “has determined that its overall failure probability is nearly fifty percent for each of the first two launches.”

So while that less than $10 million launch contract looked really good in 2005 when it was signed, it seems that aside from the ongoing launch delays, CASSIOPE must now launch on an upgraded rocket with a greater risk of failure.

This is the nature of the launch industry though. And while SpaceX is calling this a demonstration launch, it is in their best interest to launch only if they feel the rocket and technology is ready. However no matter how much you try to cover every contingency, there is always that chance the launch will fail.

For Canada and the Canadian government which accepted this risk due to the nations meagre space budget, let’s hope that SpaceX delivers a flawless launch.

Boucher is an entrepreneur, writer, editor & publisher. He is the founder of SpaceQ Media Inc. and CEO and co-founder of SpaceRef Interactive Inc. Boucher has 20 years working in various roles in the space industry and a total of 28 years as a technology entrepreneur including creating Maple Square, Canada's first internet directory and search engine.
@marckboucher
Previous A New Study Links Prehistoric Climate Shift with Cosmic Impact in Quebec
Next Canadian Space Pioneer Dr. Philip Lapp Passes Away 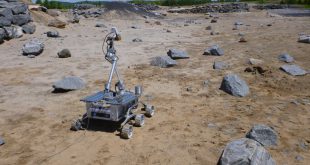