Dr. Alexander Degtyarev, the Director General of the Yuzhnoye State Design Office in the Ukraine, passed away last week from COVID-19.

In a letter to those who who knew Dr. Degtyarev, Deputy General Director Dmitry Pozdniakov said “the demise of the most devoted person with global vision, talented leader, reliable partner and mentor for many of us is the unrecoverable loss for his family, friends and colleagues, our company and our country, as well as for the entire global space and scientific community. Memory of Dr. Alexander Degtyarev will always live in our hearts directing us towards the high goals and endeavours.”

In a press release on their website, Yuzhnoye outlined many of the programs Dr. Degtyarev worked on.

“He gained experience in design, development, testing and operation of strategic missile complexes and space launch systems. He made a considerable practical contribution to the development  and  upgrading  of  the missile complexes, and to the upgrading and commercial use of the Zenit and Dnepr launch systems, several spacecraft and satellite systems, into implementation of well-known international cooperation projects such as Sea Launch, Land Launch, Dnepr, Antares, Vega.”

Yuzhnoye has been working with Nova Scotia based Maritime Launch Services to bring their Cyclone 4M medium rocket to Canada.

Steve Matier, CEO of Maritime Launch Services, broke the news to the Atlantic Space Sector Roundtable this morning and expressed his sympathy and called Dr. Degtyarev a visionary. He also stated progress on bringing the Cyclone 4M to Canada is proceeding, and that work with Yuzhnoye will continue.

“Born on October 31, 1951, in the city of Yaransk, Kirov region, Russia. Graduated from Leningrad Mechanical Institute, major: aircraft propulsion, (1975) and from School of Economics at Dnepropetrovsk National University (2001). Underwent study courses and training in several aerospace companies of the United States and France.” Dr. Degtyarev was 69.

Boucher is an entrepreneur, writer, editor & publisher. He is the founder of SpaceQ Media Inc. and CEO and co-founder of SpaceRef Interactive LLC. Boucher has 20+ years working in various roles in the space industry and a total of 30 years as a technology entrepreneur including creating Maple Square, Canada's first internet directory and search engine.
@marckboucher
Previous Food security and space farming
Next 2021 pre-budget consultations resume 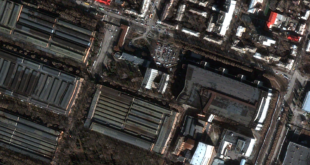 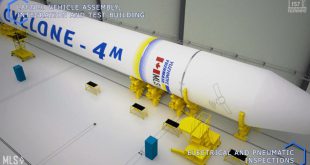