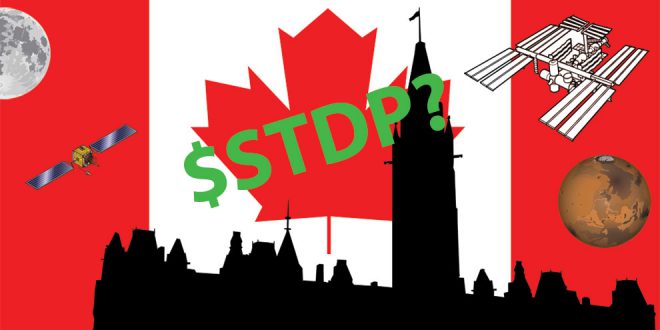 What Space Technology Should the Canadian Space Agency Fund?

The Canadian Space Agency (CSA) has issued a Letter of Interest (LOI) soliciting ideas from the space community for the Space Technology Development Program (STDP) before a potential Request for Proposals (RFP) is issued. This is a refreshing departure from recent STDP solicitations.

Although the timeframe to respond is short, two weeks from the notice, which was February 15, it does allow those interested in having a say in what may be considered for the potential RFP.

For this STDP funding round, the CSA  has identified 17 technologies “as priorities in connection with possible opportunities for Canadian participation in national or international space missions of interest to Canada. For each priority technology, work on the development and improvement of these technologies that can reach a technology readiness level (TRL) 6 is being considered in order to reduce technical uncertainties and contribute to the decision-making process for potential participation in space missions that are of interest for Canada.”

Interested parties have until March 1 at 2:00 p.m. EST to submit their ideas. The RFP, should it go forward, and it would be a surprise if it does not, would be issued in mid-April.

This solicitation, should it max out the budget allocated for the 17 technologies, would provide $11,450,000 in funding, some of it over a two year period.

Of course, depending on the responses from the LOI’s, the budget and technologies funded could change.

The last STPD announcement for priority technologies was in 2015 and resulted in $13.8 million being allocated to 38 technologies.

While funding to the STDP has increased, it still is not at the levels called for by both the Aerospace Industries Association of Canada (AIAC) and the Canadian Space Commerce Association (CSCA).

Last fall, as part of their brief to the House of Commons Finance Committee the AIAC said “an additional $55M should be allocated over the next two years for research and development of innovative Canadian space technologies including satellite communications, space based radar, and optical systems and robotics through competitive, broad based programs such as CSA’s Space Technologies Development Program (STDP); or participation in other ESA technology development programs. Investment in ‘preparatory activities’ such as STDP would be $45M; with an additional $10M to spur the development of ‘downstream applications’ that exploit space data as a growing component of the ‘big data’ revolution.”

The CSCA, in its submission* to the Finance Committee in January of 2016 had called for an additional $25M per year for fours years.

In looking through the list of technologies the CSA has prioritized for this LOI we see several themes. They range from technologies for rovers, be it for Mars or some other planetary body, medical technologies for future human missions in space, to some Earth Observation technologies. The full list is below.

Some of the Earth Observation technologies listed would most likely find their way onto small satellites.

Developing small satellites, and in particular new sensors for small satellites, is something the CSA should be funding in earnest. Why they have not invested more in this area is a question the CSA needs to answer. The CSA has been flirting with funding nanosatellites, CubeSats, and small satellites for years, but has yet to jump all in.

In the meantime, global development in this area is growing exponentially. NASA last week announced its Eighth Class of candidates for launch as part of their  CubeSat Space Missions, selecting 34 small satellites from 19 States to launch between 2018-2020.

How many Canadian CubeSats or small satellites will the CSA launch between 2018-2020? At the moment, zero.

It will be interesting to see what comes of the LOI and how the potential RFP is crafted, should it come out in April. 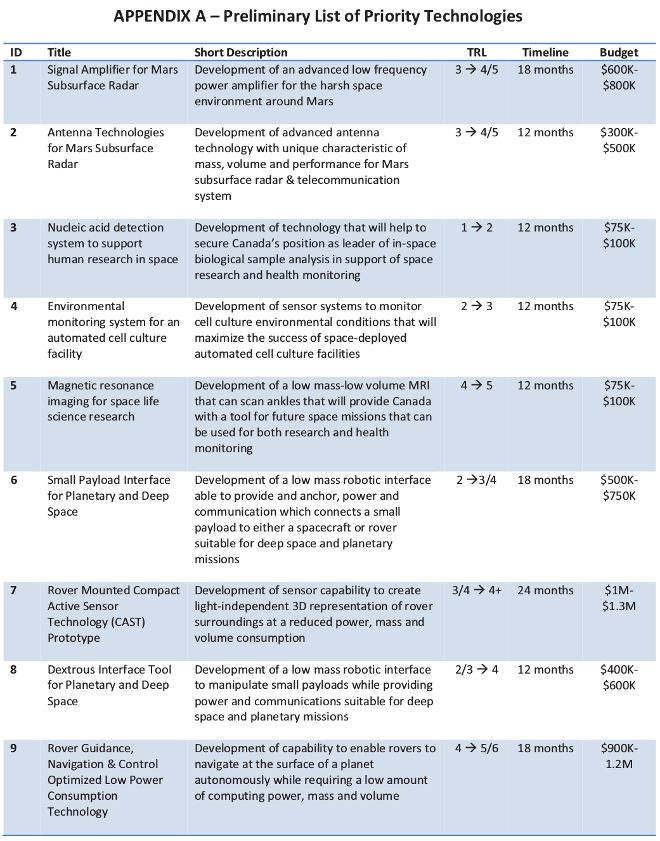 * At the time Marc Boucher, author of this article, was the Executive Director of the CSCA and wrote the CSCA submission to the Finance Committee.

Boucher is an entrepreneur, writer, editor & publisher. He is the founder of SpaceQ Media Inc. and CEO and co-founder of SpaceRef Interactive LLC. Boucher has 20+ years working in various roles in the space industry and a total of 30 years as a technology entrepreneur including creating Maple Square, Canada's first internet directory and search engine.
@marckboucher
Previous MDA Reportedly in Talks to Acquire DigitalGlobe
Next TRAPPIST-1 Is Another Exciting Star System as We Hunt for Exoplanets and Habitable Worlds