In the last couple of days a trio of industry reports has been released from Euroconsult, Space Capital, and Bryce, sources we track. Here’s a glimpse into each report.

State of the Satellite Industry 2022

This report comes from the Satellite Industry Association but was produced by Bryce and you can download the summary here. It covers 2021. To access the full report contact the SIA directly.

According to Space Capital in their latest report, “Space technology markets appear to be at a crossroads.”

“On the one hand, current economic headwinds are fierce: inflation has accelerated to 9.1%, and the Fed raised interest rates by 0.75%, with another similar raise expected again this month. With Q1 GDP growth at -1.6% and Q2 expected in two weeks, a technical recession now seems more likely than before. This is putting pressure on equity markets which finished their worst first half in over 50 years. It’s no wonder that companies are not feeling rushed to enter the public markets.”

Prospects for the Small Satellite Market

Euroconsult released its annual Small Satellite Market this week. In it they stating “The market intelligence report, now in its 8th edition, anticipates that about 18,500 smallsats will be launched over 2022-2031, representing about 365 tons per year, i.e., one ton per day to be launched on average over the next ten years. However, the smallsat market presents a growing number of challenges such as high inflation, limited market addressability, difficult profitability, oversupply risk and concentration of the market by a handful of established players.”

“The main driver for continued growth at times of macro-economic uncertainty due to the war in Ukraine, the COVID pandemic, disrupted supply chains, high inflation and central bank monetary policy changes remains NGSO constellations, driven by LEO broadband and Earth observation and the continuous necessity for replenishment launches. Of all smallsats to be launched over 2022-2031, 81% are expected to be part of constellations.”

“The smallsat manufacturing and launch market value will quadruple over the next decade, to $56 billion and $29 billion respectively, driven by the multiplication of constellation projects from both commercial and government stakeholders. Euroconsult has released its updated findings at a time of smallsat mega-factory multiplication in various nations across the world, initiated in the U.S. and China.”

“Flagship examples of low earth orbit (LEO) broadband constellations, such as SpaceX’s Starlink and China’s GuoWang, account for over half (53%) of the projected demand over 2022-2031 in units. Readers are therefore advised to go beyond raw numbers as vertical integration keeps growing with numerous players seeking to manufacture, operate and launch their own smallsats. Significant future market shares are now captive of a region, country or of an integrator and/or launch provider, challenging both commercial satellite integrators and launch providers which see more of their target customers not only leaving their addressable market, but also competing with their own services.”

The full report can be purchased here. However, a very useful “free extract of the report”of the report is also available.

Boucher is an entrepreneur, writer, editor & publisher. He is the founder of SpaceQ Media Inc. and CEO and co-founder of SpaceRef Interactive LLC. Boucher has 20+ years working in various roles in the space industry and a total of 30 years as a technology entrepreneur including creating Maple Square, Canada's first internet directory and search engine.
@marckboucher
Previous Canadian rocketry engineers aim high
Next DND’s Gray Jay satellites on track for Q4 2023 launch 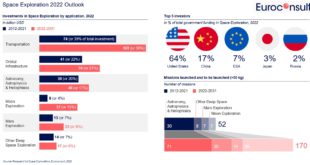 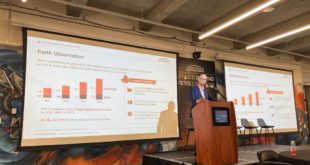 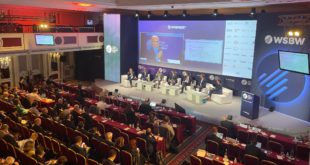