As with previous years, the report breaks down indicators, this time 18, into four focused areas; environmental sustainability, access to and use of space, technologies for space security, and space governance.

The full 244 report is freely available online as is a shorter Executive Summary.

Some of the topics covered include:

According to Project Ploughshares there is a some good news, “the UN Committee on the Peaceful Uses of Outer Space (COPUOS) reached consensus on 21 voluntary guidelines to enhance the long-term sustainability of space activities. And as the number of countries and industries with a stake in outer space increases, more of the world’s people are able to benefit from access to space-based data and services. But so, too, does the need for cooperation and regulation.”

Project manager Dr. Jessica West says “the newly released 15th volume of the annual report as ‘striking’ for its illustration of the growing gap between governance and the types of activities taking place in outer space.”

This years Global Assessment was written by Dr. Rajeswari Pillai Rajagopalan, a Distinguished Fellow and Head of the Nuclear and Space Policy Initiative at Observer Research Foundation in New Delhi, India and Technical Advisor to the Group of Governmental Experts on the Prevention of an Arms Race in Outer Space (PAROS).

Project Ploughshares states that the Global Assessment is prepared by a different expert on space security every year to encourage a range of perspectives over time.

Dr. Raji Rajagopalan said of his Global Assessment “there is little question that the international community recognizes the need for new efforts in space governance, though this recognition has not yet compelled them to reach an agreement. Space is truly a global commons and also a limited commodity; hence it is incumbent upon every state to join in preserving it for future generations.”

Some of the facts highlighted in the report are;

The Space Security Index 2018 was produced by civil society and academic organizations under the leadership of Canadian nonprofit organization Project Ploughshares. Partners include The Simons Foundation Canada; the Institute of Air and Space Law at McGill University in Montreal, Quebec; the Space Policy Institute at The George Washington University in Washington, DC; the Research Unit on Military Law and Ethics at the University of Adelaide Law School in Australia; and the School of Law at Xi’an Jiaotong University in China.

Boucher is an entrepreneur, writer, editor & publisher. He is the founder of SpaceQ Media Inc. and CEO and co-founder of SpaceRef Interactive LLC. Boucher has 20+ years working in various roles in the space industry and a total of 30 years as a technology entrepreneur including creating Maple Square, Canada's first internet directory and search engine.
@marckboucher
Previous Japan Launches GOSAT-2 with Canadian Built Interferometer Onboard
Next 1985 and 1986 – The Two Years Everything Changed: What’s in Canada’s Long Term Space Plans? Part 3 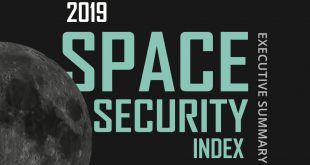 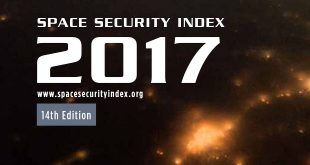