The Canadian Arctic Research Expedition (CAN-ARX) is a new post-secondary student competition organized by the Students for the Exploration and Development of Space (SEDS) Canada in partnership with the Western University’s Institute for Earth and Space Exploration.

The competition bills itself as “Canada’s only competition for post-secondary students to design an experiment for Canada’s Arctic.”

“SEDS-Canada’s goal is to train the next generation of Canadian scientists and engineers through space-related opportunities and experiences for students. Canada’s Arctic provides a unique environment for planetary science, space science, and instrumentation experiments as it is a good analogue for Mars and icy bodies.”

The CAN-ARX competition is looking for proposals in four areas of research: planetary science, atmospheric science, food production and resource utilization, and remote healthcare. The competition proposals are due July 18, 2021.

There’s more than one way go get involved in the competition. Aside from submitting a proposal, the program is offering these other ways of participating:

In addition to the research proposal competition there’s also a CAN-ARX logo design contest. The winning design will be the official emblem of the Arctic Research Expedition. The winner will received a CAN-ARX team shirt, a CAN-ARX project poster, and an embroidered mission patch all with the winning logo on it.

Boucher is an entrepreneur, writer, editor & publisher. He is the founder of SpaceQ Media Inc. and CEO and co-founder of SpaceRef Interactive Inc. Boucher has 20 years working in various roles in the space industry and a total of 28 years as a technology entrepreneur including creating Maple Square, Canada's first internet directory and search engine.
@marckboucher
Previous Planetary and Terrestrial Mining Sciences Symposium and Space Resources Roundtable Program Available
Next Maritime Launch Services selects Stantec to lead spaceport facility design 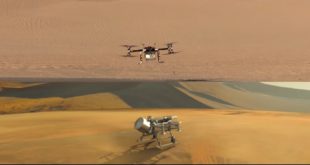 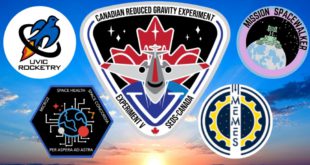 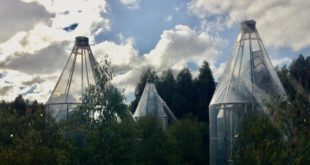